OMAHA (DTN) -- Cellulosic technology companies have invested time and millions of dollars to explore ways to convert biomass into cellulosic ethanol for the better part of 20 years.

Many other companies have created technologies prime for breakouts, only to face doubts about the future of the Renewable Fuel Standard.

"Think about the companies that worked at developing a cellulosic solution going back a decade ago," said Brian Thome, during a recent interview with DTN. Thome is president and chief executive officer of cellulosic ethanol developer Edeniq, based in Visalia, California. "Fast forward to today: that road is littered with the carcasses of the vast majority of those companies."

The emergence of a commercial cellulosic ethanol industry has been slow. A number of technical and federal policy challenges has made full commercialization difficult.

The Energy Independence and Security Act of 2007 called for 21 billion gallons of cellulosic ethanol production by 2022 -- the industry has fallen far, far short. The most recent RFS volumes proposed by EPA set the number at 238 million gallons.

Still, industry leaders say their companies are on the verge of commercialization.

There are seven operational cellulosic ethanol plants in the United States, according to Ethanol Producer Magazine. Those plants have about 53 million gallons in production capacity using crop residues, other biomass, waste and even corn to produce cellulosic gallons in Iowa, Georgia, Missouri, Virginia and Oregon.

The industry had a setback when DowDuPont recently announced plans to sell its 30-million-gallon-per-year capacity, $225 million cellulosic ethanol plant in Nevada, Iowa. This came fewer than two years after the company hosted a grand opening. That plant accounts for more than half of total production capacity online, and was still in start-up mode at the time of announcement.

Poet-DSM Advanced Biofuels announced in recent weeks, however, that it had achieved improvements pretreatment at its "Project Liberty" corn stover-to-ethanol plant in Emmetsburg, Iowa, making it easier to move biomass through the 20-million-gallon plant.

"In just 10 years, we have done what it took the corn-ethanol industry 50 to 60 years to get done. It's an exciting time right now. We're seeing more and more gallons coming out of fiber. There is growth opportunity into low-carbon fuels due to the RFS and getting market access."

There are eight other proposed cellulosic ethanol plants that would add another 186 million gallons of capacity using a variety of biomass feedstocks, according to EPM. That includes projects in Iowa, Mississippi, Maryland, Kansas, Oregon, Georgia and North Carolina. There are four idled plants, including the former Abengoa Bioenergy plant in Hugoton, Kansas, and three others in Florida, Tennessee and Michigan, accounting for another 34 million gallons.

While many companies spent hundreds of millions of dollars in developing and building new plants, perhaps the most significant development in cellulosic ethanol has come on the enzymes front. The enzymes, used to break down feedstocks of all kinds, have seen dramatic improvement in their ability to access cellulosic sugars never-before available for biofuels production.

Earlier this month, a number of representatives from the industry met on Capitol Hill to lobby members of Congress.

One of those companies, Novozymes, has been at the forefront of discovering new and improving known enzymes used in biofuels.

"Where we are today, with 150 researchers and a $250 million investment, made it possible for enzymes costs to come down by 90%," said Adam Monroe, president of the Americas for Novozymes.

"The efficiency of corn plants has improved. Over 10 years ago, we made that bet based on that policy (the RFS). When we made advancements, we uncovered whole new classes of organisms. That has gone on to benefit the whole agriculture sector, to opening new areas of advanced biofuels."

The future of cellulosic ethanol largely has centered on converting biomass including switchgrass, wheat straw and others to ethanol. Enzymatic improvements, however, now make it possible for every corn-ethanol plant to produce cellulosic ethanol with little or no capital expenditure.

"At most conventional ethanol produced, those plants are ready for cellulosic," said Tom Koehler, co-founder of Pacific Ethanol based in California. "These are integrated biorefineries that produce all sorts of products."

Koehler said during the Senate briefing the RFS ups and downs have "not been helpful at all. We are pursuing technologies that require some market certainty."

Edeniq's Thome said his company's enzymatic technology has the potential to add 300 million to 600 million gallons of cellulosic production to the nation's fuel supply with no capital investment at existing ethanol plants.

Edeniq's system helps corn ethanol producers certify D3 renewable identification numbers, or RINs, gallons in the RFS. In addition to the money made from selling ethanol, those plants make money on the RINs.

"What we learned and decided early on is whatever is most economic for the customer is going to be a winner," Thome said, "and you can't ask an ethanol plant to spend an extra $20, $30 or $40 million to go co-produce some small percentage of increase. The economics do not work. So we took the approach of what will work."

"With corn kernel fiber technologies, 1 billion gallons of cellulosic ethanol can be produced at current plants," he said.

"Having the policy certainly behind them is important. In 2018 we're looking to get more from the kernel. We were able to prove our technology in 2011. We worked through getting cellulose in the process. We had to come up with grants to get everyone (investors) to be comfortable with us in moving forward on the technology."

The cellulose part of the corn kernel has been difficult for ethanol producers to convert to ethanol. Now, fiber-to-cellulosic ethanol technologies are adding value to bushels.

Companies that have submitted potential cellulosic ethanol pathways for approval to the U.S. Environmental Protection Agency often have experienced delays in having those approved. Without EPA approval, cellulosic gallons produced cannot be counted toward RFS gallons and do not qualify for RINs.

Thome said Edeniq has had success in gaining EPA approvals, meaning the technology is moving quickly toward broad commercial acceptance. So far, five corn-ethanol companies use the Edeniq technology, Thome said, with another 30 considering it.

Edeniq's first customer was Pacific Ethanol in 2016. In the past few months Thome said Edeniq has been undertaking "pretty much nonstop on trials" with corn-ethanol plants.

Edeniq's technology quickly is gaining a foothold in California in the state's LCFS.

Based on the state's carbon intensity scoring, cellulosic ethanol produced by Edeniq provides an additional 40 to 50 cents per-gallon value in the state, minus shipping costs.

Thome said about 15 states either have or are considering a low-carbon fuel standard as a potential backstop to the RFS. That could be more potential markets for the Edeniq gallons.

Chris Standlee, vice president of legal affairs at ICM, Inc. based in Kansas, one of the nation's leading corn-ethanol technology companies, said cellulosic ethanol production can grow as long as the RFS is supportive.

The past decade has been marked by reductions in RFS cellulosic volumes, based on fits and starts in production.

"A shrinking mandate is a problem," Standlee said. "There is nothing compared to the RFS. Today there are ups and downs in the RFS. We now see a China mandate and Brazil increasing blending. I think they see the opportunity to produce biofuel and import to the United States."

Sarah Caswell, vice president of government and regulatory affairs for Edeniq, said cellulosic ethanol is at an "inflection point."

She explained that in the period 2007 to 2012, the EPA "was very encouraging of our technology. We saw a lot of investment in all types of biofuels. Since then, stability went away. Markets are so important at this time when we're seeing cellulosic ethanol emerging. 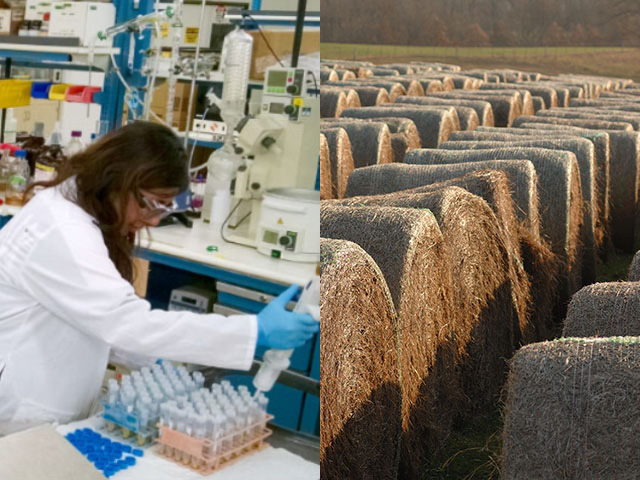