OMAHA (DTN) -- The state of Nebraska threw its support behind a rewrite of the waters of the United States, or WOTUS, rule that could more narrowly define the term "navigable waters."

In a letter sent Monday to U.S. Environmental Protection Agency Administrator Scott Pruitt and Douglas Lamont, a senior official performing the duties of the assistant secretary of U.S. Army Corps of Engineers, Nebraska Gov. Pete Ricketts and other state officials said they would support a definition of waters based on a legal opinion by the late U.S. Supreme Court Justice Antonin Scalia in Rapanos v. United States in 2006.

The 2006 Rapanos case involved a Michigan landowner who filled in a wetland without a permit. A circuit court ruled that because the wetland was adjacent to a tributary, the wetland was considered a jurisdictional water.

The Supreme Court disagreed with the lower court, and a plurality of the high court ruled the Clean Water Act did not give EPA broad authority over all waters.

Pruitt indicated in a May signing statement the EPA will consider the late Scalia's plural opinion. He disagreed that the EPA has far wider jurisdiction on waters.

"In applying the definition to 'ephemeral streams,' 'wet meadows,' storm sewers and culverts, 'directional sheet flow during storm events,' drain tiles, manmade drainage ditches, and dry arroyos in the middle of the desert, the Corps has stretched the term 'waters of the United States' beyond parody," Scalia wrote in Rapanos.

In May, Pruitt asked states for input on a potential rule rewrite.

Ricketts and other state officials said in a letter to EPA and the Corps of Engineers that a new rule should recognize "states have the primary responsibility for decisions involving the intricacies of land use and water management.

"Our state remains concerned about the proposed expanded definition of 'waters of the United States' adopted in 2015," the letter said, "both because of its expansive reach and because of the difficulty in determining what water or land may be considered jurisdictional under the existing regulation."

Nebraska was among the many states that filed legal challenges against the previous rule.

"Nebraska supports a definition of WOTUS that provides for limited federal jurisdiction by adopting a clear and predictable standard for state and federal governmental agencies," the letter said.

The Scalia approach to navigable waters, the state said, "provides a clear, bright-line approach to jurisdictional limits that agencies can apply and the regulated public can readily understand."

Currently, the previous administration's rule is hung up in the U.S. Court of Appeals for the Sixth Circuit in Cincinnati, Ohio. A legal question remains about whether the court is the proper venue for a number of lawsuits filed against the rule. The U.S. Supreme Court is expected to review the jurisdictional question sometime this year.

In writing the WOTUS rule, President Barack Obama's EPA clung to the opinion of Justice Anthony Kennedy in Rapanos who suggested a significant nexus test is valid.

Back in March, Pruitt launched a review of the rule and hinted in an agency document that a rewrite may include the removal of the so-called "significant nexus" test, which has been the subject of many lawsuits. The definition of navigable waters was expanded in the WOTUS rule to include tributaries and other waters that are connected to larger navigable water bodies. The review came as a result of a President Trump executive order.

Those areas, the Obama administration's EPA contended, should be considered waters of the U.S., because they are linked to streams, rivers and other traditional navigable waters by a so-called significant nexus. 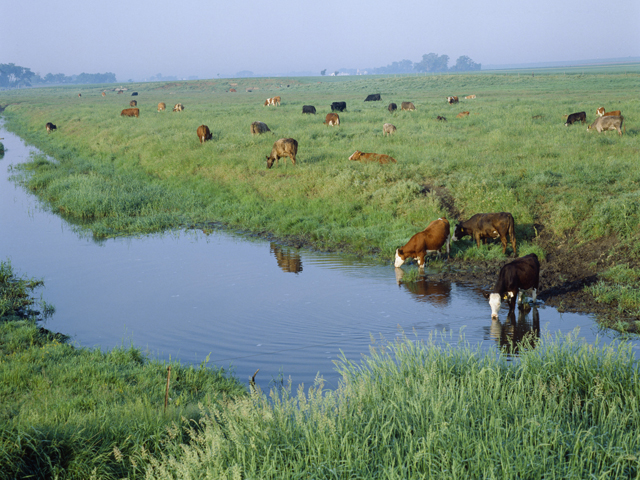