The company announced in a news release that it is set to build an on-site enzyme manufacturing facility.

Since the Renewable Fuel Standard came into effect in 2005, the U.S. Environmental Protection Agency has made a number of adjustments to the cellulosic ethanol volumes to reflect the state of the industry. EPA's adjustments now face legal challenges from a variety of biofuel and agriculture groups.

POET-DSM launched production in September 2014 at the 25-million-gallon cellulosic plant that sits next to an existing corn ethanol plant. At the time, POET celebrated that launch with an all-out celebration attended by dignitaries from the Netherlands, including King Willem-Alexander; the U.S. secretary of agriculture; representatives from the U.S. Department of Energy; members of Congress; and the governor and lieutenant governor of Iowa.

Since then, the company has been working to further hone the technology.

The enzyme production plant will be integrated into the Project Liberty technology package, according to a POET news release. The company touts its technology as a bolt-on to other corn ethanol plants.

"For Project Liberty, the OSM will directly pipe enzymes into the Liberty production process without requiring downstream processing, stabilizers and other chemicals required for enzyme transportation," the company said in a news release.

"New enzymes developed by DSM are also expected to improve effectiveness of the enzyme mix, further reducing costs for the process," POET-DSM said.

Construction is expected to begin in late spring or early summer.

"Over the last 18 months, significant design improvements have been made to the plant and further investments to improve yields and make the process more consistent and reliable," the company said.

"The facility is producing at a rate of 70 gallons per bone-dry ton of biomass, near the target conversion rate, and is currently in a ramp-up phase."

POET President and Chief Operating Officer Jeff Lautt said in a statement that cellulosic enzymes have "been improving dramatically in recent years."

Atul Thakrar, president of DSM Bio-based Products and Services, said the company has learned quite a bit about its technology since its launch.

"We have reached some important production thresholds in recent months," he said.

"This gives us the confidence to move to this next level of technology development. The startup and ramp-up of Project Liberty have provided valuable experience for developing a cost-effective process that can be replicated across the U.S. and world."

While the future of the Renewable Fuel Standard hangs in the balance with a number of ongoing legal cases, a new presidential administration and potential Congressional attempts to reform the law, one of the nation's top cellulosic ethanol development companies announced Thursday efforts to ramp up production are still under way at a cellulosic ethanol plant in Iowa.

Back in December, Synata Bio, Inc., purchased a 25-million-gallon cellulosic ethanol plant in Hugoton, Kansas, from Abengoa Bioenergy, as part of that company's bankruptcy reorganization. That plant was designed to produce cellulosic ethanol using switchgrass, wheat straw and other biomass. In addition, the plant is located near a 21-megawatt, biomass-to-electricity plant.

For decades, it was said commercial cellulosic ethanol technology was five years away from reality; skeptics said it would never happen. The naysayers remain, but gallons are being produced in Emmetsburg.

The cellulosic ethanol industry has been slow to develop as a result of economic downturns and RFS policy instability over the past decade.

At the end of 2016, the EPA put the RFS back on track, but now faces a number of legal challenges to how it implements the law.

"Investors are unwilling to risk hundreds of millions of dollars to produce advanced biofuels for which there is no room in the market or that, worse, will strand their existing investments in conventional biofuel," BIO said in the analysis.

"Without changes to EPA's methodology, the shortfall in necessary investment can only grow worse." 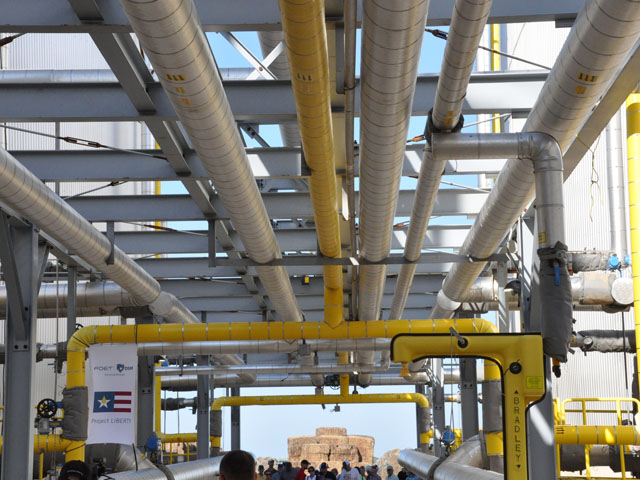