OMAHA (DTN) -- Winter dumps piles of snow nearly every year along a tree belt near a 0.8-acre tract of land on Arlen Foster's farm in Miner County, South Dakota, in the southeastern part of the state.

Spring melt drains onto his field, often making it impossible to farm.

Such is life in the Prairie Pothole region, where centuries ago glacial formations carved into the land.

The 0.8 acres was declared a wetland based on a USDA process that Foster is asking the U.S. Supreme Court to review.

The Natural Resources Conservation Service, or NRCS, faces a backlog of requests for wetlands determinations, leaving some landowners waiting for years.

"We requested determinations on tracts of our land," Foster said in an interview with DTN. "NRCS seems to have trouble with following procedure. We have a right to accurate, timely determinations."

NRCS instead used a comparison site to make a determination, Foster said. This deprives him of his rights, he contends in his appeal. Such comparisons are allowed by NRCS procedures.

Foster said his pursuit has nothing to do with lost farm program dollars -- he hasn't even violated the Food Security Act that could lead to a loss of those resources.

Rather, he said he's carrying out a battle dating back to 2008 for the right to use his land as he sees fit.

"I guess to start with, all farmers are entitled to a timely wetland determination," Foster said.

"We invest seed and fertilizer and we take the loss of potential revenue in those areas. Having the .8 acres classified as wetlands reduces my efficiency. It's the principle of this. We do participate in the crop insurance program and we are not in violation. If we were to go ahead and improve the land we would be in violation. This shallow depression needs seven-tenths of a foot to drain off excess water to be planted."

Foster said the NRCS didn't consider evidence the .8 acres is not an actual wetland. Instead, the NRCS deemed the land was similar to a known wetland more than 30 miles away.

Foster's grandfather bought the first family tract in 1900. His father planted a tree belt in the 1930s that today is well-established. Today the family produces corn, soybeans, hay and raises cattle.

The snow melt following consistent accumulation near the tree belt, Foster's attorneys argue in a petition to the high court, is the cause of consistent standing water on the land. It's something Foster said he should be allowed to repair.

The Pacific Legal Foundation is challenging the agency's use of a so-called "reference site" in Kingsbury County about 33 miles from the Foster farm and the 0.8 acres. The petition said NRCS investigated Foster's land and found it had been disturbed and naturally occurring vegetation altered.

"The placement of this particular area bisects a field and makes it impractical to farm the entire field if they cannot farm the area that is now designated a wetland," Anthony L. Francois, the lead attorney in the case, told DTN.

A NRCS spokesperson told DTN the agency does not comment on pending litigation.

Foster argues in his petition the 0.8 acres is not a natural wetland.

"In this case, the agency construes 'in the local area' to mean a 10,835-square-mile 'major land resource area' that includes the Fosters' land," the petition said.

"Does the use of a remote comparison site, pre-selected 10 years prior and without notice to the Fosters or an opportunity to be heard, as the sole means of determining that their land supports wetland plants, violate their rights to due process of law under the Fifth Amendment?"

Francois said the USDA could have considered the family's farmland in particular before determining they had altered wetlands.

"The regulators had to determine whether the farmland in question could have supported wetlands vegetation in its pre-farmed state," he said.

"For an informed conclusion, they could have carefully analyzed the Fosters' farmland itself, or used a nearby comparison site that shares relevant environmental characteristics. Instead, they chose, for comparison, a site more than 30 miles away where they already knew that wetlands vegetation could be found. In other words, they gamed the outcome by choosing a control site that gave them the answer they wanted.

"This comparison site was preselected 16 years ago with the knowledge that it supports wetland plants."

The Supreme Court is on break until late September. Foster will learn sometime this fall whether the high court will take up the case. 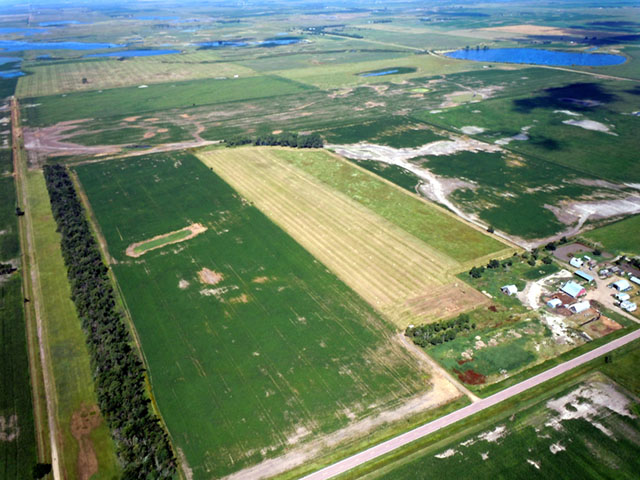