HADDONFIELD, N.J. (DTN) -- Cash renters need to weed their land base of subpar land if they hope to get cost of production into alignment.

Lack of discipline means producers consistently overpay for lower-quality land, both when renting and as land buyers. The phenomenon is not limited to the Midwest but also occurs throughout the Mississippi Delta states, Wells Fargo Chief Agricultural Economist Mike Swanson and Mississippi State University's Byron Parmon stressed in an online webinar this week.

"Since 2000, about 28% of Indiana corn yields have gone into landlords' pockets," he said. "But averages can lead to misleading situations."

Purdue 2016 budgets show operators don't discount Class 4 land nearly enough to compete with Class 1 quality. Typically, they pay $161 per acre for land yielding a low 132-bushel-per-acre average, versus $269 per acre for land with 198 bpa potential. That's not enough of a discount to equalize the yield penalty: A 3,000-acre operator would have a breakeven of $5.25 per bushel -- nearly $1 per bushel more than the $4.36 breakeven on high-yield land, Swanson calculated.

In effect, the rent on that poor-quality land would need to fall to $44 per acre (from $161) just to get the operator to breakeven, Swanson said. But that would just barely cover the high-tax state's $40-per-acre property taxes, something owners would likely resist.

"Someone needs more than 10 bpa production just to pay the property taxes in Indiana," Swanson said.

The net effect is that Indiana renters are "nowhere near breakeven on high-quality land," let alone the poorest quality, Swanson stressed. At current prices and trend yields, they are likely losing about $2 per bushel on lower-yielding land and about 80 cents per bushel on the highest-quality land, he said.

In the Delta -- including parts of Mississippi, Louisiana and Arkansas -- the breakevens for marginal land are "eye-opening" said Parmon. Pivot irrigation simply can't keep up with excessive heat demands, so many fields there must be precision leveled and have gravity-fed furrow irrigation installed. In the Midwest, one of the most important upgrades is tiling to improve drainage.

Those improvements lower operating costs in the long run and greatly reduce operator yield risk, Parmon said. (During more flush times, some Delta tenants offered to install those improvements if owners guaranteed long-term rent agreements. Now they might agree to rent marginal land only if the owner pays for upgrades.)

USDA will release new nationwide data on 2016 cash rents next week, but all signs indicate rents have seen only modest decreases since peaking in 2014. The impetus for more aggressive 2016 cuts is that renters have lost substantial amounts of equity in the interim, points out Bill Davis, senior vice president and chief credit officer for Omaha-based Farm Credit Services of America.

Since late-2014, FCS America has counseled Midwest customers to be prepared for two to three consecutive years of breakevens or losses. "One-hundred-dollar-per-acre losses three years in a row -- or even more -- could be likely for average producers paying market rates for cash rent over this period," Davis said.

"When we run the math on the producers in our portfolio, 75% to 80% of our customers are in a strong enough equity position that they can find their way through this period without much distress," Davis added. Lenders continue to work with customers to align proper debt structures and maintain adequate working capital despite the challenges, he said.

But that still leaves 20% or so of borrowers requiring bigger changes in their costs or debt structure to ride out the cycle. Some operators may not have the luxury to pay excessive rents starting in 2017, other economists add, as their reserves may have been depleted.

"This is keeping the pressure on to reduce cash rents next year," Schnitkey added. "I think a lot of operators with low working capital levels and a high percent of rented acres will simply have to make cuts."

Wells Fargo's Swanson agreed options are running out for high-cost operators who failed to make headway the past few years. "A lot of above-average, multi-year rents negotiated in 2012 to 2014 are expiring now," he pointed out. "This is the last hoorah for them." Next year, he's expecting average rents to come down substantially. 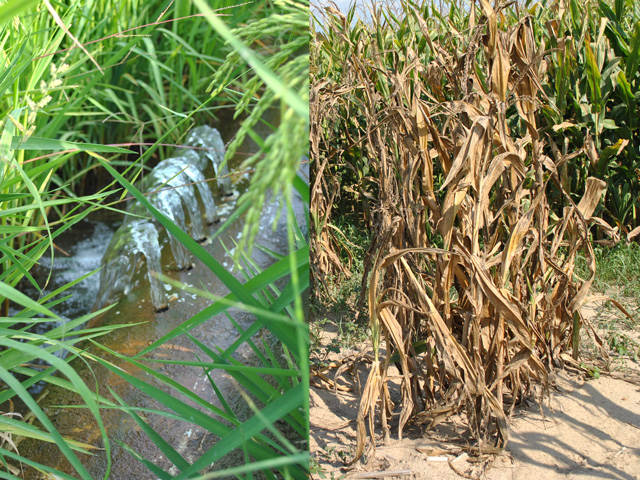