WASHINGTON COURT HOUSE, Ohio (DTN) -- The three dozen farmer members and managers of PACI bristle when you describe their organization as a buying club. Instead, they joke about printing t-shirts with the real benefit of membership: "Combine, $225,000; Grain Bins, $1.2 million; Information, Priceless."

PACI -- short for Premium Ag Commodities Inc. -- launched in 1975 and initially hired a manager to act as a purchasing agent on fertilizer, chemicals, seed and equipment. Later the group invested in a crop insurance agency, profits from which help cover the overhead for PACI's staff and other ventures. Since 2014 they've employed an experienced grain merchandiser who recently assembled enough GMO-free corn to sell direct to Japan and deliver grain in up to 500,000-bushel lots from members' pooled on-farm storage, earning premiums for bulk sales.

Over the decades, the group's success helped it balloon from 10 founders to about three dozen farm operations representing 175,000 acres, concentrated in Southwest Ohio. Now they are able to flex their purchasing and marketing muscle to help combat ultra-thin margins afflicting commodity agriculture.

Mark Bryant of Washington Court House, Ohio, farms 13,000 acres with his brother, Mike, and other family members. Their farm size would normally command discounts on inputs on their own. But first and foremost, Bryant sees PACI as a service provider and his PACI peers as a built-in sounding board for sharing farm strategy and market intelligence.

"I don't have to deal with salesmen or worry about prices. PACI is constantly researching the best options for us. I know I can make one phone call for 1,000 tons of UAN28, and that's the best deal I could get for the day," he said.

PACI members Alan Thompson, his wife Theresa and their adult children like PACI's a-la-carte menu. The family farms about 9,100 acres near Springfield, Ohio, and often prefers to pick up fertilizer direct from the barges at Cincinnati at wholesale prices. Other PACI members lack spreading equipment and sprayers, so opt to buy retail from local dealers. In either case, Thompson knows PACI can negotiate a bundled price that saves growers time and money. At a minimum, he figures PACI's pricing saves them 5% to 10% on fertilizer, more when inputs can be bought at near wholesale prices.

Bryant records precise cost of production down to the field level, and includes fair market rent on the family-owned land he and his brother farm, so they fully cover all costs. He needs yields above the farm's average 180 bushels per acre corn and 55 bpa soybeans to break even at current futures prices, so doesn't want to cut costs that might jeopardize yield.

"I don't think many operations can say they make money every year," Bryant said. "In cyclical businesses like farming, we need to be prepared for two or three non-profit years in a row." His mission is to make sure the business "doesn't lose too much" and to concentrate on building enough working capital to keep the operation flush during hard times. But he also views smarter buying and selling as one way to fatten 2016's grim margins.

On the chemical side, PACI allows Bryant to collect rebates as part of a group rather than qualify on his own. "We don't have enough volume to qualify with every company, so this allows me to play with Syngenta, DuPont and Bayer products, rather than throw all of our business to one company," he said.

PACI Manager Joanie Grimes cautions growers not to expect huge savings on bulk-purchased inputs. Until the group can handle barge-sized volumes, it is maxed out on savings since transportation costs are what really inflate bulk fertilizer costs. Many operators already have liquid storage facilities on their farms so PACI can buy on seasonal opportunities. However, several members are exploring building dry fertilizer facilities on their farms, so PACI wouldn't have to incur the cost of building a barge-sized fertilizer barn on its own.

Until they can handle extra storage, "If we added another 50,000 acres to the group, I'm not sure we'd get more benefits at this point on the input side," Grimes said. She's hoping seed purchases for 2016 offer more significant savings than fertilizer. "I'm putting my head hunters on that," she said.

Some equipment manufacturers deal direct with PACI, but members are reluctant to bypass their local dealers. "During harvest, I had a Deere mechanic out here at 11:30 at night doing repairs. At the end of the day, what counts is keeping the equipment moving," Bryant said. "We know it doesn't do any good to cut a great deal on price but not get the service to go with it."

Bulk grain sales may be more promising. Bryant holds 1.5 million bushels of grain storage scattered across multiple farms. "I could never hold 1 million bu. to deliver to Cargill on one day. But our grain merchandiser can ask buyers, do you need a half million bu. by next week?" he said. Organization maximizes their opportunity and PACI can get trucks rolling from dozens of farms for just-in-time delivery.

To stay abreast of grain sales, PACI's merchandiser sends members an email every morning with basis and futures trends. When he needs to round up a quick cash sale, he texts everyone for an instant response.

Thompson owns enough on-farm storage to hold a year's crop. "We operate it like an elevator and look for basis opportunities," he said. "There are plenty of end-users in this area who run on a 365-day market, so we look for a time when they're hard pressed, and we can fill that gap. We can get 50,000 bu. to corn processors in three days, but if the group can get 250,000 bu. there we might make at least an extra nickel per bu. What we're learning is that everything is negotiable. A grain merchandiser can call five individual farmers for 50,000 bu. each, but he's got to negotiate with five people. Or he can make one phone call and get the same amount delivered on time instead."

For the past two seasons, PACI members have been raising specialty grains and selling direct to a processor-broker who deals with Japan. Putting their product directly on barges headed for New Orleans doubled their premiums, Grimes said, but they're just learning what the grain industry values.

For Bryant, the PACI staff delivers benefits that only a handful of institutional farmland owners could mirror. "I can't afford to have a specialist in my operation to handle purchasing, crop insurance and grain merchandising," he said. "No one person could do it all. A 100,000-acre producer couldn't afford this."

PACI membership isn't size specific. Their operations range from 1,200 to 15,000 acres, and the range of views on farming and philosophy are just as diverse. After being sponsored by an existing member, the most important criteria for membership is submitting an application and a total financial statement.

"If they're willing to open up their books to us, they will share anything," Bryant said. "We thought the benefit would be a discount on inputs at first. But knowledge has been the most beneficial aspect."

Lamar Ratliff, a second-generation member from Greenfield, Ohio, grew up attending PACI meetings and learning the business by listening to older farmers he idolized as a youngster. "You could farm 1,000 acres or 20,000 acres. When we sit down at the table, everyone is equal. Size doesn't matter. That's why PACI has lasted so long," Ratliff said. "What we have is respect for one another and the talents each one brings to the group." The opportunity to affiliate with progressive operators has elevated everyone's management skills, he added.

Don't highly progressive farmers bump heads when buying or renting land in the same community? "Sometimes, but we remind ourselves this is just business, not personal," Bryant said. More common is the notion that the group can do better working together, such as when a recent 900-acre farm came up for rent in Bryant's home county. Six PACI members were interested in the lease but none, including Bryant, were winning bidders.

"My question to them was, 'Why didn't we (bid on this) together?'" he said. It's the ingrained attitude that more heads are better than one. 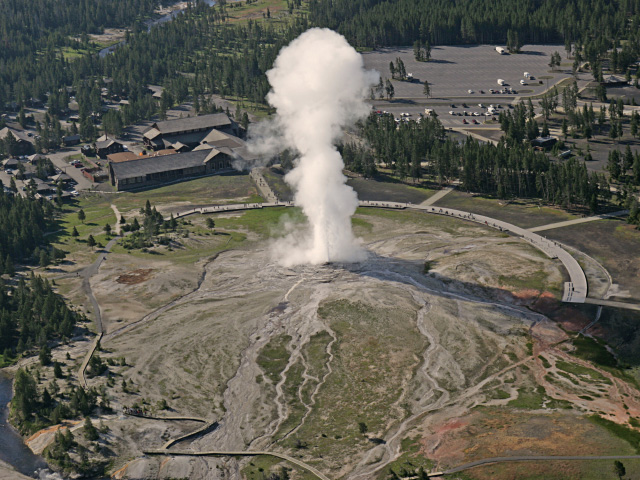