The inventory included 7.03 million steers and steer calves, down 4% from the previous year. This group accounted for 60% of the total inventory. Heifers and heifer calves accounted for 4.65 million head, down 1% from 2022.

Marketings of fed cattle during December totaled 1.74 million head, 6% below 2021.

Other disappearance totaled 54,000 head during December, unchanged from 2021.

Friday's Cattle on Feed report for Jan. 1 from USDA turned out to be largely neutral for Monday's cattle prices, according to DTN Lead Analyst Todd Hultman.

"USDA said December placements totaled 1.804 million head and were down 8% from a year ago, roughly as expected. As usual, the bulk of placements were below 800 pounds.

"Marketings in December totaled 1.741 million head and were down 6% from a year ago, a little less than expected in a month that saw harsh winter conditions." 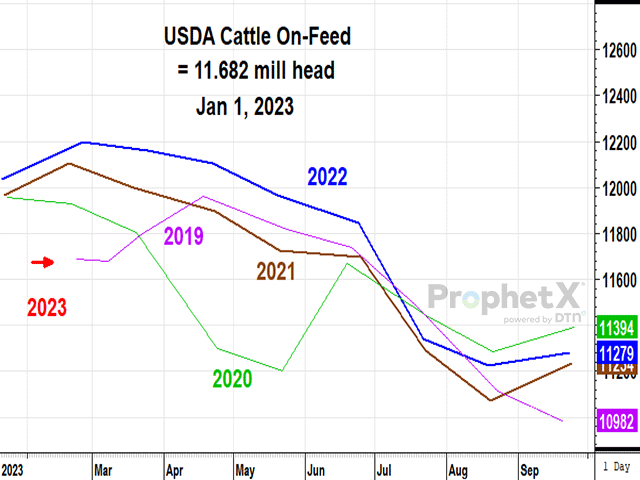