Marketings of fed cattle during October totaled 1.80 million head, 1% above 2021.

"Friday's Cattle on Feed report was expected to be supportive of the market, as both total on-feed numbers and placements were assumed to be lower, and marketings were projected to be strong. But it was underestimated just how supportive the report would be!" said DTN Livestock Analyst ShayLe Stewart.

"First, seeing a 2% decrease for the total number of cattle on feed by Nov. 1 is bullish news for feedlots and cow-calf producers. The industry fully expects to see thinner showlists moving throughout the remainder of 2022 and into 2023, which will consequently help feedlots drive cash cattle prices higher, especially if throughput continues to run as aggressively as it has been.

"And, last but not least, seeing 1,802,000 head of cattle marketed in October is extremely helpful, as feedlots need to keep their showlists current if they're going to successfully push the cash cattle market higher. 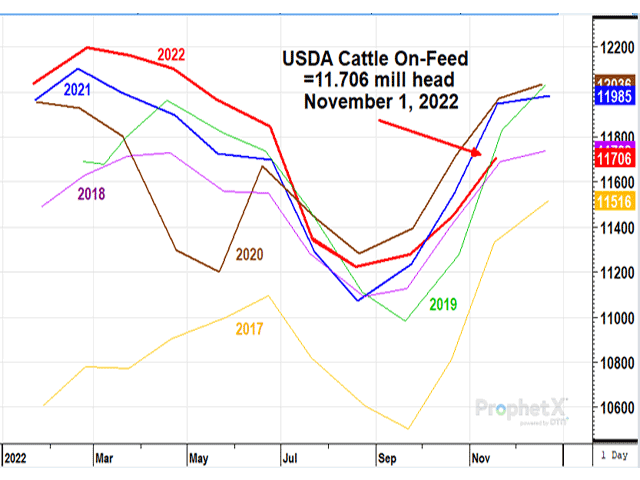