LINCOLN, Neb. (DTN) -- Supreme Court Justice Neil Gorsuch summed up the frustrations many property owners face when it comes to determining when waters are protected by the Clean Water Act and when they're not, during oral arguments before the Supreme Court in Sackett v. EPA on Monday.

The court has been asked to answer a narrow question: Do wetlands lose protection by the Clean Water Act if they're separated from other waters by barriers?

A new waters-of-the-U.S. definition in the works at EPA is expected to cement into law the so-called "significant-nexus" test in determining whether wetlands are jurisdictional.

Waters with a significant nexus are described as those either alone or in combination with similarly situated waters in the region that significantly affect the chemical, physical or biological integrity of waters of the U.S.

Currently, the EPA declares wetlands to be jurisdictional if they are "adjacent" to navigable waters, without really defining the term.

Damien Schiff, senior attorney at the Pacific Legal Foundation on behalf of the Sacketts, said during oral arguments the agencies' use of significant nexus would be far more detrimental to property owners like the Sacketts.

"Whatever the deficiencies in the line-drawing problem test," Schiff told the court, "they pale in comparison to the significant-nexus test. The significant-nexus test is far, far broader than a traditional understanding of the channels of commerce as shown by this very case. There's no evidence that anything the Sacketts did affected any channel of commerce. It's the mere fact that they put gravel on their lot, but now they're fully regulated under the Clean Water Act."

Idaho property owners Michael and Chantell Sackett have for years been prevented from developing a lot in Priest Lake, Idaho, because EPA has declared it to be a wetland adjacent to the navigable water of Priest Lake.

More specifically, EPA said because the wetland sits 30 feet from a jurisdictional wetland across the street separated by a road and ditch, it is considered an adjacent wetland.

"I just want to understand that's the view of the government despite the fact that there's a subdivision between this property and the lake," Gorsuch said to Brian H. Fletcher, acting solicitor general for the U.S. Department of Justice during oral arguments Monday.

"It's still adjacent to the lake. That's the government's view that it's adjacent? What's the definition of adjacency? So, it's the agency's understanding of adjacency is 'neighboring' and we have cashed that out by saying it's a reasonable proximity to a covered water? Is there a mileage limit to that?"

Fletcher said the EPA tried to define in the 2015 WOTUS rule what constitutes wetlands adjacency to navigable waters.

The rule was thrown in court partly because EPA and the U.S. Army Corps of Engineers were found to have added "arbitrary" distances to the final rule without providing the opportunity for public comment on the specific distances in a proposed rule.

Gorsuch asked Fletcher for EPA's position on what might be a "reasonable" approach that takes property owners into account.

"In Priest Lake I imagine that most of the water flow and rainfall, snowfall in quite a large geographic area drains into the lake eventually," Gorsuch said. "Would that whole watershed be adjacent?"

Fletcher answered, "I don't think so, Justice Gorsuch. I am sympathetic to the idea of how does the landowner know under the standard whether their land is covered. It's important to recognize that there are other limits to where they have to actually be wetlands."

"How does anyone know, any reasonable person, within maybe several hundred square miles in a watershed that drains into a body of water that is a water of the United States, whether or not they're their land is adjacent?" Gorsuch asked.

Fletcher said he has had discussions with EPA and Corps about so-called "bright lines" when it comes to adjacency.

"I have asked this question," he said. "The agencies have told me they do not draw bright-line rules. They do not think 300 feet is unreasonable for adjacency."

Gorsuch responded by asking Fletcher whether the agencies consider wetlands many miles or feet away from navigable waters to be jurisdictional.

"I see where this is headed," Fletcher said.

Gorsuch responded, "So if the federal government doesn't know, how is a person subject to criminal time in federal prison, supposed to know?"

The Sacketts outlined in a brief to the Supreme Court what they said should be a two-step process for making wetlands determinations.

The first step, according to the brief, is to consider whether a wetland is "inseparably bound up" with a stream, ocean, river, lake, or "similar hydrogeographic feature," through a continuous surface-water connection. The second step, the brief said, is to determine whether the water connected to the wetland is a water of the U.S.

Schiff said building a single-family home in a residential subdivision is the "quintessence of local government authority, and yet the significant Nexus test inevitably causes that to be regulated."

The Sacketts have been locked in a 15-year legal battle with EPA and the Corps regarding their plans to build a home on the Priest Lake property after EPA claimed the property contained a wetland.

In 2012, the Supreme Court ruled in favor of the Sacketts, concluding in a unanimous opinion that landowners did have legal standing to challenge Clean Water Act determinations by EPA. Before that ruling, landowners were not able to legally challenge EPA wetland determinations.

Fletcher said the federal agencies have recognized for 45 years that the presence of a barrier between navigable waters and wetlands "does not categorically strip" from CWA protection.

The Supreme Court should uphold the long-standing interpretation for three reasons, he said.

"First, in 1977, Congress was presented with proposals to limit the act's coverage that sounded very much like the proposal that you just heard (Sackett's proposal), and it rejected them," Fletcher said.

"Second, this court unanimously upheld those regulations in Riverside Bayview (previous Clean Water Act case). The agencies are now doing what members of this court have repeatedly urged them to do by promulgating regulations that recognize and appropriately limit the coverage of the act. Those regulations incorporate the significant-nexus test which is a limiting construction that ensures that the act reaches only those wetlands that must be covered to reach the traditional navigable waters in which the federal interest is indisputable."

Schiff told the court the Sacketts' proposed two-step process "closely adheres" to textual limits Congress itself imposed on the agencies.

"By faithfully adhering to those limits, the test faithfully vindicates all of Congress's purposes, not just its water quality purposes, but also its desire to preserve the state's traditional preeminence over land and water resources," Schiff said.

"It's an easy-to-administer test. Ordinary citizens can use their own eyes to reliably determine whether or not their land is regulated. And under this two-step framework, it's clear that the Sacketts property contains no waters, much less waters of the United States, and so they should be entitled to a declaration that their property is not subject to EPA."

Although the Supreme Court's decision in the case is expected sometime next spring, Fletcher told the court the EPA is on track to release a new WOTUS definition rule by the end of 2022.

Agriculture and other interests, federal lawmakers and others have asked the agencies to hold off on the ongoing rulemaking until the Supreme Court decision is rendered.

Following the oral arguments Monday, the National Cattlemen's Beef Association called on the EPA to pause the ongoing WOTUS rulemaking. 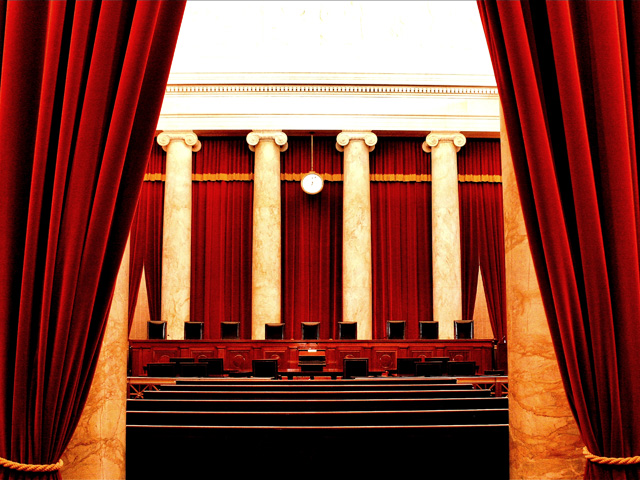