A sweeping ban on equipment used in rodeo events, including ropes, spurs and straps, as well as the events themselves, was largely voted down by California's Alameda County Board of Supervisors. The board did agree to prohibit a ranch rodeo event known as "wild cow milking" where a team tries to get milk from a cow turned loose in an arena.

Because rodeo events often mimic skills used on a farm or ranch, many in the agricultural community were concerned that the broad language of the ordinance would encompass more than the sport of rodeo. They also found the word "practice" to be vague and potentially broadly encompassing.

Emotions became high ahead of the vote, with the Alameda County Agricultural Coalition, as well as groups like Protect the Harvest, working to educate county supervisors about the issues and to explain the practices and equipment mentioned in the ordinance in view of overall animal welfare and animal husbandry practices.

Protect the Harvest is a national group that opposes activities by what it considers to be animal extremist groups, anti-agriculture groups and other non-governmental organizations it says threaten agriculture, animal welfare and traditions. The group was created to help support farmers, ranchers, outdoor enthusiasts and animal owners.

Theresa McMahan, board secretary at Protect the Harvest, told DTN her organization's website defines animal extremist groups as those with an ideology in which there is no distinction between animals and humans. These groups, she said, have an ultimate goal of no longer allowing animals to be owned or utilized by people.

The recent ordinance before the Alameda County Board was one that McMahan said had been supported by (DxE). According to McMahan, among the public comments made regarding the proposed ordinance prior to the vote, many were from DxE members.

Protect the Harvest issued a news release that said DxE members were "known for their criminal antics of farm invasions, criminal trespassing, and theft. They call these actions 'open rescues.' These activities violate biosecurity rules on ranches and farms and put animals and humans at risk of illness."

DxE's website clearly states its goals include shutting down every last slaughterhouse in one human generation and to work until "every animal is free." The group describes itself as a "global network of activists working to achieve revolutionary social and political change for animals in one generation."

DTN reached out to DxE for comments on the vote in Alameda County. Almira Tanner, lead organizer for DxE, sent the following statement to DTN: "We thank the Board of Supervisors for banning the violent practice of wild cow milking and urge them to continue passing animal-friendly legislation, including the proposed bans on flank straps, spurs and tie-down roping. Using animals for entertainment without their consent is abuse. A growing majority of the public does not support animal cruelty, and we hope to see the rodeo go the way of the circus, where animals are no longer part of the show."

Agriculture supporters were present in Alameda County, working to inform board supervisors about animal welfare practices used within the Professional Rodeo Cowboys Association (PRCA), as well as on-farm livestock production practices. The PRCA, based in Colorado, sanctions about 650 multiple-event rodeos annually across 38 states and a handful of Canadian provinces.

The two board supervisors who had penned the ordinance were reported as saying banning rodeo in the county was not their intent. A motion was made to strike all language from the ordinance that referred to the use of straps, ropes and spurs.

Supervisor David Haubert, whose district covers most of the county's agricultural area, noted at the meeting there were state and federal laws already in place prohibiting animal cruelty. He added that straps, ropes and dulled spurs were widely accepted across the country.

McMahan, from Protect the Harvest, reported that during debates over the ordinance, some comparisons had been made between certain rodeo events, including wild cow milking, and rape. Supervisor Haubert addressed these comments, stressing that he found that comparison to be especially detestable.

"To actually suggest that rodeo events are rape is, I think, repugnant in itself," he said. "To those people who have been raped, I apologize that you have to even listen to that. It seems that some people will say anything, or do anything, to get what they want." 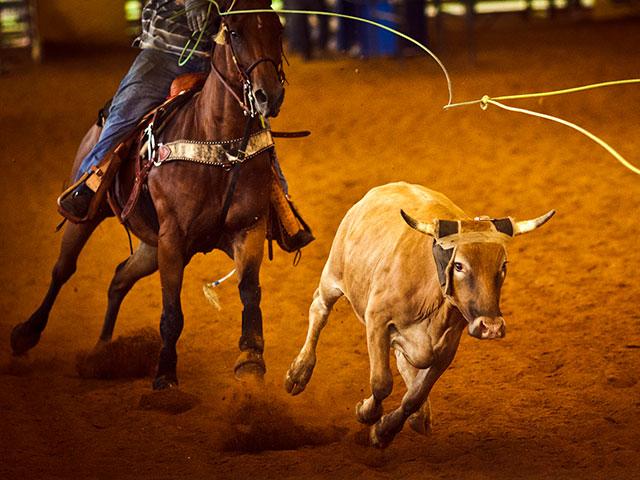