*Based on formula estimating live cattle equivalent of gross packer revenue. (The Live Cattle Equiv. Index has been updated to depict recent changes in live cattle weights and grading percentages.)


Traders were cautiously optimistic in live cattle posting moderate gains partly on the ideas that packers will be more aggressive buying this week and may pay more and partly because of spillover support from the strength in feeder cattle. Feeder cattle reacted positively to lower corn prices as they usually do. Packers have some cattle already purchased ahead but strong slaughter pace may require them to be more aggressive as they were last week to stay ahead of demand. Boxed beef gained Monday with choice up $1.62 and select up $0.19. Boxed beef has had a tendency lately to see about one day of stronger prices followed by weakness. The Commitment of Traders report showed funds as net buyers of only 499 contracts bringing their net long position to 38,004.

Hogs continued to push higher Monday with August nearing a contract high close during its final week of trade. October posted a new contract high close as it begins to close the gap between it and the level of August. What is interesting is that October and December 2023 contracts closed $3.60 and $4.02 higher. Trade was light but the higher prices held into the close. The National Direct Afternoon report showed cash down $1.59. Cutouts also declined posting a loss of $0.97 after printing higher on the midday report. The pattern has been for higher cash on Tuesdays. Packers could be aggressive Tuesday as they procure hogs earlier rather than later. The Commitment of Traders showed funds as net buyers of 5,675 contracts bringing their net long positions to 45,949 contracts.

For our next livestock update, please visit our Midday Livestock comments between 11 a.m. and noon CST. Also, stay tuned to our Quick Takes throughout the day for periodic updates on the futures markets. 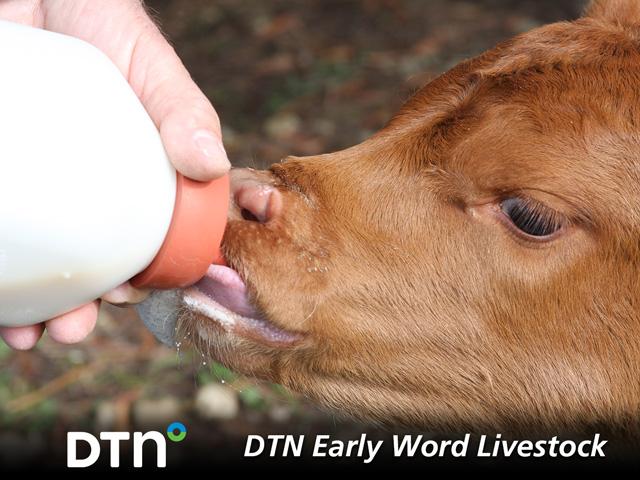