OMAHA (DTN) -- Midwestern drought and its devastating effects are spreading. Each week, states such as Nebraska and Missouri are seeing more counties affected by dry weather.

The drought means more bad news for cow-calf producers, who already have seen higher feed prices. With less forage available for grazing, cattle producers will be searching for other sources of feed.

DTN Ag Meteorologist John Baranick said the droughts in Nebraska and Missouri are as different as each state is from each other.

In Nebraska, drought has been a constant concern for all of 2022. For the western two-thirds of the state, drought has largely been maintained or gotten worse, he said.

After a winter with little moisture, the drought has been growing through this summer, although parts of northeastern Nebraska have seen some improvement and the southeastern part of the state has largely avoided drought. Precipitation in that part of the state has come with some severe weather, but at least the area has had soil moisture, he said.

"Maps of soil moisture are pretty abysmal, and with the combined heat, drought is more likely to expand if showers do not come back sometime soon," Baranick said.

Meanwhile, a flash drought has developed in Missouri over the last few months. This has led to dry conditions developing quickly.

The southern two-thirds of Missouri was completely devoid of dryness or drought conditions as late as June 7, but dryness and drought have quickly developed to engulf the region with at least abnormally dry conditions (D0 drought). A couple of counties in far southern Missouri have turned to extreme drought (D3 drought) in just the last five weeks, he said.

Baranick said heat has certainly been the most important factor, but so has the lack of rainfall. Over the same time, southern areas of Missouri have seen less than 2 inches of rain (and in some parts almost none at all) when, normally, this part of the state sees 4 to 5 inches of rain.

"Less than half of normal rainfall combined with triple-digit high temperatures is the cause for the current drought scenario," he said.

Baranick said the short-term weather forecast offers some relief for both Nebraska and Missouri. Longer term, however, it might be more of the same.

Over this past weekend and into early this week, a front was expected to settle into Nebraska and into northern Missouri and bring some chances of rainfall, he said. The front will likely slip south through Missouri on Tuesday, bringing a chance of showers there.

The states should see a second front coming through a few days later and cooler air will follow in behind it. These lower temperatures will reduce moisture demand from vegetation and the showers and less heat will help ease drought concerns, at least temporarily, Baranick said.

This cooler weather, however, appears to be fleeting, as hot and dry conditions are expected to return to begin August (https://www.dtnpf.com/…).

Baranick said the hot and dry weather is likely to continue through August and into September. The Midwest might see a chance of cooler conditions with more normal-type rainfall, but confidence on that break from the heat and dryness this summer is not very high, he said.

"One thing that could really put a wrench in this outlook would be for a tropical system to move from the Gulf of Mexico northward, bringing heavy rainfall," Baranick said. "Nebraska is too far out of reach, but Missouri could definitely find something moving through under the right circumstances."

The lingering and expanded drought is having a negative effect on cow-calf producers. Pastures are dry, green grass is sparse and expensive hay will have to be fed soon.

The drought is causing producers to institute various drought management practices, according to Jerry Volesky, a University of Nebraska-Lincoln (UNL) Extension forage and range specialist and interim director for UNL's Center of Grasslands Studies. DTN covered some of these practices earlier in the growing season from a Kansas State University webinar (https://www.dtnpf.com/…).

Volesky said the ongoing drought has many cow-calf producers scrambling for feed resources as the dry conditions persist.

One suggestion he has for producers is they should consider watching their grazing utilization levels closely, he said. Heavy grazing plus drought will negatively affect grass root growth and storage of energy reserves.

This can result in reduced growth and vigor of the grasses next year, even if there is more normal rainfall, he said.

"Pasture rotations can help increase harvest and grazing efficiency where grazing distribution across the entire pasture is improved," Volesky said.

With less forage available due to the drought, hay supplies most likely will be tight in drought areas as many people will be in the market for hay. Many producers in southwestern Nebraska have been visiting with Volesky recently about salvaging dryland corn or milo for forage, as these crops will likely not make grain.

Volesky said these crops can be harvested a few different ways, from cutting the crop as silage to haying to even grazing these drought-damaged crops. Volesky said most producers will probably hay the crops, with some grazing and some deciding to put up silage.

Silage, for instance, is a good practice, as it will reduce some of the nitrates during the ensiling process.

"Whatever you do, check those nitrates levels," he said.

In Texas, which is also dealing with drought this summer, the dry conditions and high feed costs are forcing many cattle producers to cull their herds. Read more about that here: https://www.dtnpf.com/…. 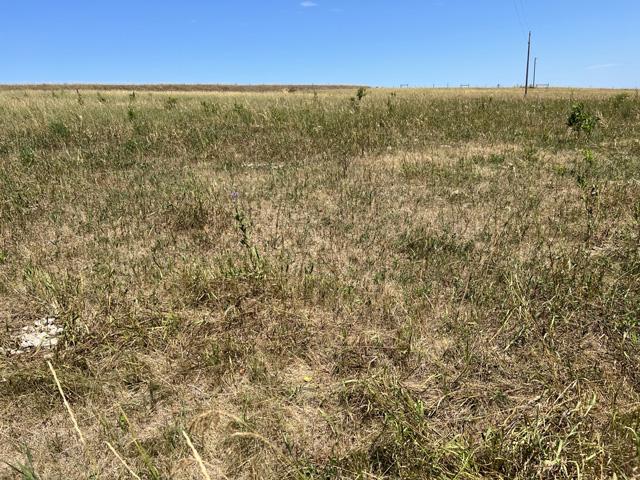