To say that water is a big deal in the West is an understatement.

So, when the Biden administration set out to rewrite Clean Water Act waters of the U.S. definitions for the third time in the past decade, the Family Farm Alliance that represents irrigators in the 17 Western states became a bit unnerved.

Dan Keppen, executive director of the alliance, told federal regulators during a WOTUS roundtable on June 16 that his organization has "significant concerns" with the EPA and U.S. Army Corps of Engineers' latest rewrite attempt.

Keppen told the agencies any WOTUS rulemaking should be put on hold until after the upcoming Supreme Court case Sackett v EPA is resolved. The court has scheduled oral arguments in the case for early October. (https://www.dtnpf.com/…)

The Sackett case has drawn the attention of the regulated community because an eventual court ruling could determine the way water is regulated for generations to come.

"It incorporates both the significant-nexus and relatively permanent tests from the Supreme Court decision to temporarily define Clean Water Act jurisdiction for wetlands, other waters and tributaries," Keppen said of the Biden administration's efforts.

"This vastly expands regulatory jurisdiction beyond just returning to the pre-2015 regulations and guidance as proposed in the rule. We believe that agencies should limit the scope of proposed rulemaking to only restoring pre-2015 regulations and guidance; they should not be modified to reflect the agency's further interpretation of Supreme Court decisions in this rulemaking."

Keppen said farmers and ranchers in the West are concerned a new WOTUS definition would "transform the Clean Water Act into a federal land-use regulation."

Considering the ongoing water challenges in the West, Keppen said WOTUS definitions have to allow for water users to continue to maximize water resources at a time when drought has a firm grip.

"This could impact Western farming communities in many ways, such as adding new regulatory burdens to important infrastructure projects, expanded opportunities for litigation, and shifting away from local and state water management," he said.

The Family Farm Alliance said it supports efforts to recognize most ditches as non-jurisdictional waters where construction, maintenance and rehabilitation efforts can be done with little federal intrusion.

In addition, Keppen said the agencies should move away from regulating ephemeral waters, particularly in the West where those features are dry land.

"In some cases, ephemeral drainage only lasts a few hours or a few days for the whole year," he said.

"We need crystal-clear exclusion from Clean Water Act jurisdiction for all of the West's important irrigation infrastructure. Otherwise, the entire Western irrigation and drainage system can be classified as a WOTUS and subjected to really incredible bureaucratic red tape.

"This could potentially disrupt the timing of water deliveries and result in the fouling of some of the country's and the world's most reliable and consistent sources of food and fiber. Without clear exemptions for these irrigation features, we know we'll see critics of irrigated agriculture claim that those features aren't subject to Clean Water Act jurisdiction, and this could spawn years of lengthy and costly litigation."

Expanded regulation in the West, he said, could create uncertainty and "cripple Western agriculture."

Jamie Johansson, president of the California Farm Bureau Federation, said a new WOTUS would need to provide exclusions to farmers and ranchers.

Without the exclusions or exemptions, he said, California farmers and ranchers could have a more difficult time with soil conservation efforts.

"They may want to engage in mitigation activities. Farmers also take on projects that include stormwater management, wildlife habitat, flood control, nutrient processing, improving and improving overall water quality in one's ephemeral features," Johansson said. "But if a farmer cannot do this without applying for a federal permit, it may be cost-prohibitive, resulting in environmental degradation."

As it stands now, he said, farmers and ranchers often wait at least six months for jurisdictional determinations from federal agencies before completing conservation and other projects.

"The harmful delay is compounded by the cost of consultants, engineers, permit applications and mitigation and the compliance costs that make the process simply untenable for many," Johansson said.

In addition, she said any efforts to regulate groundwater through the Clean Water Act would be misguided.

"When the Army Corps has sought to find out whether a ditch has replaced a prior natural drainage to decide whether or not it might be jurisdictional as a tributary, sometimes historic maps may exist that predate the construction of these ditches, and sometimes those maps and things have just been lost to the ages when it comes to identifying tributaries in this environment," she said.

Carr said case-by-case determinations are "onerous and time-consuming" and landowners "lose clarity" on which waters may be jurisdictional.

EPA's 2015 connectivity report asserted that lakes and reservoirs may contribute to groundwater, which eventually contributes to other surface water flows. Carr said there was no cause for making groundwater jurisdictional.

"The vastness of Western topography really needs to be considered carefully when considering upland lakes," she told the agencies.

"Now, in regard to ephemeral waters, the character of ephemeral waters in Nevada can vary even within our own state," Carr said. "I think, across the country, the (federal agencies) staff, especially maybe in Washington D.C., have very different mental models on what our country looks like based on their life experience."

In the West, Carr said, rainstorms often get "hung up on" mountaintops and provide a "significant amount" of precipitation.

"These ranges are in the hillsides and can carry flow," she said. "But, oftentimes, we have bridges, femoral water bodies that can go decades between flood-flow events. Just because a line can be drawn on a map that takes water theoretically from a hillside to jurisdictional waters downhill doesn't mean that that line should be drawn."

In addition, Carr said there are concerns that new WOTUS definitions could affect water rights in the West.

"An agricultural producer may not have a senior enough water right to be able to put that land in production, and so it may come out of production and become dry and potentially revert out of cropland status merely because they don't have the right to call for water," she said.

"So, any discussion about prior-converted cropland has to have a real recognition of how Western water rights and water law works."

Amanda Kaster, director of the Montana Department of Natural Resources, said during the roundtable that any change to WOTUS would need to recognize states' roles in preserving water resources.

"The jurisdiction of the federal agencies is not boundless, as was specifically recognized by the Congress in the passage of the Clean Water Act," she said.

When it comes to Montana waters, Kaster said there are concerns a new definition could affect wetlands that are not adjacent to otherwise navigable waters such as lakes and streams. In addition, she said WOTUS changes to ditches, potholes, ephemeral and other intermittent waters could have broad effects on landowners across the state. 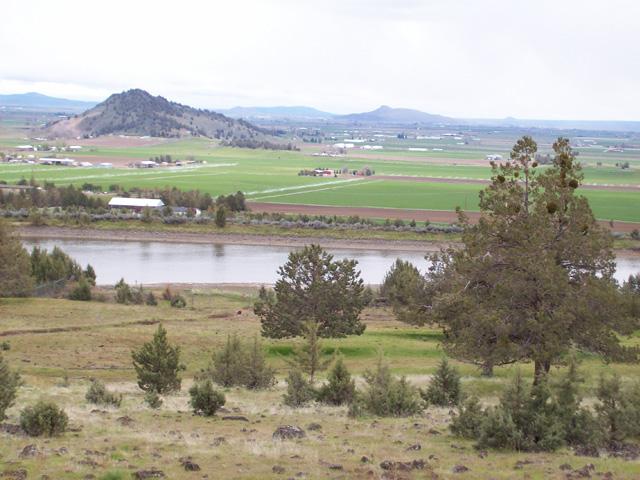