LINCOLN, Neb. (DTN) -- A group of 32 Republican senators on Friday asked the U.S. Securities Exchange Commission to rescind a proposed climate reporting rule that agriculture groups fear would create a burden for farmers.

On May 10, the SEC granted an extension of the public comment period to June 17 on a proposed rule to require publicly traded companies to report climate efforts.

The rule has raised concerns of more than 100 agriculture interest groups who say farmers and ranchers would face new burdens to report personal and business-related information.

The senators said in a letter to the SEC that the proposed rule would force farmers to do something they've never had to do.

"While farmers and ranchers have never been subject to SEC oversight, the proposed rule's Scope 3 greenhouse gas emissions reporting requirement would place a major reporting burden on the many agricultural producers that provide raw products to the value-chain," the letter said.

The lawmakers said reporting requirements could "force producers to track and disclose granular on-farm data" regarding individual operations and day-to-day activities to "stay compliant" with the companies that purchase their products.

"Such a requirement would significantly hinder the productive capacity of our agricultural industry," the letter said.

More than 100 agriculture interest groups asked for a 180-day extension in an April 26 letter to the SEC.

The "Enhancement and Standardization of Climate Related Disclosures for Investors" proposed rule has been touted by the SEC to protect investors in publicly traded companies. It would require those companies to report data about their entire supply chain.

American Farm Bureau Federation President Zippy Duvall said in a May statement the group has "deep concerns" about the proposal, including increased costs, legal liabilities and privacy concerns to farmers.

The American Farm Bureau Federation said in a news release regarding the letter signed onto by 120 ag groups, "Nearly every farmer's and rancher's products eventually touch a publicly traded company, meaning that farmers and ranchers could be forced to report personal information and business-related data."

The senators said they were concerned the SEC put forward the proposal without doing "proper due diligence" by analyzing how the rule would affect farmers and ranchers.

"As you know, the Paperwork Reduction Act, and the Regulatory Flexibility Act set forth specific requirements to which agencies, including the SEC, must adhere in the rulemaking process," the letter said.

"Specifically, the PRA requires that agencies evaluate the specific need for a government agency to collect information and provide a 'specific, objectively supported estimate of burden' on affected entities.

"We believe that this rule reflects a significant overreach of the SEC's traditional financial markets focus, and we urge you to rescind it."

Companies would then be required to report how they are meeting climate pledges. 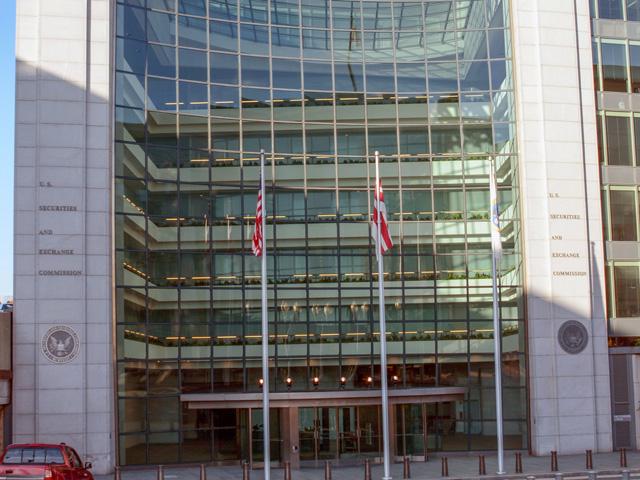