The union Teamsters Canada Rail Conference (TCRC) reported on their website March 16 that Canadian Pacific (CP) has served them with notice of lockout. In the event there is not a negotiated settlement between the parties, TCRC said CP stated it will lockout the union on Sunday, March 20, 2022, at 00:01 a.m. ET.

Canadian Pacific and TCRC began meeting with federal mediators March 11 in the hope of achieving a negotiated contract settlement and averting a work stoppage that could have taken place after midnight on March 16, 2022, at 00:01 a.m. EDT. Instead, CP served the notice of lockout.

Canadian Pacific noted on their website that negotiations are continuing in Calgary, "but our positions remain far apart."

"It was well known that CP was going to force a work stoppage and lockout our members. They have done just that," said Dave Fulton, spokesperson for TCRC. "At the bargaining table, CP continues to dismiss our members' demands and are unwilling to negotiate the issues they have created. We remain committed to reaching an acceptable agreement that addresses our members issues. Our members are fully engaged and will be ready in the event CP carries out the notice."

In a news release to CP customers from Executive Vice-President and Chief Marketing Officer John Brooks, CP said its plan is to lock out employees if the union leadership and the company are unable to come to a negotiated settlement. The TCRC represents approximately 3,000 locomotive engineers, conductors, train and yard workers across Canada.

"CP took this undesirable step because we cannot prolong the uncertainty associated with a potential strike for weeks or months. Since Sunday, TCRC has been in a position to issue a 72-hour strike notice, introducing uncertainty into the supply chain that is already being felt. We take this action today to bring that uncertainty to an end. Delaying resolution of this situation would only make things worse," said Brooks.

"Having negotiated in good faith since September, we are deeply disappointed that we find ourselves in this position. Yesterday CP tabled an offer that addressed a total of 26 outstanding issues between the parties, including an offer to resolve the TCRC's key issues, wages, benefits, and pensions through final and binding arbitration.

"Today, the TCRC leadership rejected CP's offer and, contrary to public statements by TCRC spokesman Dave Fulton that wages, benefits and pensions were the key issues, the union continues to table new work rule demands. In rejecting our offer, the TCRC's proposal included an even more onerous pension demand. The TCRC's latest position would, if accepted, be even more destabilizing to CP's Defined Benefit Pension Plan -- the pension plan for all of CP's unionized employees, not just the 10% who are TCRC members," said Brooks.

Brooks said CP will continue to bargain in good faith with the TCRC leadership to achieve a negotiated settlement or agreement to enter arbitration. "The Canadian economy could avoid all the pain and damage of a work stoppage if the TCRC would agree to binding arbitration, an outcome we continue to push for," he added.

"At the same time, CP has begun its work stoppage contingency plan and will work closely with customers to ensure a smooth, efficient and safe wind-down of Canadian operations," said Brooks.

Teamsters Canada Rail Conference said in their March 16 news release that it is committed to working with federal mediators and reaching a negotiated settlement. The union is willing to remain at the bargaining table until the March 20 lockout deadline and beyond.

Canada's Minister of Labour Seamus O'Regan Jr. said in a news release, "Our government respects and has faith in the collective bargaining process, because we know that the best deals are the ones reached by the parties at the bargaining table.

"Minister of Transport Omar Alghabra and I understand the impacts of a potential work stoppage and are monitoring the situation closely. We are encouraged to see that both parties are still negotiating. We have been in touch with the parties directly, urging them to work together to resolve their issues and reach a deal as quickly as possible, and will continue to do so."

Here is a link to the recent DTN story about the ramifications a strike would have on Canada's cattle and ag industries: https://www.dtnpf.com/… 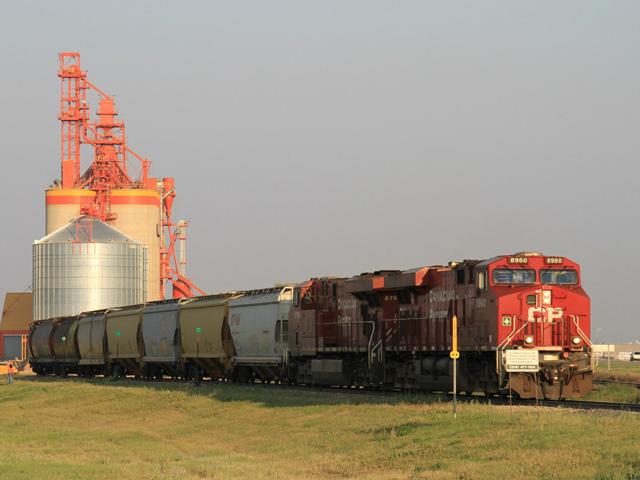