ROCKVILLE, Md. (DTN) -- Mexico's health safety regulator, Cofepris, rejected a Bayer GM (genetically modified) corn trait for import last week because it contains glyphosate tolerance, the latest move by the country's government to position itself in opposition to GM technology and glyphosate use.

The rejection will not affect current U.S. corn exports to the country and appears to be largely symbolic, since part of the trait singled out by the Mexican government -- HT3 x SmartStax Pro -- has already been discontinued by Bayer. The company is pivoting away from HT3 corn to a new weed control trait, HT4 corn, which is also under review by Mexico and other international importers.

But the move is in line with the current stance of Mexican President Andres Manuel Lopez Obrador, who issued a presidential decree in December 2020 vowing to phase out glyphosate use and human consumption of GM corn in Mexico within four years.

It is an alarming development for the U.S. agricultural industry given that Mexico is a major importer of U.S. corn. Although the country does not allow the production of GM traits, it does import hundreds of millions of bushels of American corn each year, of which the vast majority are GM and contain glyphosate tolerance.

"For many years, Mexico has been the top buyer of U.S. corn and in this pandemic era, when ports are congested and overseas shipping costs are high, Mexico's business is appreciated even more," noted DTN Senior Analyst Todd Hultman. "In 2020-21, Mexico's purchase of 614 million bushels (mb) of U.S. corn were the second largest, behind China's unexpected purchase of 845 mb."

The news of Cofepris's rejection of the Bayer corn trait was not made public by the Mexican agency itself, but the head of Mexico's National Farm Council went on the record about it in a Reuters article on Oct. 8, and Bayer confirmed the situation to DTN in a statement, condemning the move as unscientific.

"We believe the recent decision by Cofepris to not grant approval for this specific corn product stack containing our third-generation herbicide tolerant corn (HT3) and SmartStax PRO technology was for non-science-based reasons, contributing to further industry concern about the potential erosion of a robust evidence-based product approval process," the Bayer statement read. "We currently are reviewing potential legal options to take regarding this decision."

"This specific regulatory decision will not have an impact our business," the statement continued. "In 2020, based on delays in the EU regulatory approval process and while our submission was pending with Cofepris, Bayer made the decision to pause our hybrid development work on HT3 corn products to focus our resources on our fourth-generation herbicide-tolerant corn (HT4) product, which currently remains on track in the regulatory process and is expected to launch mid- to late-decade."

Other agricultural stakeholders have also spoken out publicly about the new, anti-GM stance of the Mexican government in the past year. More than two dozen industry groups penned a letter to USDA this past spring, urging Secretary Tom Vilsack to work on remedying this stark change in Mexico's ag and trade relations with the U.S. 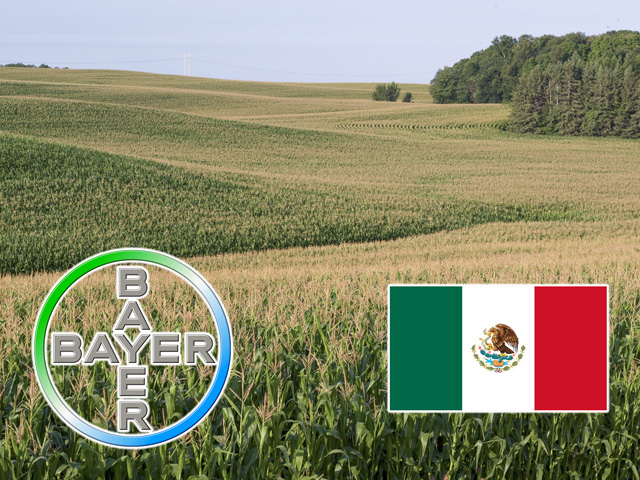