Consumers got the message a year ago that beef producers are great friends to have. Retail shelves may have been empty, but if you had a "beef connection," you could buy a steak or a pound of ground straight from the farm. Many of those relationships have continued, even grown. Add restaurant reopenings this year and full retail shelves, and it's pretty clear that in the dance known as supply and demand, beef's guys and gals have their dance cards full for the foreseeable future.

To make the most of that demand, producers will have to find a balance between inputs like feed and sale prices for calves. It will be a challenge this year, because as commodity prices trend up, feed prices are sure to follow.

Noble Research Institute agricultural economics consultant Jason Bradley says it's those feed prices that will influence what stockers and feeders pay for calves this fall. "Right now, the cow/calf guys look pretty good," he notes looking at mid-summer October feed contracts. "We will see some fluctuation when producers wean calves, but from May to mid-July [2021], we were up about 20 cents per pound on the October contract. That is a good sign for the fall market."

Bradley, based in the panhandle of Oklahoma, says while drought continued to be a major issue in parts of the High Plains and the far West, conditions in major cow/calf states were mostly positive as of the end of July.

"If you're in a drought area, we don't want to downplay that," he stresses. "But, because this is a rolling event going back over a year now, I don't believe we are going to see a massive dip in numbers of calves coming out of those drought areas this fall."

For operations where forage is abundant, Bradley advises to focus on managing that resource through rotational or timed grazing, and allow for recovery times to try to prolong grazing season.

As fall closes in, marketing becomes a game of numbers and watching the calendar. ShayLe Stewart says this could be a year when traditional time frames for selling calves are backed up, reducing the normal fall glut of calves. The DTN livestock analyst will be closely watching the Oct. 15 time frame, which she refers to as the "magical shipping date" for spring calvers.

"This year, I think we will start to see that earlier," says Stewart, who is based near Cody, Wyoming, where she and husband, Jimmy, run a cow/calf business. "I don't think the fall run in October will be as grand and extravagant as what we normally see because producers in many areas are out of grass. By July, some had already gone up the road with calves to folks with grass or feedlots where they could drylot. I don't think we'll see thousands of calves hitting the market in that traditional four-week period. Instead, there will be more sales scattered across the marketplace over a longer time period."

This may build more pricing opportunities into the market advantageous to the cow/calf segment. "There is opportunity in the market for some and hard challenges for others," Stewart stresses. "If you can come out the other side of those challenges, there are some grandiose prices to be had, especially if you can sell some females. I won't say we'll see 2014 price levels, but we're sure going to flirt with them a little bit."

At press time, Stewart reported strong sales on major video auction sites and said based on what she was seeing, she believed cow/calf producers are more comfortable with this market and have a sense of its overall direction, barring any black swan events.

"We are looking at October and getting excited to see $161 per cwt," she says, referring to the CME futures quote for cattle feeders. "The question is do you gamble and wait, hoping for even higher prices, or do you market earlier and get some security?"

The answer to that question is different for every producer. But, Stewart says a good relationship with area buyers will go a long way in squeezing the best out of this market. Just don't wait too long to pull the trigger.

Noble's Bradley adds producers need to be sure they are marketing to a venue that matches what they have to sell with someone willing to pay for it.

"Are you selling organic certified calves at the local sales barn? They don't care, and you won't get the true value of those calves in the marketplace," he stresses. "Market wisely, and seek out those buyers willing to pay for the types of calves you are marketing."

DTN's Stewart says there is a lot about this year feeders will like. To start with, it's unlikely they'll be seeing a lot of overly fleshy calves, bawling and soft. Rather, she believes hardier weaned calves will be coming in.

The winners this year will be those feeders who play the rations game best. Stewart says feeders are getting creative with rations, and by mid-year, many were laying in supplies of hay and corn to be sure they were covered.

Any backlogs of cattle were expected to be well gone by fall, meaning feeders were going to be more aggressively looking for cattle moving toward the end of 2021 and into 2022. In addition, she notes carcass weights are finally on the decline for both steers and heifers, a positive for the industry as a whole. As recently as March, steer and heifer carcass weights were some 20 pounds heavier than in 2020 and 35 pounds heavier than in 2019. Those increased weights were one of the most visible signs of cheap commodity prices followed by a pandemic that slowed, even stopped, processing around the world and kept cattle sitting on yards.

Texas A&M's David Anderson, AgriLife Extension economist, reports retail beef prices mid-year were still over the five-year average of $5.82 per pound. Choice retail beef prices were $6.96 per pound compared to $7.59 per pound a year ago during the pandemic. While lower, these prices have been trending up since January.

"We're seeing tighter supplies across the board on all proteins as there continues to be strong demand here at home and booming exports," he says, noting the economic recovery, which still appeared strong mid-summer, was driving increased beef demand. Restaurant demand was up, putting pressure on higher-value cuts, and at the same time, retail demand had not waned.

"There is just extraordinary demand right now," Anderson says. "As we were coming out of the pandemic, people wanted to get out, and restaurants are meeting that pent-up demand. But, purchases at grocery stores haven't slacked off, even with the reopening. The combination is fueling higher retail prices."

Mid-summer saw a lot of variation in hay prices, especially between the haves and have-nots in cattle country. The closer a state was to a drought area, the higher the price of hay. Good and premium quality bermuda hay, sold in large rounds, was trading in a range from $115 to $160 per ton mid-July. Alfalfa, sold in large rounds and in a quality considered fair to good, was trading in a range from $120 to $203 per ton. When pricing hay this year, be sure to note nutritional values and be wary of hay from drought areas, as there is more potential for mold, high nitrate levels and other toxins.

-- A companion article focused on commodity price and feed forecasts is available at https://www.dtnpf.com/… 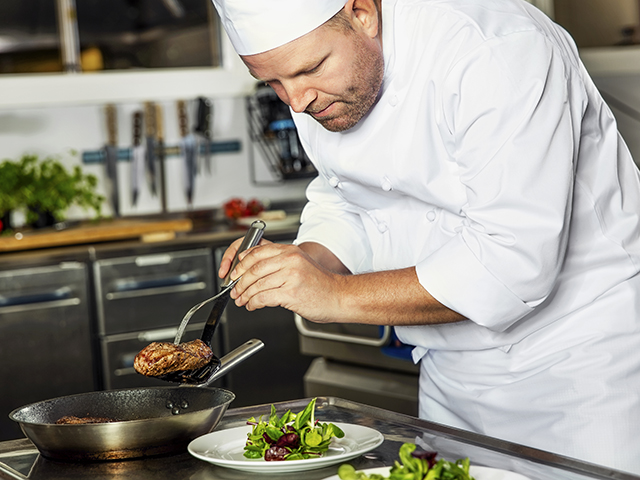