As the 2021 crop season moves into its home stretch, some areas in drought are entering historical categories. At some longtime reporting stations, the summer of 2021 is effectively kicking the hot, dry year of 2012 to the side of the road. Dryness at other reporting points is going further back and rivaling the Dust Bowl years of the 1930s.

That dry period effectively covers the growing season to this point. At those specific stations, Yankton, South Dakota recorded only 5.6 inches precipitation from April 1 through Aug. 16, driest on record and drier than the previous record of 6.64 inches in 1936. Vermillion and Tyndall in South Dakota, and Sioux City in Iowa, were all second only to years in the 1930s.

Dryness and drought are also indicated to be notable parts of the scene in the future, according to the latest climate change report from the Intergovernmental Panel on Climate Change (IPCC) which was released earlier this month. Nebraska State Climatologist Martha Shulski told DTN in an email comment that long-term climate models do point to a slightly greater amount of precipitation for the central Plains, but "what is most telling in terms of the precipitation projections for the central U.S. is the summer drying trend," Shulski said. "The trends by month are striking; wetter during the 'colder months' but drying for summer."

Shulski also points to the prospect of limited benefit from irrigation. "The influence of higher temperatures cannot be mitigated by greater water usage," she said. "And hot/dry conditions during summer also means more water demand for other users than agriculture."

And speaking of higher temperatures, a post on the climate science blog RealClimate by Michael Mann of Pennsylvania State University's Earth Systems science center highlighted the rapid rate of temperature increase noted in the Summary for Policy Makers section of the IPCC Report:

"Global surface temperature has increased faster since 1970 than in any other 50-year period over at least the last 2000 years (high confidence). Temperatures during the most recent decade (2011-2020) exceed those of the most recent multi-century warm period, around 6500 years ago (0.2 degree Celsius to 1 degree Celsius relative to 1850-1900) (medium confidence). Prior to that, the next most recent warm period was about 125,000 years ago ... the last decade was more likely than not warmer than any multi-centennial period after the Last Interglacial, roughly 125,000 years ago."

The full IPCC report is available at this link: https://www.ipcc.ch/… 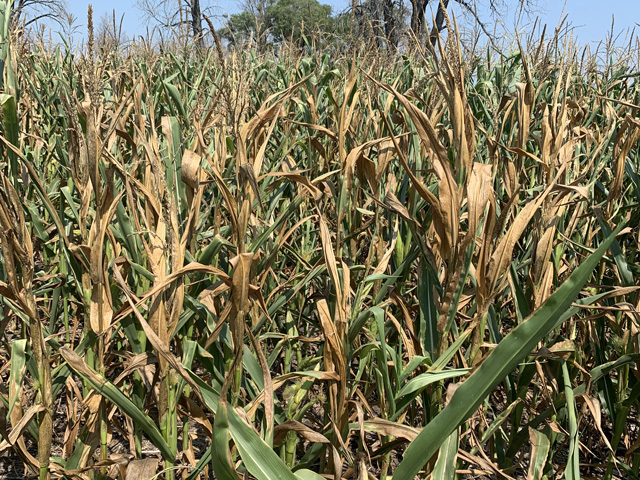