LINCOLN, Neb. (DTN) -- In an effort to prevent the spread of African swine fever from the Dominican Republic, USDA is preparing a foreign animal disease protection zone in Puerto Rico and the U.S. Virgin Islands.

USDA's Animal and Plant Health Inspection Service said in a news release on Thursday that once the protection zone is established, the agency will be able to restrict movement of live swine and products out of the protection zone, conduct surveillance within the zone, conduct a public-education campaign on biosecurity on farms, prohibit the movement of live swine and products outside of the region and to contact report clinical cases to authorities.

USDA announced on July 29 that pigs in the Dominican Republic tested positive for the disease, which has no vaccine or cure. A USDA official said earlier in August that the U.S. was trying to accelerate efforts to eradicate feral hogs in Puerto Rico and to expand testing efforts in Haiti and the Dominican Republic.

ASF has not been detected in Puerto Rico or the U.S. Virgin Islands.

The World Organization for Animal Health provides for the establishment of a protection zone within an area free of disease, USDA said, as a temporary measure in response to an increased risk from a neighboring country or zone of different animal health status.

"APHIS is confident that its many existing preventive measures and mitigations, along with the additional measures underway and announced today, will protect our livestock industry from ASF and ensure the continued export of pork," USDA said in a news release.

USDA said it is "actively working" with officials in the Dominican Republic by offering technical advice and assistance on surveillance, quarantine, depopulation and disposal methods. It is also providing testing support, including bolstering in-country testing capacity.

National Pork Producers Council President Jen Sorenson said it was important to "preserve the continuity" of U.S. pork exports while preventing the spread of the disease.

"We have significantly bolstered U.S. biosecurity defense against ASF since it began spreading in the Asia-Pacific region nearly three years ago and must re-double our efforts given the recent outbreak in the Dominican Republic," she said in a statement.

ASF has no human health implications, but the disease spreads rapidly through a swine herd and is deadly to swine.

Germany was originally hit with ASF in its feral hog population last year, which effectively cut off exports from the country. Earlier this month, German officials reported ASF had been found in at least three farms, affecting domestic pigs.

"US Steps Up African Swine Fever Efforts" at https://www.dtnpf.com/…

"ASF in Dominican Republic" at https://www.dtnpf.com/… 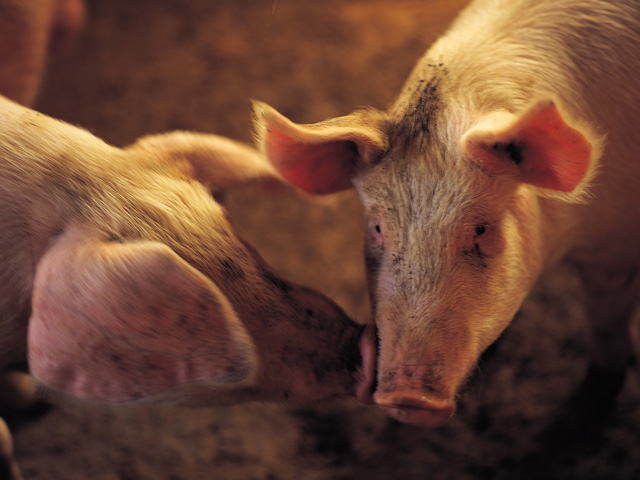