OMAHA (DTN) -- Despite helping advance farmers' understanding of soil health, conservation, water quality and carbon sequestration over the past seven years, the National Corn Growers Association is shutting down its flagship sustainability program, the Soil Health Partnership, at the end of the month.

The partnership was one of the first moves by a major commodity group to directly promote soil health practices by providing direct testimonials and research from fellow farmers. SHP helped drive other organizations and agribusinesses to directly invest in on-the-farm conservation practices that sequester carbon in the soil.

Staff at the Soil Health Partnership and the National Corn Growers Association told DTN the 7-year-old program had been unable to sustain its funding as the partnership expanded. NCGA's board voted earlier this spring to terminate the program.

"Our board had to make that decision based on whether or not we could keep it running, and it was driven by the financial situation and the financial costs of the program," said Nathan Fields, vice president of production and sustainability for NCGA.

Near the end of 2015, the Soil Health Partnership had about 40 farmers involved in it, mainly in Illinois, Indiana and Iowa. As it is ending, SHP lists that it has had on-farm engagement with 200 farms in 16 states. With each farmer participating, the program was conducting projects such as replicated side-by-side soil trials on production fields. That led to a lot of costs for soil testing and putting together the data from those results.

As recently as 2019, the Soil Health Partnership was holding national conferences on its work and drawing hundreds of farmers, conservationists and researchers to its events. At the same time, there were increasing efforts from other groups to create parallel programs, such as the Soil Health Institute, created by the Nobel Research Institute. Soil health also has begun to evolve into attention on carbon sequestration and carbon markets with corporations that make up a large part of the supply chain now funding their own projects directly with farmers.

"Back when we started all of this, it was a very robust pre-competitive space," Fields said. "People were willing to toss in and support this kind of work and support the industry as a whole. It's far more crowded and really quite competitive. As more organizations and private companies are wanting to make significant claims of what their supply chain should look like or what their overall footprint is, and how they can contribute to improve their environmental footprint through soil-health practices, and they really want to make that direct investment themselves instead of fund an industry effort."

When the partnership was created, it was expected that industry partners, non-governmental organizations and other granting organizations would pick up the costs. All 20 employees of the Soil Health Partnership were on the payroll for the National Corn Growers Association, which also handled logistics and other support. As funds dried up, that put more pressure on NCGA's budget.

John Mesko, senior director of the Soil Health Partnership during the past two years, said SHP was originally expected to be a five-year project. At the end of 2019, though, there were still some issues that needed more attention, especially around the economics related to soil health.

"And so, we set about to pursue those deliverables in a more articulated and more direct fashion than what we had been doing," Mesko said. "And those things we have delivered on."

"All farmers and landowners should be investing in conservation practices that improve soil health and water quality and those decisions have to align with the farm's finances," Naig said. "I am grateful the Soil Health Partnership has done the research and the math to help farmers incorporate the conservation practices that are right for their fields and their bottom lines."

NCGA will use the gains made by SHP to encourage greater adoption rates of soil-health practices as the Biden administration looks to focus on how agriculture can reduce greenhouse gas emissions and expand overall conservation, Fields said. He said those goals are expected to lead to greater investment by Congress in USDA's conservation programs going forward as well.

"I would expect if we are serious about reaching these goals that you would see increased dollars coming into those programs," Fields said.

The Soil Health Partnership website is filled with testimonials from farmers across the Midwest and Plains states who saw the value of working with the group on soil sampling and measuring economic and environmental benefits.

A centerpiece of the partnership was using field days on farms to highlight some of the practices and data from those operations involved in SHP. Many of the farmers involved were early adapters to planting cover crops who wanted to highlight those practices to other area farmers.

Iowa farmer Chris Gaesser said he and his father, Ray, were disappointed the partnership was ending. Gaesser said Iowa commodity groups were looking for a way to keep the partnership operating in the state. The Iowa Soybean Association had taken some soil samples from the Gaessers' farm last month, and within a few days, they learned the program was being cut. Farms in the project would select their own practices they wanted to adopt to see if it would lead to soil benefits and profitability. The SHP staff and others would then conduct soil tests to see what impact no-till, cover crops or change in rotation would do to improve organic matter. "So you got to kind of design your own project," Chris Gaesser said. "As long as it looked like it was a practice that could improve the soil, you got to run with it. So, I've been talking to a lot of people about trying to find a way to keep it going in Iowa. We had a lot of participation in the state and there's a lot of value just in the data."

Chris Gaesser hoped the tie-in between the state's commodity groups and water-quality initiatives would help continue a similar project in the state.

Ray Gaesser noted one of the key aspects of SHP was field days on local farms where other producers could see how conservation tillage and cover crops benefit both the soil and local environment, such as water quality.

"That's what it's all about is farmers learned from other farmers," Ray Gaesser said.

"One of the main objectives of the partnership was to demonstrate or discover the value of those practices," Mesko said. "What are the expenses involved as a farmer decides to change farming practices? What are the benefits? How much is the benefit due to cover crops or reduced tillage?"

The economics piece of SHP didn't quite get to the point of demonstrating that a specific suite of practices would translate into a certain level of profitability on every farm. The partnership, and other organizations with a soil-health focus, have led the commodity groups to accept certain practices such as cover crops are beneficial to farmers.

"Along the way over the past seven years, the community has come to see the benefits," Mesko said. "It's important to acknowledge that the Soil Health Partnership, the Soil Health Institute and others involved contributed to the collective understand among the community that these things are a positive benefit for agriculture."

One of the concerns raised about SHP closing down on May 28 has been the need to archive its data and be able to share that information. Mesko said staff at SHP are still working on a system to keep and use that data in the future for research as they try to wrap up the program.

"We have worked out some emergency funding from some of our partners to be able to secure funding for a couple of staff to continue on and wrap up this data piece beyond May 28, so that's been huge," Mesko said.

For more about the Soil Health Partnership, see: www.soilhealthpartnership.org 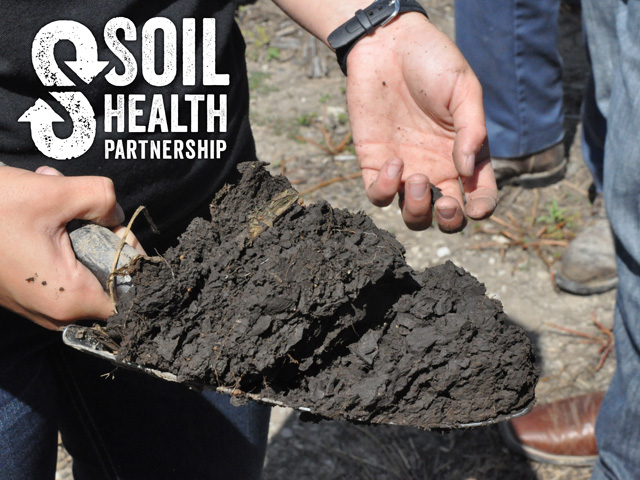