WASHINGTON (DTN) -- The Agriculture Department and the Health and Human Services Department on Tuesday released the 2020 edition of the Dietary Guidelines for Americans.

The guidelines will be in place through 2025.

The theme of the guidelines is "Make Every Bite Count," Agriculture Secretary Sonny Perdue said.

Officials conducted a webinar on the guidelines this morning. The guidelines reiterate long-standing recommendations that Americans should eat more whole grains, fruits and vegetables and lean meats.

In a news release, USDA and HHS indicated they dodged the most controversial recommendations from the Dietary Guidelines Advisory Committee -- a specific limit on alcoholic beverages for men and added sugar intake.

The release said, "Steeped in scientific evidence, the key recommendations look similar to those of the past and address two topics that garnered much attention throughout the development of the guidelines -- added sugars and alcoholic beverages."

"Dietary Guidelines for Americans, 2020-2025 carried forward the committee's emphasis on limiting these dietary components, but did not include changes to quantitative recommendations, as there was not a preponderance of evidence in the material the committee reviewed to support specific changes, as required by law. As in previous editions, limited intake of these two food components is encouraged."

As Politico reported (https://www.politico.com/…), USDA and HHS decided to keep the advice from the last guidelines that people consume not more than 10% of their calories from added sugars. The advisory committee had recommended lowering that to 6%. Politico also highlighted that the recommendation against tighter alcohol standards "had sparked furious pushback and lobbing from the alcohol industry."

The Wall Street Journal (https://www.wsj.com/…) quoted Brandon Lipps, deputy undersecretary for food, nutrition and consumer services at USDA who was asked if pressure from business groups played a role in the government's decision. Lipps said, "To the extent that stakeholders provided input about whether the science was being properly reviewed, we took that into consideration," and noted that the government received more than 106,000 comments from the public. "We committed to issuing guidelines based on sound science in an open and transparent process. We believe that at the end of the day, that's what we did," he said.

The WSJ noted, however, that more than 70% of U.S. adults ages 20 and older are overweight or obese, according to 2015-16 data from the Centers for Disease Control and Prevention.

A group called the Nutrition Coalition stated the new guidelines ignore health challenges facing 60% of Americans who are diagnosed with one or more diet-related diseases, including heart disease, obesity and diabetes.

The National Milk Producers Federation praised USDA and HHS for releasing the new guidelines, "which reaffirmed dairy's central role in diet as a provider of essential nutrients that are often under-consumed in American diets." The dairy recommendations included three servings of dairy every day, and noted Americans are not consuming enough dairy to meet their nutritional needs.

More information on dietary guidelines can be found here: https://www.dietaryguidelines.gov/…. 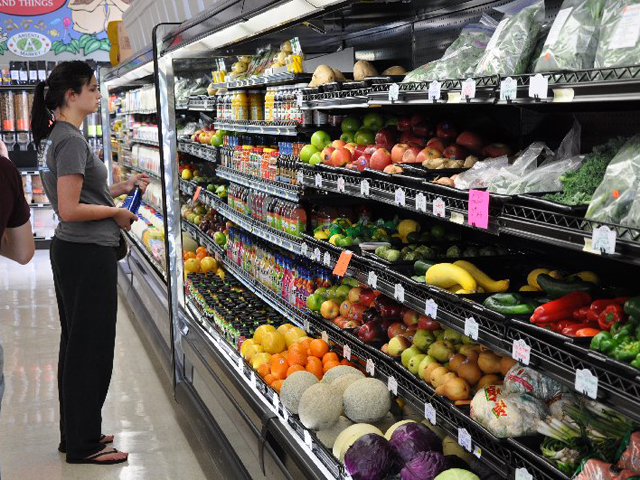