OMAHA (DTN) -- Agriculture lobbyists are trying to get a handle on where federal policy on agriculture, trade and environmental issues will land with the incoming administration of President-elect Joe Biden and new members of Congress.

A group of ag lobbyists shared their perspective while on a panel discussion during the virtual Ag Media Summit on Tuesday.

They said a Biden administration and the current Democratic hold on the U.S. House of Representatives would be good for biofuels. However, they raised concerns about the future of the waters of the United States (WOTUS) in the Clean Water Act and pesticides regulation.

"I looked through the numbers the other day, really only 3% of the House seats changed parties, and only 9% of the Senate seats, three Senate seats out of 35 changed," said Mary Kay Thatcher, senior manager, federal government and industry relations for Syngenta.

Unlike the weeks and months following other elections when more seats flipped in Congress, ag lobbyists expect to face less of a learning curve for new members when it comes to agriculture's challenges.

Agriculture has paid close attention throughout 2020 as to whether China was buying the amount of U.S. ag commodities it agreed to in phase one of the trade agreement.

A big question is how a Biden administration will handle China. Biden gave some indication during a press conference on Monday.

"But he (Biden) also mentioned that he's going to take a less-punitive approach," she said.

"But I was also pleased to hear President-elect Biden, two or three weeks ago, talk about building a larger allied force to continue this pressure on China and not just make it the U.S. versus China," Goule said.

"I think the larger we build our coalition, the more strength that we're going to have in keeping China basically in check."

When it comes to wheat, Goule said growers want to see the U.S. re-engage with southeast Asia on trade, including with nations in the Trans-Pacific Partnership exited by the Trump administration.

Thatcher said fast-track trade promotion authority expires on April 1, meaning a Biden administration would have virtually no time to re-enter the TPP.

"I don't even know if I can envision it with the EU (European Union) or the UK (United Kingdom) or whatever. But, you know, I thought a lot about Mr. Biden talking about, you know, instead of undertaking a bunch of new trade agreements, maybe he focused more on enforcement."

In the past year some members of Congress, including Sen. Charles Grassley, R-Iowa, have called for reviewing trade powers of the executive branch.

"I will be very curious, when the next Congress starts back up, how many of those bills are introduced," he said.

"You had Democrats and Republicans complaining about that direct approach the executive branch took, and so I think keeping an eye on TPA in that April deadline is going to be key and getting a lot of things done. I would still be surprised if they let it lapse, but there may be some additional parameters put on where Congress has to be more involved."

It is expected that a Biden administration will take an aggressive approach to addressing climate, through regulatory actions and legislation.

"I think it's crucially important that the Biden transition team and administration carefully look at who they're going to put down there and these leadership roles at the USDA," Goule said.

"I mean, all of us in ag know that we are a solution to climate change. When you look at the largest greenhouse gas emitters, it's transportation and industry. But yet ag always seems to get this horrible image that we're the No. 1 player out there, and we're not."

As a result, Goule said it will be important for ag to stay at the forefront as a solution and to reiterate farmers and ranchers have been "early adopters."

"I think without a doubt, that's going to be a lens that every decision that USDA is going to be viewed through during this administration," Smith said.

Smith said she expects the new administration to pivot, if not a 180-degree turn, on nutrition. "We think ... the changes that were worked on SNAP (Supplemental Nutrition Assistance Program) during this administration are probably going to be a very different perspective, no matter who the secretary of agriculture is under a Biden administration," she said.

Goule said the first 18 months of a Biden presidency will be focused on a response to the pandemic, funding the government and setting up USDA, followed by working on a 2022 farm bill.

Because farmers received billions of dollars of government payments to survive the pandemic, Smith said she believes it will make the next farm bill negotiations challenging.

"Farmers getting a third of their income, not from the marketplace but from the federal government, isn't particularly sustainable," she said.

"And the farmers that I talked to don't want it to be that way."

Thatcher said she expects to see Biden work on overturning many Trump regulations, including the new Navigable Waters Protection Rule.

"I don't think it's going to be any different than Mr. Obama did before Mr. Trump and others," she said.

"I assume we're going to have a whole bunch of those that get overturned as President-elect Biden comes into office," said Thatcher.

Goule said the NAWG board already is "tied into a knot" about the prospects of yet another change in waters of the U.S.

The Trump administration launched its term by repealing the 2015 WOTUS rule and replacing it.

Goule said the WOTUS issue is of particular importance in the Prairie Pothole regions of the Dakotas and Minnesota.

"It's also an issue for us up in Michigan, where my current national president is from," he said.

"I would say WOTUS and then also the progress that we've made on pesticides, either certification or recertification are probably two of the largest regulatory issues that we want to see maintained from the Trump administration," Goule added.

Thatcher said she believes a Biden administration would work early on to change course on how the Trump administration approaches the use of science at EPA.

"The anti-pesticide feeling in Congress seems to really be growing," she said.

In Congress, in particular, there is an anti-pesticides sentiment among some lawmakers in the House. Sen. Tom Udall, D-New Mexico, authored legislation along with 100 co-sponsors to outlaw organophosphates, neonicotinoids and other chemicals, Thatcher said.

In recent years, ethanol industry officials have pushed toward making high-octane fuels a reality and expand markets for biofuels.

"I'm hoping that can be one of the first bridges that this administration will reach out to Democrats and Republicans in the Senate and the House to move forward on because it's such a positive thing for all of agriculture as we continue to increase," Goule said. "Increasing the RFS and continuing to move that direction helps all of us in agriculture."

Smith said, "We have an administration that we know is going to want to focus on climate issues, and what a great bridge to build to rural America to be able to talk about low-carb, low-carbon fuels.

"It's been no cakewalk for the Renewable Fuel Standard, or that industry for the last few years, either. There have been just a different set of battles and concerns than we're probably going to face the next 40 years." 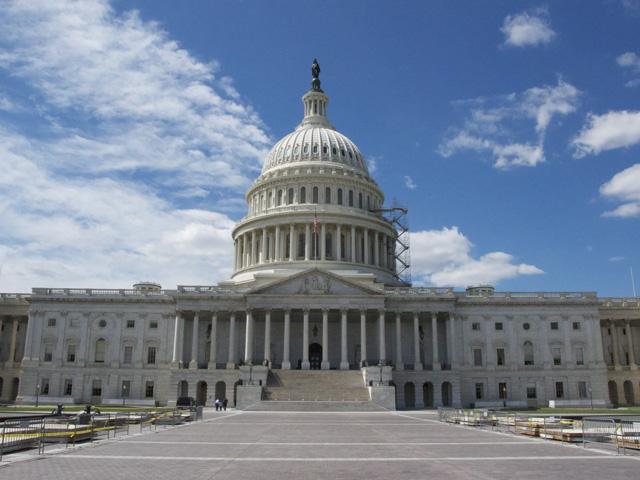