The drama about dicamba was still underway as we headed to press this issue. Continued legal battles, pending re-registrations, field-performance issues and off-target movement allegations were all clouding our view of the future use of the herbicides that complement the Xtend trait system.

Meanwhile, companies vow to keep pushing for new registrations, citing support for the technology from many farm groups and new products under review by EPA to reduce volatility.

Before they can be sold and used in 2021, EPA must approve new registrations of XtendiMax, FeXapan and Engenia, which were vacated by a 9th Circuit court ruling in June, as well as Tavium, whose label expires in December.

NEW PRODUCTS IN THE MIX

Bayer has submitted a new tank additive for registration for use with its XtendiMax. Alex Zenteno, Bayer dicamba product manager, described it as a "volatility-reducing agent." According to BASF emails, the company is also attempting to register "a combination product that includes dicamba and other active ingredients for over-the-top use on soybeans and cotton."

In the meantime, Corteva has submitted a novel dicamba-choline formulation to EPA for review for registration. Bayer is also working on new dicamba formulations, according to Zenteno.

University of Arkansas weed scientist Jason Norsworthy is working on developing a compound, a formulation of potassium borate, that is also showing promise in reducing the volatility of dicamba herbicides in field trials.

This will be EPA's third attempt to revise labels for these dicamba products, which already contain some of the most complex use instructions of any pesticide.

To avoid similar legal challenges in 2021, any new labels will have to reduce the off-target movement problems the 9th Circuit cited in its decision to vacate the registrations of three dicamba herbicides. With continued reports of volatilization and off-target movement of dicamba herbicides this summer, especially in Midwest soybean-producing states, some wonder if continued postemergence use can remain legal.

"I don't quite see how you could possibly issue new postemergent use labels and not run into the same problems," notes Bob Hartzler, Iowa State University weed scientist, whose state has grappled with widespread off-target dicamba crop injury this summer.

Meanwhile, some scientists and farmers in the South and Midwest are reporting a decline in dicamba efficacy, particularly in Palmer amaranth and waterhemp populations. University of Tennessee Extension weed scientist Larry Steckel has documented dicamba-resistant Palmer amaranth populations surviving up to 2.5 times the labeled rate of dicamba.

"It is definitely translating to the field," he adds. Some Tennessee cotton growers are finding that, even after burndown and preemergence herbicide use, they have to follow two postemergence dicamba applications in cotton fields with a third postemergence application of glufosinate in order to clean up weeds, with total weed-control costs nearing $90 per acre, he says. 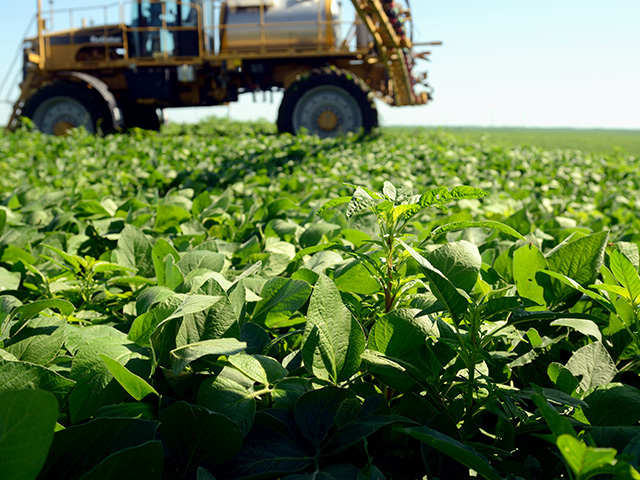