OMAHA (DTN) -- In light of the massive ammonium nitrate (AN) explosion that killed almost 200 people and injured thousands more in Beirut, Lebanon, a committee in the U.S. House of Representatives is attempting to restart federal efforts to secure AN stockpiles in the United States.

The House Committee on Education and Labor is asking for more information from the Occupational Safety and Health Administration (OSHA) on where it stands in a process to revise its chemical plant safety standards.

Federal efforts to address AN safety began as a result of an executive order by President Barack Obama following the deadly 2013 explosion at West Fertilizer in West, Texas, that killed 15 people, including 12 emergency responders.

The Trump administration in 2019 ended a federal requirement that plants provide public information about chemical risks when requested by the public.

"The PSM standard revision has been on the long-term regulatory agenda since the end of 2016," the letter said, "and to date there has been no evident progress on the PSM standard or related ammonium nitrate protections, despite the clear need and urgency to finalize these revisions."

The committee asked OSHA to put the PSM standard back on the active agenda and to "invest resources to ensure its timely issuance in order to protect plant workers, emergency responders, and the surrounding communities from the tragic consequences of ammonium nitrate explosions."

In 2014, OSHA issued a request for information and completed the Small Business Regulatory Enforcement Fairness Act process in 2016.

The committee said, at a minimum, OSHA should update its explosives standard, which "covers fertilizer grade ammonium nitrate, to meet the requirements of the latest National Fire Protection Association Code."

The association joined forces with the Fertilizer Institute and developed guidelines for storage and transportation of ammonium nitrate and the ResponsibleAg program.

ResponsibleAg is designed to ensure agricultural retailers understand and are following federal regulations that apply to their facilities, including those administered by EPA, OSHA, U.S. Department of Homeland Security and the Department of Transportation. Since its creation, 3,400 audits have been completed and more than 1,300 facilities have been certified by the ResponsibleAg program.

"As indicated by the U.S. Chemical Safety Board during congressional testimony, there have been no accidental detonations of ammonium nitrate where facilities complied with existing federal regulations. ARA is willing to work with OSHA on the potential updating of the AN storage regulations."

Gupton said ammonium nitrate is highly regulated at the state and federal level, all of which have authority to inspect AN facilities.

A 2013 DTN investigation into fertilizer storage and regulatory issues obtained information from 17 states, finding many situations and locations comparable to and exceeding in size of AN stockpiles that were at West Fertilizer Co.

Between 28 and 34 tons of ammonium nitrate ignited as a result of a fire at West Fertilizer. A federal investigation of the incident remains open -- authorities believe the fire was set intentionally.

DTN's research and analysis showed Tennessee in 2012 had 86 solid ammonium nitrate stockpile locations, the largest number compared to the other states that shared data. Out of those 86 Tennessee sites, 24 reported having an average daily amount of AN stored between 499 tons and 4,999 tons -- about 18 to 147 times the amount of AN that ignited in West, Texas.

Also, according to 2012 data, Texas communities that ranged in population from as few as 88 to as high as 600,000 residents reported an average daily total of 24,854 tons stored, or an average of 289 tons per site. However, those sites have potential to hold more: They reported having a total maximum daily amount of 85,714 tons of storage onsite for AN at any one time.

A 2014 Government Accountability Office investigation found "large quantities of ammonium nitrate are present in the United States." The GAO made several recommendations, including that OSHA consider updating regulations for the storage of ammonium nitrate and to work with EPA on those efforts.

The GAO also called on OSHA to identify high-risk facilities working with ammonium nitrate and develop options to target them for inspection.

The GAO concluded if OSHA regulations are not updated, "high-risk facilities" may not be prompted to "adequately address the risks the chemical creates for workers and neighboring communities."

In addition, the U.S. Chemical Safety and Hazard Investigation Board in 2016 recommended OSHA update its ammonium nitrate standard, among other actions.

Currently, the OSHA standard allows ammonium nitrate to be stored in wooden bins. The investigation into the West Fertilizer disaster found AN was stored in wood bins.

In addition, OSHA requires sprinklers for bagged ammonium nitrate exceeding 2,500 tons. According to the House committee letter, however, "The standard doesn't apply to facilities in operation when the standard was issued."

The House committee asked OSHA to provide information on any progress made in finalizing and/or "modernizing ammonium nitrate protections since Jan. 20, 2017."

The committee also asked OSHA for a list of all inspections and enforcement actions it has taken involving ammonium nitrate starting on April 17, 2013. 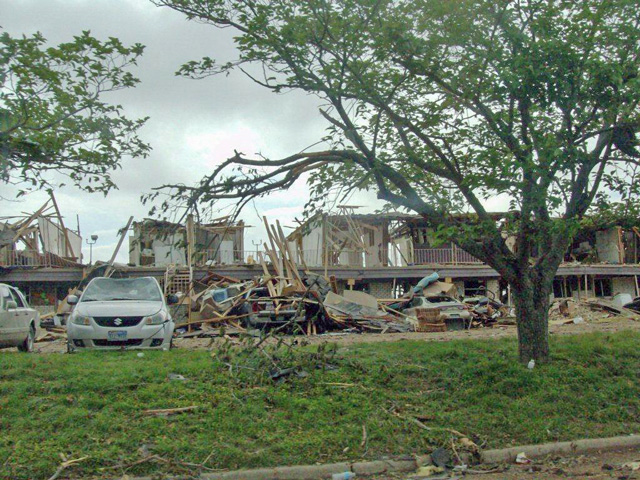