OMAHA (DTN) -- Alleging federal agencies completed the Navigable Waters Protection Act based on "political winds and currents," environmental groups argue in a new federal lawsuit the rule should be vacated.

Fourteen groups, led by the South Carolina Coastal Conservation League, filed the lawsuit in the U.S. District Court for the District of South Carolina. It is the second court action filed this week aimed at the new rule, which was finalized this spring.

The Navigable Waters Protection Act, which was published in the Federal Register on April 21, is alleged by the groups to have the effect of "dramatically reducing the universe of waters protected" by the Clean Water Act. An amended lawsuit also filed this week by the New Mexico Cattlemen's Association alleges the new rule continues to regulate non-navigable waters.

Environmental groups said in their lawsuit the rule was completed without "measure and deliberation" and a "fair grounding in the statutory text and evidence."

They argue the new rule "ushers in an era of unprecedented, unlawful degradation and destruction of the nation's most precious natural resource: water.

"Although the replacement rule is cast in federalist tones, the rule upsets the carefully crafted federal-state partnership at the core of the Clean Water Act's comprehensive national program to protect water quality. In the present rulemaking, the agencies have executed an about-face, abandoning the 'significant nexus' test and prior regulations implementing it. The result will remove protections for more than a million stream miles, over half of the nation's wetlands, and public lakes across the country, including in South Carolina and near this court."

Those areas, the EPA contended, should be considered WOTUS because they are linked to streams, rivers and other traditional navigable waters by a so-called significant nexus.

In the new lawsuit, environmental groups argue, "Past and current definitions have also protected ecologically-important ephemeral streams -- prevalent waters that flow only in response to precipitation. This rule categorically excludes them. It also removes protections for some intermittent streams -- which flow continuously during part of the year -- and some perennial streams."

In addition, the lawsuit said, "Remarkably, the agencies have also erased protections for all otherwise jurisdictional waters, including traditional navigable waters and the territorial seas, if they fit within the rule's exclusions."

The lawsuit said the EPA and the U.S. Army Corps of Engineers have "rejected the reach of the Clean Water Act accepted by every administration since the act was passed without providing any 'good reasons' for the change."

The environmental groups point to the work done by EPA leading up to the 2015 rule -- including more than 1 million public comments received and public hearings held -- as evidence the agency was on a solid legal foundation with the rule.

The U.S. District Court for the Southern District of Texas, however, ruled in May 2019 that EPA violated the law in making changes in the final rule that were not proposed in the preliminary rule. That court also sent the rule back to the agency.

In another ruling in the U.S. District Court for the District of Georgia, the court said the rule extended EPA's and the U.S. Army Corps of Engineers' "delegated authority beyond the limits of the CWA, and thus is not a permissible construction of the phrase 'waters of the United States' within the statute.

In addition, the Georgia court joined the Texas court in ruling the EPA promulgation of the WOTUS rule violated the Administrative Procedure Act. A number of states and a variety of interest groups including the American Farm Bureau Federation were plaintiffs in the case.

One of the more interesting legal issues about Clean Water Act jurisdiction centers on defining the term navigable as it appears in law. Courts have wrestled with the definition since the inception of the act. 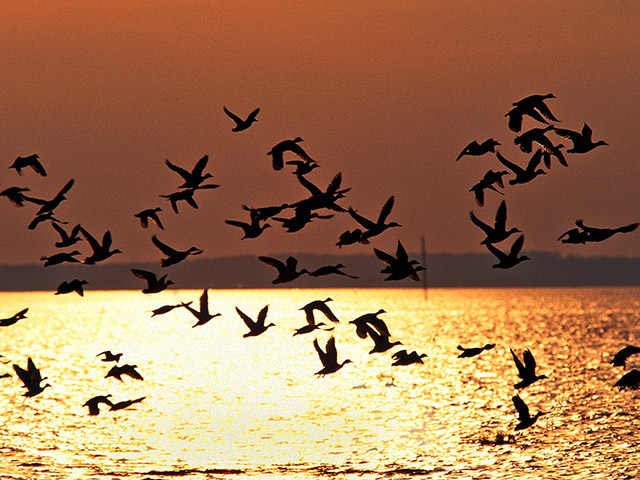