Here is a link to a story I did on the importance of non-flood related dredging in the Lower Mississippi River. A study by the STC shows doing so would have a positive impact on farmers who haul soybeans and other grains to river terminals that eventually send them down the Mississippi to the Gulf of Mexico for export: https://www.dtnpf.com/….

In August 2019, the U.S. Department of Agriculture (USDA) released a significant new study that quantifies the cost-savings and competitive advantages that would accrue from investing in long-delayed improvements to the inland waterways locks and dams on the Upper Mississippi and Illinois River system: https://www.ams.usda.gov/….

The river's infrastructure continues to deteriorate and major flood events like in 2019 put even more stress on locks and dams. Most of the locks and dams were built in the 1930s with a life expectancy of maybe 50 years. In March 2019, the U.S. Army Corps of Engineers estimated the backlogged maintenance cost for locks and dams of the Mississippi and Illinois rivers is more than $1 billion. https://www.mvr.usace.army.mil/…. 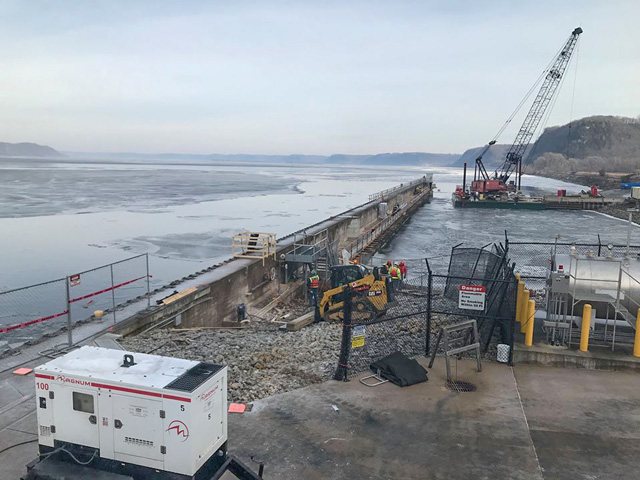