"It doesn't get old," Hula told DTN. "The excitement is still there. I feel like I'm a good steward of the crop and I have a lot of information I want to share yet. Trust me, I have failed more than most, and that's why I want to share what I've learned with growers."

Hula's winning entry came in the category of strip/minimum/mulch/ridge-till/irrigated with Pioneer hybrid P1197YHR.

Bridget Dowdy of Valdosta, Georgia, produced the second-highest yield with a conventional, irrigated cornfield that hit 552.97 bpa. Craig Hula of Charles City, Virginia, landed the third-highest yield of 545.80 bpa in a strip/minimum/mulch/ridge-till/irrigated category. The highest non-irrigated yield was 422.35 bpa grown by Drew Haines from Middletown, Maryland.

See a full list of the national and state winners here: https://www.ncga.com/…

Despite the many challenges of the 2019 growing season, the winning national yields from the contest averaged more than 383 bpa, according to an NCGA news release on the contest. That's a far cry from the average national corn yield, which has hovered around 170 bpa in recent years.

As genetics improve, this disparity serves as a rallying cry for the industry -- and his personal motivation, Hula said. "You keep pushing the envelope to see just what is the possibility here?" he explained. "What is the theoretical limit of the corn hybrids today? It's probably mind-boggling."

Only when that limit is known will farmers fully understand how much potential yield is left in the field each year, he added. "If that limit is say 800 or 900 bpa, and the country-wide average is only 170 bpa, we have a long way to go," he noted.

"Unlike the rest of the country, we did not have a weather disaster this year," he said of his region in eastern Virginia. "The springtime could not have been more ideal."

That was enormously influential, given that one of the most crucial requirements for high yield is emergence, he has learned. "When the planter leaves the field, so much yield has already been determined," he said.

Aided by plentiful rains and warmth, Hula's winning field was planted with Pioneer full of 52,000 plants per acre and came up uniformly and rapidly, he recalled. He then set about his usual rigorous routine of grid-sampling for soil nutrient levels and conducting weekly tissue samples. Even in his non-contest fields, Hula follows a similar protocol, starting with a yield goal, soil fertility analysis, routine sampling and precisely timed nutrient applications.

A lot of work goes into a 600-bushel field, but that last step has emerged as the most important in Hula's program, he said. Farming within the Chesapeake Bay region requires some of the strictest nutrient management rules in the country, and Hula isn't interested in wasting nutrients.

"We're not just dumping excess fertilizer," he said. "I am return-on-investment driven. I will give a corn crop a luxury feed, but only if it will respond. So we focus on when you can influence the crop the most."

For example, research and experimentation has shown Hula that there is a key window to influence ear girth right at the V4 growth stage, so that's when they'll tailor one fertilizer application.

Ultimately, Hula credits the network of driven, innovative farmers for pushing the industry and himself toward higher yield goals.

"As the companies give us better genetics and opportunities, we have to become better students of the crop, so we can better feed it and get the response," he said. "Having a network of growers and talking with innovators is so important."

See the NCGA press release on the contest here: https://www.ncga.com/…

Editor's Note: This article was originally posted on Dec. 16. It was reposted on Dec. 20 to add further clarification to the contest categories. 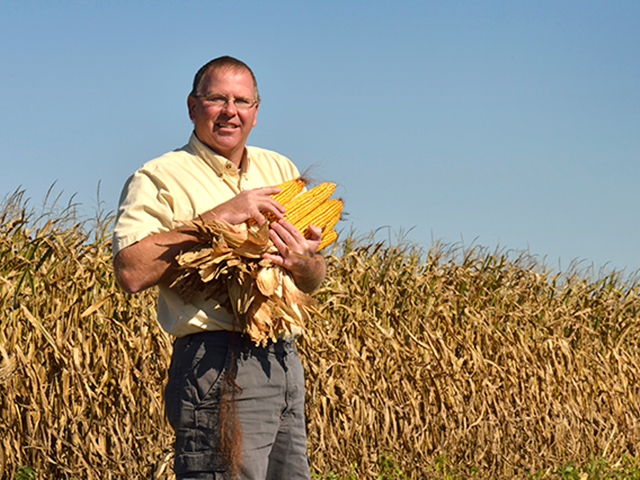