OMAHA (DTN) -- Though agriculture is experiencing pressures on a number of fronts, the head of the Farm Credit Administration told federal lawmakers on Tuesday the overall credit system remains in good shape.

Glen R. Smith, chairman and chief executive officer of the FCA, said during a hearing before the House Subcommittee on Commodity Exchanges, Energy and Credit that, despite all the challenges in the industry, most farms are holding their own.

Because the general economy in the United States is good, Smith said farm families are seeing the benefits.

"Although overall farm finances have declined in recent years, most farms remain financially strong," he said.

"A strong economy and labor market are helping support the incomes of these producers as well as larger producers. Many producers continue to find ways to cut costs and make the most of the marketing opportunities when prices rise temporarily. Still, the financial pressure can be significant for individual producers, particularly those who suffered yield losses in recent years."

One major concern for FCA is U.S. farmers have taken on an estimated $41 billion in additional farm debt since 2016. Adjusted for inflation, total farm debt is nearing the record set about 40 years ago.

"Income shortfalls have cut working capital and elevated borrowing needs," Smith said. "With cash flows tight, the number of producers finding it difficult to repay their loans is growing, albeit at a modest pace. Increasingly, producers are restructuring their debts to improve their cash flow."

Smith said FCA's entire loan portfolio, however, is seeing low levels of credit stress, although there are signs of weakness in the system.

Most financial stress is regionalized, he said, and is most prevalent in the dairy and grain segments. Of the 10 states with the highest levels of distressed loans, according to FCA, six are in the Midwest.

"Some farmers will continue to restructure their balance sheets to the extent they are able and/or make changes in their operations to reduce production costs," Smith told the subcommittee.

"Fortunately, both the Farm Credit System and the Farm Credit Administration are laser-focused on cash flow and loan repayment. This approach contrasts with 'collateral lending,' which contributed to the 1980s farm financial crisis. Lenders are also much more proactive with borrowers encountering difficulty, encouraging them to adjust their operations before it is too late. Importantly, in the most recent farmland price run-up, system institutions used lending caps and other practices to mitigate lending risks associated with higher land prices."

Farmland values are what have helped agriculture weather the storm, although some Midwestern states have seen land values fall off. For example, Nebraska has seen values fall 15% to 20% in recent years.

"While farmer interest and financial ability to purchase land have waned, the limited amount of land for sale, solid non-farmer demand, and low interest rates have contributed to the stability in land markets," Smith said.

Because farmland markets have remained stable, he said, borrowers have been able to restructure balance sheets with longer-term debt and free up working capital.

Still, Smith said FCA is concerned land values could decline if an increasing amount of land is put up for sale.

"System institutions have indicated that, as lenders, they will work with customers if they are willing and able to make changes to their operations to restore profitability. Fortunately, system institutions have the financial capacity to work with their customers. Other lenders may not have this capacity, or some borrowers may have already used up their opportunities to restructure their balance sheets. Either case creates concern if farm stress intensifies in the coming years."

The FCA has seen a small increase in loan delinquencies compared to 2018, Smith said.

"While credit risk in the system's portfolio has increased, the system's risk-bearing capacity remains strong," he said. "The system continues to have reliable access to the debt capital markets. Investor demand for all system debt products remains positive, allowing the system to continue to issue debt on a wide maturity spectrum at competitive rates. 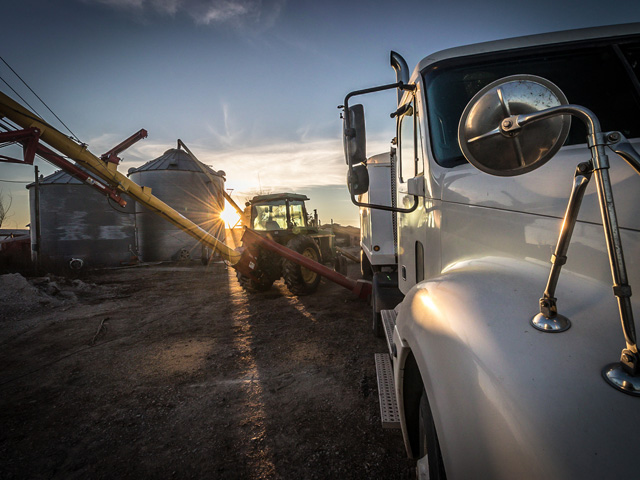