Scouts covering the north-central region of North Dakota saw the biggest potential in yield increase. Samples pulled in the region came in at an average 49.1 bpa, a nearly 60% increase over totals in that region last year. Parts of west-central North Dakota saw the biggest dip in calculated yield as compared with last year. Scouts measured an average yield of 31.5 bpa versus 47.0 bpa for 2018.

David Clough, a farmer from Harvey, North Dakota, said he didn't plant spring wheat until May 10. However, he is anticipating a yield of roughly 70 bpa. Most farmers attending the evening meeting with crop scouts said they also planted in that early May time slot.

"I thought maybe as we move north today we would see a little better yields, but we quickly got into some dryness around Minot," said Dave Green, executive vice president of the Wheat Quality Council and the wheat tour coordinator. "We saw on our route (purple route) an average of 34 bushels per acre, so I thought that was a little lower than [what] we would have been."

Green attributes the yield inconsistencies to timing of planting and lack of rainfall. Droughty conditions has resulted in shorter stalks and smaller heads.

Green noted that the wheat he saw Wednesday in the Minot area was probably the most advanced and closer to harvest than in other areas of the state viewed so far on this tour. Green anticipated that harvest could begin in three to four weeks in those more advanced areas.

Jeff Topp, a farmer from Grace City, North Dakota, restated this, "The agronomist said that, at the end of the week, I should desiccate the spring wheat. Harvest would be 14 days to 16 days out from there, and we have too much malt barley so we can't do that. We will have to let nature take its course," he said.

Farmers from the Harvey, North Dakota, area expressed that spring wheat harvest in their region will likely start around mid-August with durum wheat coming soon after.

Durum wheat production is expected to be down nearly 40% from last year as of the July 1 USDA data. "There is still plenty of uncertainty in the spring wheat and durum crops until harvested, especially in the areas where harvest will be late and also in the areas already suffering with disease, not to mention unplanted acres," added Kennedy.

While the tour dips into western Minnesota, the majority of the fields checked by the scouts are in North Dakota. Acres were so limited in South Dakota that the tour didn't travel there this year.

The tour finishes back in Fargo on Thursday. 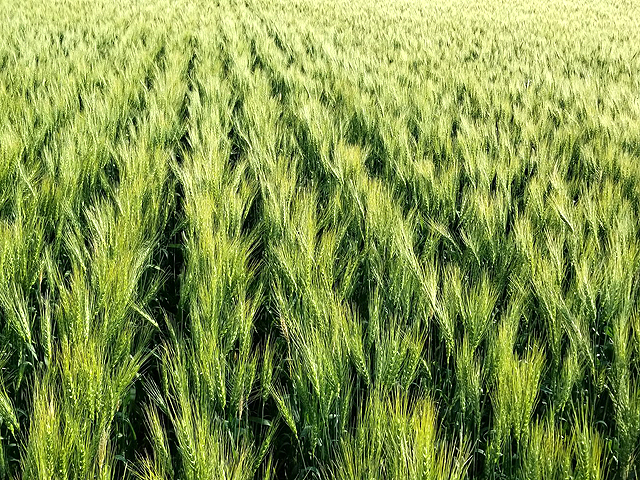