WASHINGTON(DTN) -- USDA will provide more information on the distribution of trade aid to farmers to compensate them for the loss of China markets by the end of the week, Agriculture Secretary Sonny Perdue told reporters Tuesday after a speech to Farm Credit executives visiting Washington.

Perdue said farmers who qualified for the Market Facilitation Program by filing crop data reports will get a minimum of $15 per acre. The aid will be distributed in three tranches, Perdue said.

The latest round of MFP payments was initially announced in May after talks between China and the U.S. collapsed. President Donald Trump tweeted at the time that farmers would not be hurt by China's continued retaliatory tariffs against U.S. products.

Earlier announcements about this next series of MFP payments is that the program will have a single county rate that will be multiplied by a farm's total planting of commodity crops in 2019. The total planted acres for a farm cannot exceed 2018 planted acres. Further, farmers who were unable to plant a commodity crop and filed a prevent-planting claim would still be eligible for a "minimal" payment if they planted cover crops on that ground.

USDA can establish the aid program without congressional involvement because it has authority to spend $30 billion per year to help farmers. However, Senate Agriculture Committee Ranking Member Debbie Stabenow, D-Mich., noted at a hearing this summer that USDA has already distributed so much in farm subsidies and trade aid that the department has less than $7 billion remaining in CCC budget authority for the fiscal year ending Sept. 30.

During his speech, Perdue told Farm Credit executives the situation in rural America is not as bad as some headlines would indicate. The Federal Reserve Bank of Minneapolis has said farm bankruptcies have risen 30%, but that is only from 79 to 103. Agricultural loan deficiencies are up but only slightly, Perdue said.

But a group called Tariffs Hurt the Heartland issued a "tweet fact sheet" that cited articles saying the trade war with China is costing pork producers $1 billion annually and dairy exports to China are off 43%. 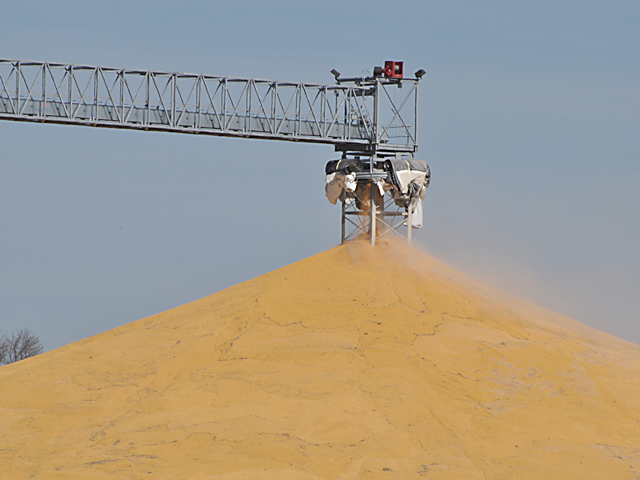