OMAHA (DTN) -- Courts can no longer automatically defer to federal agency interpretation of federal rules, but instead will be required to determine whether regulations are clear in the first place, the United States Supreme Court ruled last week.

For farmers like Arlen Foster in South Dakota the ruling could provide an avenue for successfully challenging regulations.

Foster has been battling a USDA wetland determination on a 0.8-acre tract of land since 2008. The tract was declared a wetland based on a USDA process Foster convinced the Supreme Court to review.

Foster told DTN on Monday he hopes the ruling will "rein in a lot of the ad hoc rule making."

Last week the Supreme Court issued a ruling in Kisor v. Wilkie, a case involving Vietnam War veteran James L. Kisor and a government denial of benefits. That case challenged an administrative law doctrine that gives broad powers to federal agencies in how they interpret regulations. The doctrine is known as "Auer deference."

The legal doctrine allows courts to defer to agency interpretations of regulations in legal challenges as long as they are not inconsistent with regulatory text. Interpretations of rules or laws such as the Clean Water Act are not subject to notice or the rulemaking process, making it difficult to challenge in court.

"The Kisor decision is an important one for landowners, farmers and ranchers, indeed anyone who is regulated by federal agencies," he said.

"It significantly limits the prior federal court practice of deferring to the way agencies interpret their regulations, for example, through manuals and guidance memos. That restores a large degree of the checks and balances that judges are supposed to play in cases where citizens are challenging agency actions or rules. Judicial deference means the government gets to put its rather large thumb on the scales of justice. Kisor pushes a lot of that thumb off the scales. This evens the playing field and restores a level of meaningful judicial oversight to bureaucrats and agencies."

The court's opinion released on June 26 talks about the need to limit the use of Auer deference.

"Auer deference is not the answer to every question of interpreting an agency's rules," the court said. "Far from it. As we explain in this section, the possibility of deference can arise only if a regulation is genuinely ambiguous. And when we use that term, we mean it -- genuinely ambiguous, even after a court has resorted to all the standard tools of interpretation.

"When it applies, Auer deference gives an agency significant leeway to say what its own rules mean. In so doing, the doctrine enables the agency to fill out the regulatory scheme Congress has placed under its supervision. But that phrase 'when it applies' is important -- because it often doesn't."

Francois said although the court didn't do away with the doctrine, it appears justices have their eyes on possible future challenges to it.

"It would have been a better outcome if the court had done away with Auer completely," he said.

"But, the majority opinion limits it in ways that should prevent the worst abuses, and the four justices who would have overturned Auer completely provide some optimism that if deference continues to be a problem even in the limited ways that Kisor allows it, they are prepared to revisit the issue."

Foster's case was cited in the Kisor petition as an example of why the court should hear the case. Foster appealed a decision by the Natural Resources Conservation Service to use a comparison site to make a wetland determination on his land.

He argued unsuccessfully in court that NRCS deprived him of his rights by deeming his land was similar to a known wetland 33 miles away.

In July 2008, Foster asked the NRCS to reconsider an earlier wetland delineation it performed, according to a petition he filed with the Supreme Court. Foster continued to challenge NRCS through a series of court cases eventually losing in an appeal to the U.S. Court of Appeals for the Eighth Circuit in St. Louis in April 2016.

Kisor sued the U.S. Department of Veteran Affairs for denying him 23 of the benefits for suffering from post-traumatic stress disorder although acknowledging his diagnosis, ruling his military combat records were not relevant to that diagnosis. The denial was based on a different interpretation of the word "relevant" in DVA regulations.

The American Farm Bureau Federation and the National Cattlemen's Beef Association filed briefs in favor of the court hearing the Kisor case. 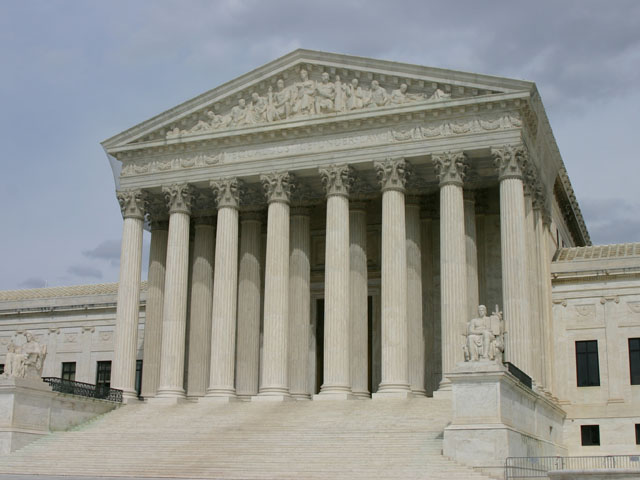