BEIJING, China (DTN) -- The impact of China's African swine fever outbreak has grown, as the disease arrived in one of the country's largest production areas while pork stockpiles are rapidly falling as well.

The Ministry of Agriculture and Rural Affairs (MOA) announced on Tuesday that an African swine fever (ASF) case was found in Bobai County in South China's Guangxi Province. It was just one hog infected within a small farm, but the location created immediate concerns for the industry. Another outbreak was reported last Saturday on a farm of 104 hogs in Yunnan Province, another southern China province.

Industry observers are now speculating whether this latest report out of Bobai County will be used as a policy to curb pork shipping out from Guangxi Province.

Bobai County is one of the largest hog-producing counties in China. The county typically has stocks of 500,000 sows and produces 6.2 million head of hogs annually. In the U.S., such production would rank Bobai County behind only Iowa, North Carolina and Minnesota for hog production.

Since at least April, there have been questions about a possible outbreak in Bobai County because of hog fatalities, but there was no official confirmation of the outbreak in the county. Hog farms started selling their hogs as early as possible to reduce their risk. Many hog farms have already emptied their barns at a lower price. Those hogs had been shipped to other regions of the country.

"The situation is getting worse in South China," said an industry expert who asked to remain anonymous. "Hog stocks in Guangdong and Guangxi provinces had left only less than half of the pig population."

Guangdong and Guangxi are two provinces in southern China and export pork to other regions, include Hong Kong and Macao.

The Ministry of Agriculture said its sow herd in China is 22% smaller than at the same time last year, but many in the industry say this number could be more than 30%.

ASF does not harm humans, though it is deadly to pigs and there is no vaccine or cure yet.

"Many companies and restaurants had stored frozen pork early this year when the price was low and also later on when farmers wanted to sell off pork as there was an outbreak of ASF. It is highly possible frozen pork in storage has been contaminated," said the expert.

Surprisingly, pork prices in Beijing and Shanghai were not creeping higher because companies were selling the stockpile before the mandatory ASF testing.

Tang Ke, head of the Market and Economy Information Department of MOA, said last month that the price of pork had already shot up in March and could rise by as much as 70% year on year to record levels in the second half of this year.

Industry is expecting a pork shortage in China in the second half of the year. Imports will be the only help to China to fill the market demand for pork. Currently, USDA shows 122,000 metric tons of pork sales to China this year, with 72,800 metric tons already shipped. Canadian pork exports to Chin rose in value over the first three months of the year with a significant increase in March in variety meats such as offal. China also recently approved Argentina as an exporter as well.

In the U.S., the pork industry and USDA officials have ramped up efforts to keep ASF out of the country. USDA officials testified earlier this month that biosecurity and import controls have been increased, though they acknowledged ASF would be a difficult disease to control once it arrives in the country. The economic impact, especially from lost exports, would be devastating to the industry. USDA officials also indicated ASF is a difficult disease to find a vaccine for or decontaminate a farm once an outbreak occurs.

Over the past few weeks, ASF has spread in Asia with Vietnam reporting more than 2,500 outbreaks and 1.55 million diseased animals since early May, according to the latest report from the World Organization for Animal Health, known by its French acronym OIE.

African swine fever has become a greater focus for the OIE. The group announced just Tuesday that it was launching a global initiative with the United Nations Food and Agriculture Organization to curb the spread of ASF. The OIE called on countries that are both infected and free of the disease to tighten biosecurity and traceability controls, as well as manage wild populations of hogs.

"Because of its complex epidemiology, it isn't possible to control ASF without a coordinated response from the different sectors involved," the OIE stated. (http://oiegeneralsession.com/…) 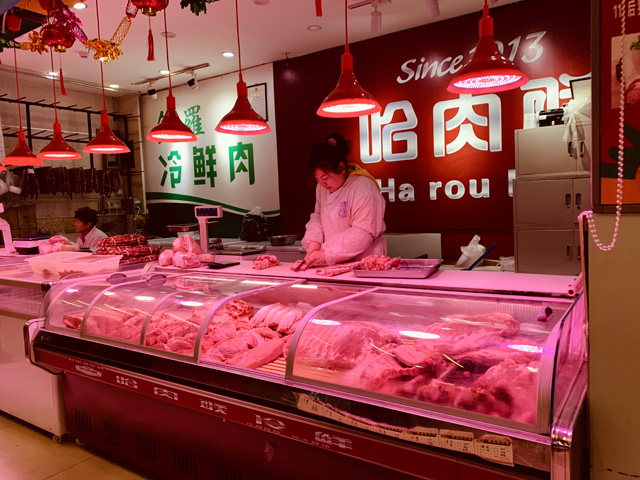