According to court documents filed on Monday in Montana, R-CALF asked the court to enjoin the federal checkoff program from authorizing private state beef councils the use of a beef checkoff tax to fund "private speech without the payers' affirmative consent."

The Montana court already has held that the action likely violated the First Amendment to the U.S. Constitution, as the court previously granted a preliminary injunction against the Montana Beef Council for using the money without consent.

R-CALF now seeks a declaratory judgment and permanent injunction that applies to the state councils identified in the lawsuit.

"The federal commodity 'checkoff' programs impose a targeted tax on producers of goods, including cattle, to fund 'a coordinated program of promotion and research designed to strengthen their' industry," R-CALF said in its motion. "The Supreme Court held 'the compelled funding' mandated by these programs is 'not permitted under the First Amendment.'

"The only reason the Beef Checkoff has survived is the Supreme Court held two of the entities that use the funds, the 'Beef Board' and 'Beef Committee,' are 'effectively controlled by the Federal Government,' thus they generate 'government speech,' and 'government speech' is exempt from First Amendment scrutiny."

R-CALF said in its motion the councils' use of checkoff funds supports private and not government speech.

"Under Supreme Court precedent, if the checkoff subsidizes private speech, it violates the First Amendment," the motion said. "Therefore, the court should enjoin the councils from using the money unless they first obtain affirmative consent, with the default being the money goes to the Beef Board and Committee to use for 'government speech.'"

Back in November 2018, the court granted R-CALF's motion to expand an ongoing lawsuit to at least 13 states.

"The beef checkoff is eliminating opportunities for U.S. cattle producers to remain profitable by promoting foreign beef as if it were equal to domestic beef and by supporting corporate efforts to consolidate and control our industry," he said. "Our members said enough is enough and our plan is to put producers back in control of the checkoff, which our lawsuit helps accomplish." 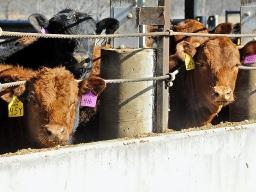