OMAHA (DTN) -- California regulators are moving to cancel chlorpyrifos registrations in the latest of a series of moves targeting a key insecticide used by farmers.

The California Environmental Protection Agency announced in a news release Wednesday its decision came following a state scientific review panel's findings that the pesticide causes "serious health effects in children and other sensitive populations at lower levels of exposure than previously understood."

"California's action to cancel the registration of chlorpyrifos is needed to prevent the significant harm this pesticide causes children, farm workers and vulnerable communities," CalEPA Secretary Jared Blumenfeld said in a press statement. "This action also represents a historic opportunity for California to develop a new framework for alternative pest management practices."

On a national level, the U.S. EPA has until July 18 to address objections to its 2007 decision to reject a petition asking the agency to ban chlorpyrifos as a result of an order issued by the U.S. Court of Appeals for the Ninth Circuit in San Francisco.

The California Department of Pesticide Regulation is required to develop control measures to protect human health.

The state said in a news release Wednesday it plans to convene a working group to identify alternatives to chlorpyrifos.

Corteva said in a statement to DTN it will continue to evaluate the situation in California.

"We are disappointed in this proposal that would remove an important tool for farmers and undermines the highly effective system for regulating pesticides that has been in place at the federal level and in the state of California for decades," the company said.

"Chlorpyrifos is one of the most widely studied crop protection products in the world and is currently registered in roughly 100 countries, including the U.S., all major U.S. trading partners and in the EU. This proposal disregards a robust database of more than 4,000 studies and reports examining the product in terms of health, safety and the environment. A predictable and transparent regulatory review process based on sound science is not only critical for maintaining grower access to existing tools, but is also a requirement for the kind of continued innovation that California's regulators are encouraging."

On July 30, 2018, the California Department of Pesticide Regulation released a scientific assessment that concluded chlorpyrifos should be listed as a toxic air contaminant in the state based on evidence of its neurological effects and exposure risks. 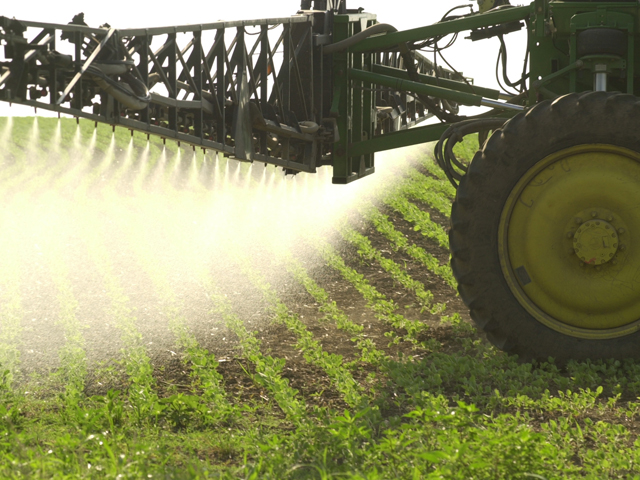