The avocado market suddenly surged and continues to thrive.

In the food business, consumer preferences and demand can change at the speed of light in the internet age.

Responding to sudden changes in consumer demand is something farmers -- by the nature of the business -- find difficult to do.

"Dad always said you have to adapt to survive," Rhea told an audience at the Food and Ag at the Intersection symposium in Omaha, Nebraska, on Thursday.

"The main lesson is, as farmers we have to adapt. Going to organics is completely changing everything I've ever done. We've got to dramatically rethink risks if we want farmers to dramatically change production systems."

The growing development of a cell- and plant-based meat industry is attempting to respond to market demands from millennials. Many millennials want food produced with certain attributes -- environmentally friendly, made with animal welfare in mind, and so on.

Jarrod Sutton, vice president of domestic marketing for the National Pork Board, said the milk industry's 14% loss of sales to alternatives such as almond milk, is a reason the pork industry should take notice of the alternative meat industry.

"The lesson for us is to be aware and understand how consumer trends are changing," Sutton said. "There's going to be jabbing back and forth. It is the new reality. Meatless Monday is a thing. We have to stay in the dialogue and make sure the facts are presented."

Sutton said the cell-based and plant-based protein markets are "about saving the earth."

"They're pouring a lot of money into this," he said. "It's Silicon Valley. It's about failing slow."

Jayson Lusk, distinguished professor and head of the ag economics department at Purdue University, said although news stories don't feature a lot of good news for the meat industry, there continues to be rising demand for animal proteins.

His research shows beef demand is highest among conservative Republicans, but as education levels grow the divergence increases.

In addition, he said when consumers have the same price points for real beef and beef alternatives, demand for beef doesn't really change.

"Even if real beef is more expensive, demand for real meat stays over time," Lusk said.

Bruce Friedrich, executive director of theGood Food Institute, said plant-based and cell-based meats have a $3.7 billion market. Currently there are more than 25 companies operating in the space.

Friedrich told DTN in an interview the market provides some opportunity for traditional row-crop and livestock farmers.

"And slaughterhouse jobs are not exactly coveted. This is a net advantage for those sorts of folks. It should be a net advantage for people who are farming crops, because it will allow them to get higher prices for other legumes, primarily. Pea protein, chickpea protein and lupine are being turned into plant-based meat. So you end up with a situation where you can go to more crop rotation, less mono-cropping, basically turning back the clock. The plant-based stuff should end up with a lot of opportunities for farmers."

More traditional food companies are launching plant-based segments in their businesses in an attempt to respond to the market quickly.

On Thursday, Beyond Meat launched its initial public offering, raising about $240 million in selling 9.6 million shares at $25 each. The company is valued at about $1.5 billion. The plant-based burgers and sausages company based in El Segundo, California, faces competition from the likes of Tyson and Burger King.

Earlier this week Burger King announced plans to launch the plant-based "Impossible Whopper." In addition, Tyson was an original investor in Beyond Meat, but sold its shares to launch its own business.

Friedrich said the question remains about how fast Beyond Meat can scale up production. It could take five to 10 years, he said.

Cell-based meat companies are working feverishly to scale up the technology. That involves using a cell from a single animal and essentially immortalizing the animal through growing meat in a laboratory at a rate far faster than livestock producers who raise animals.

"So that one cell can lead to the production of millions and millions of pounds of meat," Friedrich told DTN.

"For farmers who are treating animals well, and for farmers who are focused on regenerative agriculture, our hunch is that you'll see more of a market for that. The market for that is pretty small at the moment. There are significant opportunities for farming. It's the nature of any changing economy. Families are changing how they feed their families, it is a market that is growing more and more and more. It will be extremely lucrative, and should be something farmers should be looking at."

Steve Lerch, founder of Story Arc Consulting, said the food system is moving toward a benefits-driven system, because consumers have more information at their fingertips.

Food companies and farmers face a challenge to keep up with changing consumer preferences.

For instance, Lerch said consumer are beginning to lose interest in the GMO debate, while companies began responding five years ago by moving toward offering GMO-free products.

"There are quick, simple things [you] can do to catch waves," he said.

"Companies don't have to create waves. There is value in telling consumers something. If Burger King today created a message that there is no rubber in our hamburgers, they get benefits from this. Some people may then begin to think, 'Does McDonalds put rubber in its hamburgers?'" 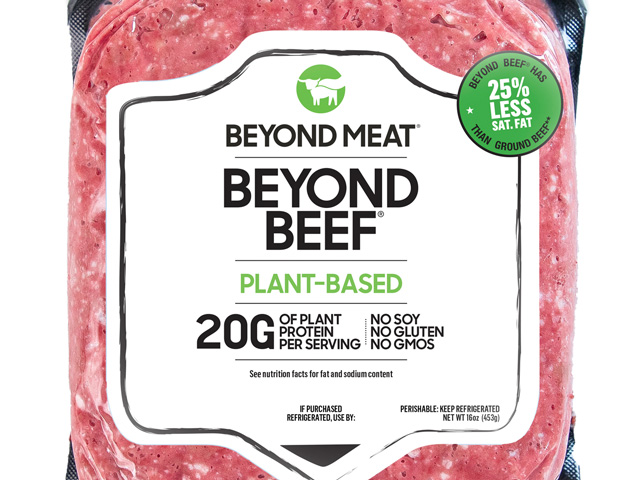