OMAHA (DTN) -- The 60-day public comment period for the newly proposed waters of the United States, or WOTUS, rule launched Thursday with the EPA and U.S. Army Corps of Engineers publishing the rule in the Federal Register.

The new rule moves forward while the 2015 rule under the Obama administration remains in legal limbo and essentially in effect in 22 states.

EPA and the Army Corps are on track to finalize the new rule by September, which is likely to trigger a new round of legal challenges.

The publication of the new rule already has drawn praise and outrage from a number of interest groups. The public comment period closes April 15.

"Today's release of a new draft Clean Water Rule is a major step toward fair and understandable water regulation on America's farms and ranches and other working lands," Duvall said. "We haven't yet examined every word of today's proposal, but even a quick look shows many of the previous rule's worst problems are on their way out."

Agriculture and other industry groups raised concerns that the 2015 rule expanded federal jurisdiction of water and land, leading to a series of lawsuits.

Waters Advocacy Coalition, a lobbying coalition championing the new WOTUS rule, said the process in creating the new rule has been transparent.

"Over the past two years, the EPA and Army Corps have engaged with state, tribal, and local officials as well as affected stakeholders to propose a new clean water rule," spokesman Arjun Mody said in a statement. "This proposed new clean water rule provides clarity on the scope of federal authority under the Clean Water Act and recognizes the primary responsibilities of states and tribes to manage their land and water resources."

In a news release, the Waterkeeper Alliance calls the proposed rule a "treacherous strategy" to eliminate Clean Water Act protections.

"The Trump administration's proposal to eviscerate the Clean Water Act is a gift to polluters and an attack on the civil right of American citizens and our children to live in a safe nation free from exposure to dangerous toxins," Waterkeeper Alliance President Robert F. Kennedy Jr. said in a statement. "History and science have proven that we cannot control pollution or protect our waterways without broad federal protections, and it is imperative for citizens to be able to hold polluters accountable for their misdeeds."

The National Wildlife Federation urged the EPA to rethink its proposed rule, in a news release.

NWF President and Chief Executive Officer Collin O'Mara said the rule represents the "most significant attempt to remove protections" to streams and wetlands.

"At a time when communities across the country are facing drinking water and flooding crises exacerbated by climate change, we call upon the EPA to rescind this misguided proposal that would make it easier to damage our streams and wetlands, destroy fish and wildlife habitat, threaten our communities with increased flooding, and pollute our drinking water," O'Mara stated. 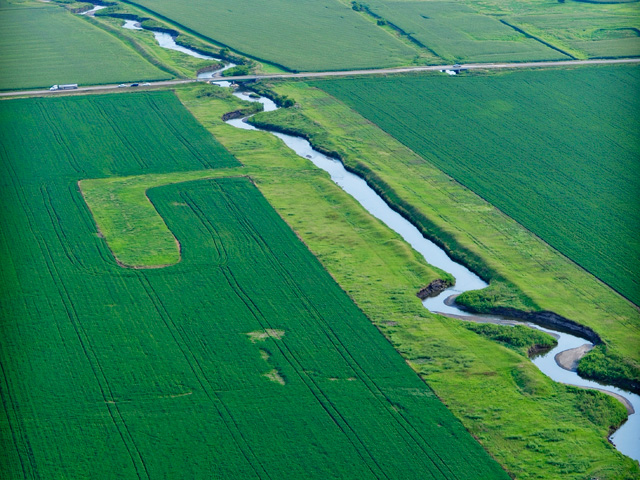