He and his wife, Kathy, joined her employer's insurance for a year, but it was more expensive.

"We were looking for better options," Uhrmacher said.

At a 2018 farm show, they met an insurance agent selling Lifestyle Health Plans, which offered insurance plans for businesses with a minimum of two employees. The premiums were more affordable if you qualified through the health underwriting process.

"It's kind of like the old-school health insurance," he said. Premiums are adjusted based on pre-existing conditions.

He also compared two other brand-new options offered by the Nebraska Farm Bureau and his local co-op, Cooperative Producers Inc., which is a part of the Land O'Lakes cooperative system.

Uhrmacher and his wife decided to go through Lifestyle's underwriting process when Farmers Business Network launched its plan, which is done in a partnership with Lifestyle.

In all, Uhrmacher's premium came in at about $900 a month, compared to the quotes of about $1,650 if he'd gone with insurance from CPI, Farm Bureau or his wife's employer. The $750-per-month savings goes a long way.

Uhrmacher said he's glad he had a number of options to choose from in 2019 without having to go to Nebraska's Affordable Care Act exchange. He doesn't know what an exchange plan would have cost, but from what he's heard from neighbors, it's expensive if you don't qualify for a subsidy.

"Holy cow. I don't know how you can afford that stuff," he said.

Nebraska is often seen as the poster child for the Affordable Care Act's failings. Blue Cross Blue Shield left Nebraska's exchange at the end of 2016. Aetna exited at the end of 2017, leaving Medica as the state's only carrier.

As insurers left, rates jumped. The average premium increased 35% in 2017 and 31% in 2018, according to healthinsurance.org, a consumer education non-profit previously known as the Health Insurance Resource Center. Premiums only grew by 2% for the most recent enrollment period, which ended Dec. 15. (https://www.healthinsurance.org/…)

In late 2017, Congress voted to repeal the Affordable Care Act's individual mandate, leading to a legal challenge that once again calls the law's constitutionality into question.

At the same time, the Trump administration and several states loosened the rules around association health plans, opening up new options for small businesses like farmers. Iowa and Minnesota have changed their laws regulating association plans in recent years, and Tennessee has allowed them for farmers since 1993.

Kev Coleman, a consumer advocate and president of www.AssociationHealthPlans.com, said farmers and rural Americans often bear the brunt of the ACA's shortcomings. In many rural counties, the exchange only offers one carrier or the networks included in ACA plans are so narrow they aren't practical.

"It's probably also one of the reasons why we've seen the agricultural industry be very interested in association health plans," he told DTN.

Association health plans, also referred to as AHPs, allow people or organizations that share a regional or professional tie to band together to buy health insurance under the same rules as large companies. By pooling together, association plans increase in scale and negotiating power, earning greater discounts from medical providers.

AHPs can also be self-funded, which means the group holds the risk of future medical claims instead of transferring those risks to a third-party insurance company.

All of these factors allow association plans to offer lower premiums than what can be found on the individual market.

For the most part, new association plans offer fairly comprehensive benefits, Coleman said. But since they're regulated under the federal ERISA law, not all are required to be ACA compliant. That means some may not cover all of the 10 essential health benefits included in plans on state exchanges. However, pre-existing conditions are covered within their benefits. Additionally, health factors cannot be used to determine insurance eligibility or to raise premiums.

If 2018 enrollments are any indicator, association plans will be a popular choice with farmers.

Rob Robertson, chief administrator of the Nebraska Farm Bureau, said more than 700 people signed up for its plan during the October-to-December enrollment period. NEFB's partner on the plan, Medica, is also the only carrier on the state exchange. NEFB offers six plan options with varying deductibles and networks, but the cost, on average, is about 25% less than plans on the exchange.

"Not a day went by without hearing a story of somebody signing up and saving three, five, eight, 10 thousand dollars on their policy," he said. "That's big money."

Nebraska's plan is ACA-compliant, and the premiums only change based on age and geographical location, but there are a few eligibility components. First, you have to have been a Nebraska Farm Bureau member for about six months before you qualify for insurance. To be eligible in the 2020 calendar year, you must be a member by July 1, 2019.

"Essentially, we wanted a six-month waiting period. We didn't want the next hundred Farm Bureau members to be members all needing knee replacements," Robertson said.

The second requirement for eligibility is that 50% of an applicant's gross income must come from production agriculture. That applies to farmers and ranchers, but also to agribusinesses with 50 employees or less.

Robertson said he expects enrollment numbers to go up in future years as more people have time to compare and consider their options. As the plan becomes more established, enrollment grows and the group's risk becomes more stable, he thinks Medica will "be able to knock those prices of premiums down even farther."

Iowa Farm Bureau also offered an association health plan this year, but unlike Nebraska, it's not ACA-compliant. IAFB representatives didn't return emails or phone calls from DTN requesting more information. You can find more information on its website: https://www.iowafbhealthplan.com/…

"Then we were hearing from a lot of our other co-ops and other states that they needed it," said Land O'Lakes senior director of benefits Pam Grove. "We want to be there to help the ones that do need a different option."

For 2019, Land O'Lakes is using the new AHP regulations for its plans, which also helped it become the first to offer plans across state lines. It chose to expand into Nebraska because it had a large enough base of cooperatives and there was only one carrier on the individual exchange.

It also expanded to cover its farmer-members' employees, which helps farmers attract and keep talent, especially at businesses like dairy farms.

Like Nebraska Farm Bureau's plan, it's ACA compliant and the only factors that influence premiums are age and location. For instance, it may charge a higher premium to farmers who are in the Mayo Clinic Care Network. On average, premiums are 25% to 35% less costly than comparable plans on the individual exchange and have lower out-of-pockets costs, Grove said.

You also have to be a member of a Land O'Lakes-affiliated cooperative to be eligible.

One thing Land O'Lakes does that's different from other organizations offering association plans is its partner, Gravie, also checks to see if applicants are Medicare-eligible or qualify for a subsidy on the individual exchange, which could result in the applicant finding a more affordable insurance option.

"We found a few people that were eligible for the subsidy and were very thankful that we gave them both options," Grove said.

Land O'Lakes wasn't able to announce its expansion into Nebraska until mid-November, and despite the late entrance into the market, more than 1,000 people enrolled. Minnesota enrollment more than doubled to nearly 1,200 people.

Now, the cooperative is going to look at where to expand to next. Grove said they've got an idea of states where they believe there's a need and they have a strong footprint of cooperatives.

"The problem is that not all states are association health plan friendly," she said. "So we're still having to go in and meet their guidelines, and in some states, it's just not possible."

By partnering with Lifestyle Health to offer a level-funded plan, it is better able to serve its national member base -- it offers coverage in 40 states with more to come -- and leverage that network to provide better solutions to farmers, something it couldn't do through other options.

A level-funded plan means each policy is individually underwritten. Then those policies are pooled together and reinsured. Strom said it feels like a policy you'd be offered if you work for a large company.

"We, as a network representing more than 7,600 farms, we're able to negotiate better rates by using strength in numbers, tailor it more to farmers, and quite honestly, the real key here is we can create a support structure," he said.

In one example, Strom spoke with a farmer in Oklahoma. Most of the plans available required him to see doctors and use hospitals within the state, but he actually lives closer to Amarillo, Texas. FBN is working with Lifestyle to address that issue.

Eligibility for FBN's plan is more complicated because it's medically underwritten, which means premiums will be higher for people with certain pre-existing conditions, and some people may not qualify. Those who do qualify often save significantly over other policies.

Farms also have to have at least two employees from a tax standpoint, meaning they receive W-2s.

Strom said anyone can call to get a quote, even if they're not an FBN member. "If a non-member in Nebraska goes through the quoting process and finds out they can save $5,000 to $10,000 this year, but it costs $700 to become an FBN member, it's kind of a no-brainer" to sign up for a membership, Strom said.

"I always say, healthcare is complex and there is no silver bullet" that works for everyone, Strom said.

Grove, Robertson and Strom agree that every farm and financial situation is different and it's important to shop around to find the best insurance fit. While that's what the ACA exchanges were intended to provide, they haven't worked that way for many rural Americans.

Uhrmacher, the Nebraska farmer that found significant savings this year, said he's grateful to have options outside of the exchanges, but that's just the start.

"I hope that, nationally, they can try and solve some of the issues with overpricing and stuff like that. It's not just an insurance problem, it's a whole industry problem," he said. "I don't have the answers, but something needs to be done. If it was easy, it would have been done." 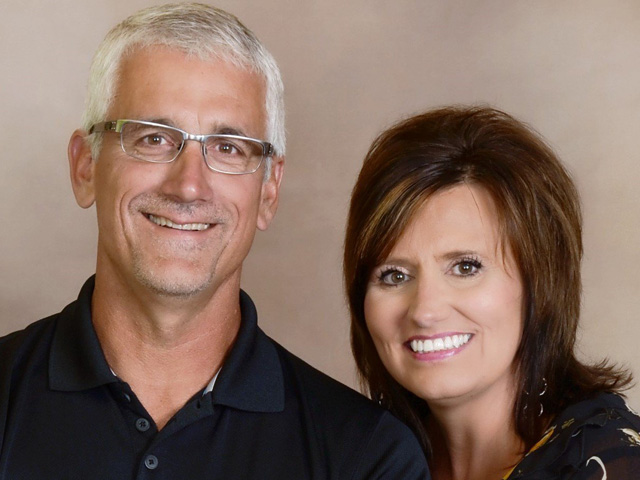