OMAHA (DTN) -- Each year, DTN publishes our choices for the top 10 ag news stories of the year, as selected by DTN analysts, editors and reporters. On Dec. 24, we looked at some of the runners up for this year. Wednesday we begin the countdown with No. 10 being ethanol's struggles with EPA waivers and low prices, No. 9 being new options emerging as health insurance premium costs rose, and No. 8 being the continuing dicamba drama as there were new regulations but still more off-target dicamba damage.

The agency announced in a proposed Renewable Fuel Standard rule in the middle of the year that it handed out 48 small-refinery waivers totaling 2.25 billion gallons of biofuels not blended in gasoline and diesel in 2016 and 2017.

The loss of billions of gallons blended was compounded with a historic drop in the price of ethanol in 2018. Just how many biofuel gallons were not blended in gasoline as a result of waivers remains a point of contention.

As a result, ethanol producers have seen profit margins deteriorate dramatically, have scaled back production, and some plants have either idled or closed.

Refining interests stepped up waiver requests based on claims of economic harm from compliance costs with the RFS. In recent years, refining companies have reported financial difficulties, blaming the price of renewable identification numbers, or RINs. EPA waivers granted in 2016 and 2017 added more RINs to the market, leading to significant price drops for the biofuels credits. As a result, RIN prices have hit a six-year low.

RINs can be bought and sold to help RFS-obligated parties such as refiners to comply with the law.

Biofuels and agriculture interest groups took legal action, challenging the agency's actions on waivers. After Pruitt's resignation, there were hopes new Acting Administrator Andrew Wheeler's EPA would dial back on granting waivers. By the end of 2018, the agency had received additional waiver requests, but did not issue a single approval.

Reports surfaced that some of the largest, most-profitable refining companies in the world received small-refinery waivers despite reporting billions of dollars in profits. This was the case as farmers continue to face low commodity prices and continued losses in net-farm income.

DTN's No. 9 top ag news story of 2018 was higher health insurance rates leading to a proliferation of new options aimed at helping farmers by offering cheaper premiums, but with potential trade-offs.

MOUNT JULIET, Tenn. (DTN) -- As farmers' finances come under increasing strain from persistently low commodity prices, health insurance premiums seem like they keep going up. It's not uncommon to hear stories of farm families paying upward of $25,000 a year for their family's coverage, and it's one of the primary reasons why spouses seek off-farm employment.

The Affordable Care Act (ACA), also known as Obamacare, struggled to function as promised in many rural areas, often with only one insurer covering a wide swath of the countryside. The lack of competition meant higher rates.

And while Congress took steps to dismantle the ACA by eliminating the financial penalty for foregoing coverage, the Trump administration finalized new guidelines for Association Health Plans (AHPs) that allow businesses that share a region or profession to band together to offer new policies. Several states also loosened their rules around association health plans in recent years.

The result is the proliferation of new options aimed at helping farmers by offering premiums that are up to 25% less expensive than what they can find on ACA exchanges. Nebraska and Iowa Farm Bureaus are offering association health plans, and Land O'Lakes has several options available. AHPs have been available to Tennessee farmers since 1993.

In general, these plans offer lower premiums, but come with potential trade-offs. AHPs are regulated by state laws. Some states require these plans to be ACA compliant, but others don't.

Plans often determine premiums based on age, gender and where people live. A USDA study suggested that up to two-thirds of farmers have a pre-existing condition, and that could make their premiums more expensive. Association health plans might not cover everything people might expect, like prescription drug coverage. The number of providers that are considered to be in-network could be small. And while some plans cover a portion of out-of-network health costs, others don't.

Ultimately, it's up to the people purchasing the policies to make sure the plans provide coverage that meets their needs.

The number and availability of association health plans is expected to rise in 2019 as organizations become more familiar with the rules. And by 2020, the Labor Department expects at least 11 million Americans will get their health insurance from AHPs.

DTN's No. 8 top ag news story of 2018 was new regulations about dicamba being introduced, but there were still more reports of off-target dicamba injury.

ROCKVILLE, Md. (DTN) -- Applicators headed into their second year of legal dicamba spraying this spring with new federal labels, a web of additional state restrictions to follow and a growing number of herbicide-resistant weeds to control.

By industry estimates, farmers planted up to 40 million acres of Xtend soybeans and cotton in 2018, so more crop acreage was protected from dicamba injury than in past years. Engenia, XtendiMax and FeXapan are now restricted-use pesticides, and EPA's 2018 labels added new spray rules, dicamba-specific training requirements and a line-up of approved tank mix components and spray tips.

Nonetheless, by June, reports of off-target dicamba injury were surfacing once again. By July 15, before many states stopped responding to his calls for information, University of Missouri weed scientist Kevin Bradley fielded reports of 1.1 million acres of injured soybeans, and 605 official dicamba injury complaints among Midwest and Southern states. Injury complaints were especially high in Missouri, Illinois, Indiana and Arkansas where, despite an in-season ban on dicamba, the state fielded roughly 200 complaints in 2018.

This year, reports of crinkled soybean leaves were not the only thing catching peoples' eyes. "Roughly 60% of Tennessee's complaints were not farmers," recalled University of Tennessee weed scientist Larry Steckel. "It was tree nursery folks, tobacco fields and other specialty crops -- and people's yards." Other state weed scientists, growers and rural residents echoed his concerns, as dicamba injury symptoms increasingly spread beyond row-crop farms into public view and pitted farmers and neighbors against one another.

State regulators, fertilizer and chemical retailers, and even two major seed companies reached out to EPA, asking for stricter restrictions on the use of dicamba herbicides, which were set to expire in November and December. Overwhelmed by the avalanche of data and comments that continued to stream into the agency into October, EPA blew past its self-imposed August deadline for a regulatory decision on dicamba. Finally, on Halloween, without consulting state regulators, the agency released a decision to re-register the three herbicides for two more years, with some additional restrictions on the label. (See them here: https://www.epa.gov/…)

The complicated new labels and ongoing academic research on dicamba volatility have raised new questions for applicators -- as well as state regulators, many of whom are still reviewing dicamba injury cases from 2017 and 2018. Farmers, applicators and regulators have only a few months to prepare for the 2019 spraying season, when growers are expected to plant 60 million acres of Xtend soybeans and cotton. 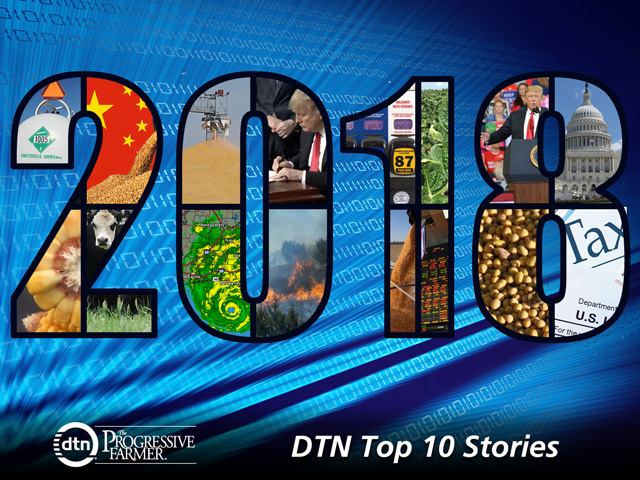