The cash cattle trade will be typically quiet through Tuesday with bids and asking prices poorly defined. Carcass weights should be ready to trend seasonal lower, and the early arrival of winter in recent days may represent the starting flag in that regard. Live and feeder contracts should open on a mixed basis tied to a combination of residual selling interest and short-covering.

Look for the cash hog market to open with near steady bids. Last week's slaughter fell a bit short of 2.6 million head, probably thanks in part to adverse winter weather and the inability of some Saturday kills to be as big as they might have been. Yet we still expect that nut to be cracked before the end of 2018. Lean futures seem set to start out on both sides of unchanged as traders weight late-year fundamentals and new global trade potential.

CATTLE: (USMEF) -- At the G-20 summit in Buenos Aires, Argentina, the U.S.-Mexico-Canada Agreement (USMCA) was signed and the White House announced that the U.S. and China will enter negotiations on several key trade issues, including agricultural trade.

USMEF supports the Trump administration's efforts to finalize the USMCA and to continue seeking resolution of the metal tariffs dispute with Mexico and Canada, which resulted in retaliatory duties on U.S. pork and beef. U.S. meat exports have also become entangled in trade disputes with China, so it is encouraging to see the U.S. and China return to the negotiating table. Global demand for U.S. red meat is very strong, but exports cannot reach their full potential until the retaliatory duties imposed by Mexico, China and Canada are removed.

HOGS: (NPPC) -- The National Pork Producers Council (NPPC) has called for an end to a trade dispute that has cost U.S. pork producers an estimated $1.5 billion this year, according to Iowa State University Economist Dermot Hayes.

"We are very pleased with the new trade agreement with Mexico and Canada, one that preserves zero-tariff pork trade in North America for the long term," said NPPC President Jim Heimerl, a pork producer from Johnstown, Ohio. "But, it's imperative that we remove U.S. tariffs on Mexican metal imports so that retaliatory tariffs of 20 percent against U.S. pork are lifted."

Dr. Hayes estimates that live hog values this year have been reduced by $12 per animal due to retaliatory tariffs imposed by Mexico against U.S. pork in June. The loss estimate of $1.5 billion is based on an expected total harvest of 125 million hogs in 2018. These tariffs, along with China's retaliatory tariffs, have turned what promised to be a profitable year into a year of losses for export-dependent U.S. pork producers. Dr. Hayes estimates U.S. pork producer losses of $ 1 billion, or $8 per animal, from the ongoing trade dispute with China.

NPPC is the global voice for the U.S. pork industry, protecting the livelihoods of America's 60,000 pork producers, who abide by ethical principles in caring for their animals, in protecting the environment and public health and in providing safe, wholesome, nutritious pork products to consumers worldwide. 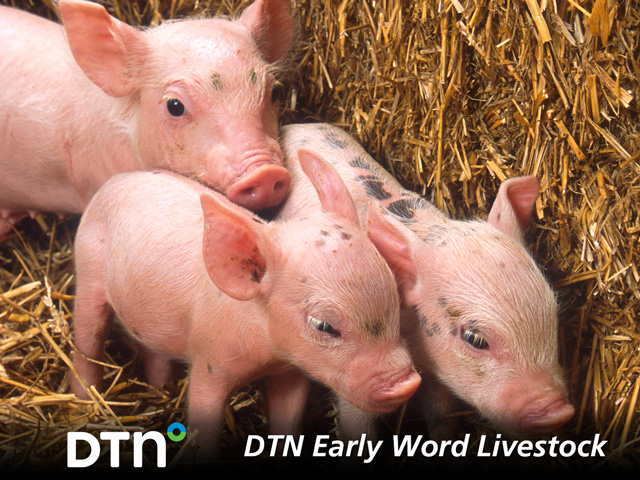