DECATUR, Ill. (DTN) -- The U.S. Environmental Protection agency has announced it has extended the registration for dicamba herbicides for over-the-top use in Roundup Ready Xtend crops for an additional two years.

At the same time, the agency also handed down more label requirements for using XtendiMax, FeXapan and Engenia herbicides in dicamba-tolerant cotton and soybeans.

In a news release, EPA stated that the action considered input and collaboration between EPA state regulators, farmers, academic researchers, pesticide manufacturers and other stakeholders.

"EPA understands that dicamba is a valuable pest control tool for America's farmers," said EPA Acting Administrator Andrew Wheeler. "By extending the registration for another two years with important new label updates that place additional restrictions on the product, we are providing certainty to all stakeholders for the upcoming growing season."

Those new dicamba registration decisions for 2019-2020 include:

-- Applications will be allowed only from 1 hour after sunrise to 2 hours before sunset.

-- Clarify training period for 2019 and beyond, ensuring consistency across all three products.

-- Enhanced label to improve applicator awareness on the impact of low pH's on the potential volatility of dicamba.

-- Label clean up and consistency to improve compliance and enforceability.

EPA initially put a two-year time limit on the registration of the new, lower-volatility dicamba formulations when they were registered in 2016. Those labels were due to begin expiring in November.

In news releases at the original time of registration, EPA stated the two-year conditional registrations would allow the agency to: "... either let it expire or to easily make the necessary changes in the registration if there are problems with resistant weeds or pesticide drift." At that time the agency also stated: "Nevertheless, herbicide resistance is adequately addressed by the terms of the registration, and the Agency does not expect off-site incidents to occur."

But off-target movement did occur. In October 2017, the EPA announced it had reached an agreement with Monsanto, BASF and DuPont on measures to further minimize the potential for drift to damage neighboring crops from the use of dicamba formulations used to control weeds in genetically modified cotton and soybeans."

Still, the 2018 season brought another round of drift complaints from soybeans growers, specialty growers and homeowners. It also brought a groundswell of support from farmers who want continued use of the technology to fight costly and difficult to control weeds.

Questions remain as to what steps individual states might take to strengthen the labels beyond the federal regulations.

In Wednesday's release, EPA further stated that it had "reviewed substantial amounts of new information and concluded that the continued registration of these dicamba products meets FIFRA's registration standards. The Agency has also determined that extending these registrations with the new safety measures will not affect endangered species." 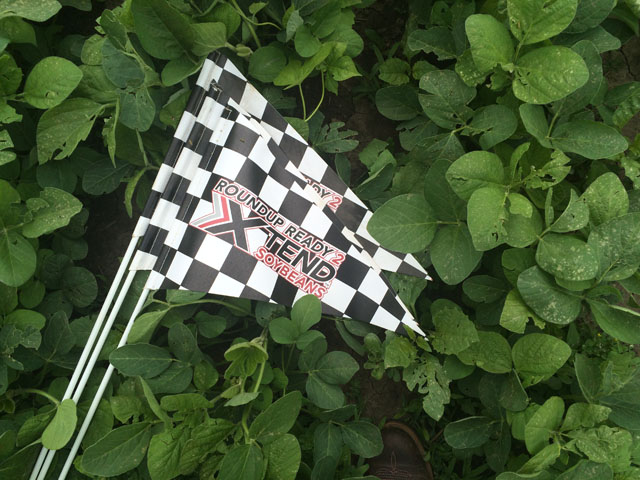