OMAHA (DTN) -- High nitrate levels in drinking water is largely a rural problem that is expensive to fix, and in order to help alleviate the problem, farms should be required to implement targeted conservation practices to reduce nutrients runoff, according to a new analysis by the Environmental Working Group.

The Environmental Working Group has been a vocal critical of voluntary conservation programs as a way to cut nutrients runoff.

The group conducted a data analysis on water treatment facilities across the country and found that nearly 1,700 communities reported nitrate levels that the National Cancer Institute said could be a cancer risk.

The Safe Drinking Water Act places the legal limit for nitrate in drinking water at 10 parts per million. National Cancer Institute studies have found nitrate at 5 ppm can increase the risk of a variety of cancers.

Of the communities with nitrate level of 5 ppm or higher without treatment systems, about 70% of those communities are in just 10 states, including California, Texas, Kansas, Pennsylvania, Oklahoma, Washington, Arizona, Illinois, Nebraska and New York.

Private well owners are not required to comply with the federal nitrate limit of 10 ppm. EWG said more than 43 million Americans source their drinking water through private wells.

EWG used a method created at the University of California at Davis to make an estimate of the range of nitrate treatment costs per 1,000 gallons of water treated.

"Though water systems lacking nitrate treatment are clustered in farming areas of the Midwest and California, they are found in a total of 43 states," the analysis said.

EWG pointed to the town of Hiawatha, Kansas, as an example of how expensive drinking water systems can be. In October 2017, the town started construction on a treatment plant that includes an ion exchange system after nitrate levels hit 11 ppm a few months before. The plant is expected to cost the town of 3,300 an estimated $3.5 million.

The study said the town of Coates, Minnesota, is home to about 160 people. EWG said Minnesota Department of Agriculture data show more than half of the private wells in the community may have nitrate levels above 10 ppm.

"The national number of private wells with nitrate levels above the lower cancer threshold is unknown, but would be much higher," the EWG said. "An estimated 17% of the groundwater area in Nebraska, and 10% of that in California, is contaminated with nitrate above 5 ppm."

The EWG report also points to examples of how voluntary conservation measures are not helping.

Edgerton, Minnesota, with a population of fewer than 1,200, built a treatment plant to deal with rising nitrate levels at a cost of about $3,500 per resident back in the 1990s.

In response, the city created a voluntary plan to help farmers manage fertilizer and retire cropland.

Nitrate levels in the water supply dropped by half and treatment costs were lowered. "But when crop prices jumped in 2005, farmers again planted crops on land that had been set aside. Nitrate levels increased and so did the cost of treatment," EWG said. 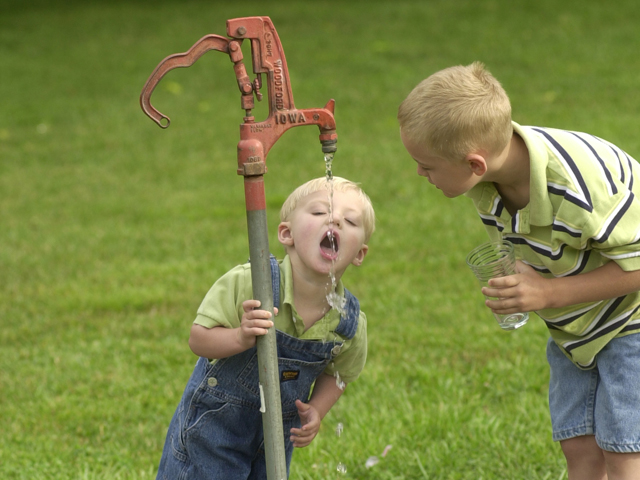