OMAHA (DTN) -- Bayer vowed to fight for glyphosate on Tuesday in filing a motion to have a multi-million-dollar verdict reversed in a California court in the case of Dewayne Johnson, who convinced a jury his non-Hodgkin's lymphoma was caused by using Roundup.

A jury in the Superior Court of the state of California in San Francisco on Aug. 10 awarded Johnson $289 million in damages in his lawsuit that claimed his exposure to Roundup as a groundskeeper caused his cancer.

In post-trial motions filed with the court on Tuesday in Johnson v. Monsanto, Bayer asked the court to consider vacating the decision or to set aside or modify the damages amount.

Bayer issued a statement on Wednesday saying it will continue to stand up for glyphosate.

"While we are sympathetic to Mr. Johnson and his family, glyphosate is not responsible for his illness, and the verdict in this case should be reversed or set aside," Bayer said in a statement. "The jury's decision is wholly at odds with over 40 years of real-world use, an extensive body of scientific data and analysis, including in-depth reviews by regulatory authorities in the U.S. and EU, and approvals in 160 countries, which support the conclusion that glyphosate-based herbicides are safe for use and do not cause cancer in humans.

"The plaintiff failed to prove at trial that glyphosate caused his cancer, and his own counsel and experts admitted that the epidemiological evidence -- the best and most direct evidence on human causation -- fell well below the causation standard required under California law. Bayer stands behind these products and will vigorously defend them."

Agricultural crops genetically engineered to withstand glyphosate have greatly expanded the use of the chemistry since 1996. Glyphosate is also used in forestry, urban, lawn and garden applications. Bayer also had glyphosate in its portfolio before acquiring Monsanto.

Guy Smith, a farmer in the United Kingdom and current deputy director of the UK's National Farmers Union, said during a press conference in Monheim, Germany, on Tuesday that farmers need glyphosate, but more than that, decisions need to be based on good science.

He told journalists he sensed fatalism in their questions and it was as if he was hearing: "The politicians run this, we're going to lose it (glyphosate), stick your hands up and move on."

Smith said if farmers lose glyphosate for "no other reason" than non-governmental organizations oppose it, "then once glyphosate is banned, what's up next? And if we don't base this on good science, where are we going? That's why my union will fight to the last ditch to keep this product."

Johnson's attorneys alleged during trial that his illness was caused by Roundup and Ranger Pro, both Monsanto glyphosate herbicides.

In August, a judge in Brazil also suspended the use of products containing glyphosate until the government re-evaluates the chemical's toxicology.

Earlier this year, California regulators failed in an attempt to label glyphosate products as "known to cause cancer." 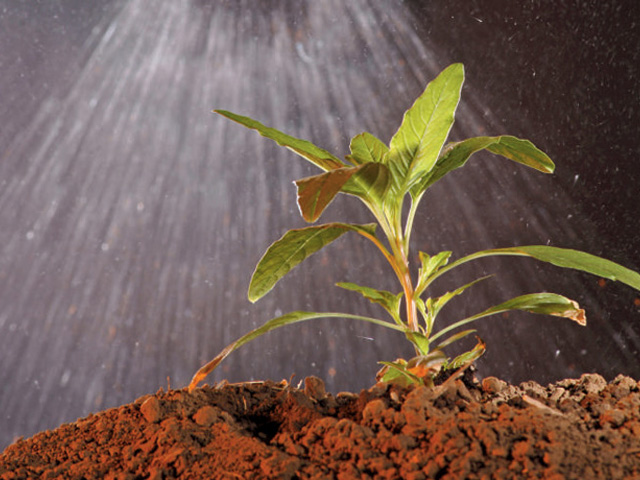