ROCKVILLE, Md. (DTN) -- Monday marks the deadline for the American food industry to rid itself of trans fats, and it couldn't come at a better time for the high oleic soybean industry.

Trans fats are a type of unsaturated fat that are a major contributor to high cholesterol and heart disease. They are produced when vegetable oils -- such as soybean oil -- are partially hydrogenated, a process used to give oils desirable properties such as a longer shelf life.

That's where high oleic soybeans come in. These types of specialty soybeans have been bred to produce oil that has no trans fats and produces a more stable cooking oil, thus eliminating the need for hydrogenation.

Companies and universities have spent more than a decade creating high oleic varieties, some of which are genetically modified (GM). Those GM varieties -- Monsanto's Vistive Gold and Pioneer's Plenish soybeans (now owned by Corteva Agriscience) -- were held up for years by international regulations.

The final required international import approvals came through for Vistive Gold in June 2017 and for Plenish in January 2018 -- just in time for the Food and Drug Administration's ban on trans fats to officially begin. A handful of smaller companies are also commercializing non-GM high oleic soybean varieties this year.

"It's now full steam ahead," said John Motter, an Ohio farmer who has grown high oleic soybeans for eight years. He is also the chairman of the strategic management committee for the United Soybean Board (USB), which has worked to create a market for these beans. "We're just trying to find the end users to continue to grow the demand for the product," he said.

"THE HORSE IS BACK IN THE BARN"

The FDA's ban on trans fats begins Monday, June 18, but the movement against this class of fats started nearly 40 years ago, noted Walter Willett, a Harvard professor who did some of the earliest research showing that trans fats contributed to heart disease.

The first studies formally showing this link were published in the early 1990s, but it would take decades of replicated research and lobbying before the FDA took action, he noted. In 2006, the agency began requiring companies to label products with trans fats. By 2013, the FDA proposed removing trans fats from the category of food ingredients "generally regarded as safe," which would effectively ban the ingredient for American food manufacturers. In June of 2015, that measure was enacted, and the industry was given three years to rid itself of trans fats.

In some ways, Monday's official start to the ban is an anti-climax, Willet noted. The Grocery Manufacturer's Association has estimated trans fats use in the U.S. is already reduced by 98%.

"The horse is back in the barn already, but it is a really important day to solidify that consumers can now be confident that their food is not going to be loaded with trans fats anymore," Willet said on a conference call hosted by the Center for Science in the Public Interest on Monday.

Even before the FDA acted in 2013, trans fats had gained an unpopular reputation and the food industry was actively searching for oils that wouldn't require hydrogenation.

That led to growth in the use of alternative oils such as palm oil or high oleic canola oil -- which gutted soybean oil's market share by more than 20%, noted David Tegeder, senior marketing manager for Corteva Agriscience. The USB estimates that the industry lost 4 billion pounds of annual soybean demand once trans fat labeling went into effect in 2006.

The growth of the soybean biodiesel industry helped recover some of that lost soybean demand, but not all, Motter said. "There is a limit to how much oil we can use in biodiesel," he said. "If we saturate that market, what are our chances to win back the edible oil market? The game is high oleic."

The situation was initially a "catch-22" for farmers and companies, who could produce high oleic soybeans, but didn't immediately have a market ready and waiting, noted Willet.

But, slowly, processors came on board, acreage swelled and more high oleic varieties joined the market.

In addition to the GM high oleic varieties from Corteva and Monsanto, Schillinger Genetics, an Iowa-based seed company, has released two non-GM high oleic soybeans this year, after licensing the trait from the Missouri Soybean Merchandising Council. A Minnesota-based specialty-food ingredient company called Calyxt is targeting the upper Midwest for production of its non-GM high oleic soybean, created via gene editing.

Altogether, USB estimates that around 650,000 acres were planted to high oleic soybeans last year, across 12 states, with maturity groups ranging from 2.0 to 4.2. Farmers send them to a handful of participating processors, namely ADM, Bunge, Perdue Agribusiness and Zeeland Farm Services, which crush the beans, refine the oil and market it to the food service industry, food manufacturers and even industrial users, such as motor oil manufacturers.

With international market approvals in hand, Corteva expects demand for Plenish oil to rise, Tegeder said. "In 2018, Plenish high oleic soybeans will be planted on about 350,000 acres in several states," he told DTN in an email. "We're expecting a significant increase in oil demand for 2018 and look to double acres for 2019 accordingly."

The industry's goal is 16 million high oleic acres by 2023, with maturity groups ranging from 0 to 5, Motter added.

Before that can happen, food processors, food industry end users and farmers will have to do a lot of coordinating, he said.

"While we have the global approvals for all high oleic soybeans now, it takes about a year for the end user to switch a formula to use it," he said. "So there is a constantly a year's drag on the market." 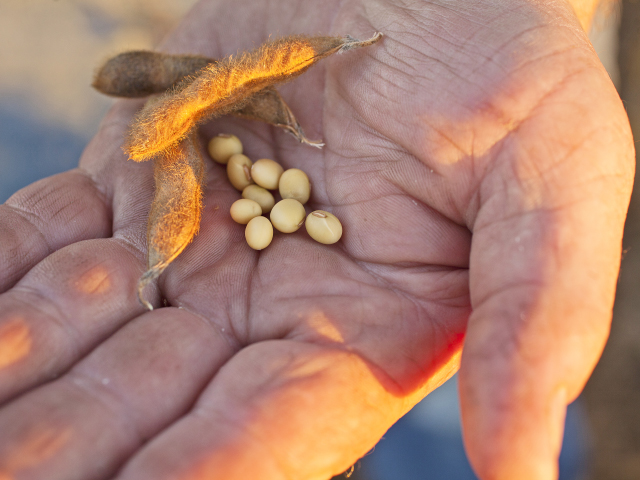