OMAHA (DTN) -- The harsh drought over the southwestern U.S. is expected to last through most of the summer.

That's the forecast from a drought and forecast update webinar held May 23. National Drought Mitigation Center climatologist Brian Fuchs offered a grim outlook for the region. More than two-thirds of the southwestern U.S. is already in some stage of drought; close to 40% of the region is in "extreme" or "exceptional" drought. Rangeland has almost no green areas. Livestock ponds are dried up. Death loss has been dramatic for both domestic livestock and wild animals, with very little grass for grazing and many dry stock ponds.

The drought set in quickly. At the start of the "Water Year" back on Oct. 1, only 5% of the Southwest was in some stage of drought. But drought development was enhanced by the Pacific Ocean moving to a La Nina cool-water phase during the fall and winter of 2017-18. "Going into La Nina, and knowing the analog response, we knew that a La Nina winter was going to be problematic," Fuchs said. "Going into it, we were very concerned."

Temperatures have contributed to this intense drought as well. "Since last October to the present, there are many stations recording 2 to 4 degrees (Fahrenheit) or 4 to 6 (degrees F) above normal; even pockets are Colorado have posted 6 to 8 degrees above normal," Fuchs said. That warming also showed up at higher elevations. "Precipitation that usually falls as snow did not. We had snow only at the highest elevations," Fuchs said.

Very little improvement is forecast through at least June. July, August and September will be closely watched for the prospect of rain improving during the southwestern U.S. summer monsoon season. "During summer, the monsoon signal is expanding," Fuchs said. "That has a direct relation to above-normal precipitation forecast for the Four Corners."

However, the monsoon season does not offer a complete reversal of the drought. National Oceanic and Atmospheric Administration (NOAA) records indicate that the southwestern monsoon typically produces from about one-third to one-half the region's annual precipitation. That's not enough to end the drought.

Water supply is obviously looking to be very short throughout the summer. "In Colorado, many rivers are either the second- or third-lowest on record," Fuchs said. "The Lake Powell inflow forecast is 42% of average, the fifth-lowest dating back to 1964. The lack of snow will resonate through the entire region."

In addition to monsoon performance hopes, Fuchs noted that Pacific Ocean temperatures are forecast to move to above-normal levels during the 2018 fall season, possibly warm enough to create an El Nino event. "That would impact the weather patterns in the southwestern U.S.," Fuchs said. El Nino tends to bring more precipitation to the region, which would be welcome. "We've had a fairly long period of La Nina influence," Fuchs said. 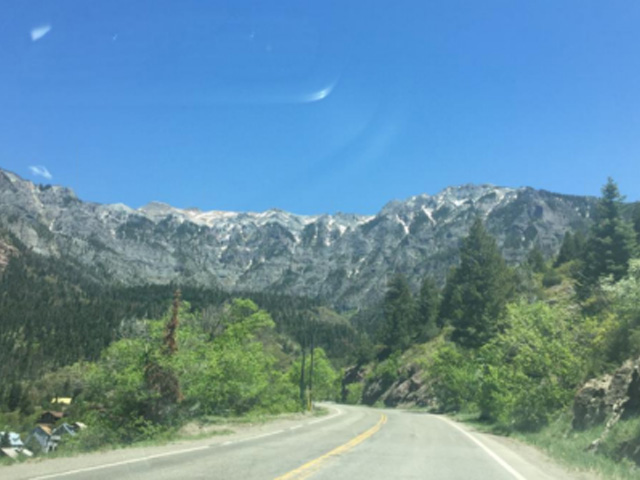