The last week (actually just over a week if you go back to Thursday, May 10) has been extraordinary, considering all the "lies" and "damned lies" (thank you Mark Twain) regarding soybeans. In times like these, a person has to have rules to follow, or they will get run over by rumor and misinformation.

Let's start with the May round of USDA reports -- you know, the ones that include the government's "initial" (actually third) look at new-crop supply and demand. In May, USDA's next first guess of 2018-19 U.S. ending stocks of soybeans came in at 415 million bushels (mb), down from the 460 mb it released in its major presentation at the much ballyhooed Outlook Forum in late February, but more than the 376 mb calculated in its baseline report from mid-February.

As we all know ending stocks are derived by subtracting total demand from total supplies, simple enough, but this is where the problem is.

Total supplies consist of beginning stocks, production and imports. Of these three inputs, USDA has actual, indisputable data on... none of them. The best it can do on imports is to average the past year's final numbers, ignoring for the time being the muddied global trade waters (more on that later).

Production is the result of national average yield, subject to change by the unknown weather variable, times harvested area, which itself is the result of an unknown number of planter acres, times the average of a variable differential.

From this actually unknown total supply figure, USDA subtracts an equally unknown figure of total demand. Remember the muddied global trade waters I mentioned earlier? Now throw in the much discussed, but still unclear amount of damage, done to Argentina's soybean crop this past harvest, and what it might/could mean regarding Chinese demand for U.S. soybeans. Again, I will return to this subject a little later.

What did I leave out of the discussion of this equation? I'll give you a minute to go back and look.

If we just use the previous four years of USDA domestic soybean ending stocks monthly guesses, prior to the 2017-18 marketing year, we see that the final quarterly stocks number released in September has averaged coming in at 53.4% of USDA's highest guess over the prior 18 months of reports. For this crop cycle, the high guess so far has been 555 mb in USDA's March report. Last week, this was dropped, seasonally or cyclically, to 530 mb. If the average of the last four years holds true, the September 2018 Quarterly Stocks report should have soybeans near 300 mb. However, if the odd-year pattern of 49% (2013-14) and 39% (2015-16) occurs at the end of 2017-18, the September quarterly stocks figure could be closer to 250 mb. Think for a moment how that would change USDA's 2018-19 ending stocks guess.

The other set of lies also comes from the current Administration, or not, depending on what the truth turns out to be. This past Monday, a story broke that a trade deal between the U.S. and China was reached, only to be quashed later in the afternoon by Commerce Secretary Ross, as he said something to the effect of "the gap is as wide as it has ever been."

Late this week, Thursday afternoon into evening to be exact, another set of stories started circulating that China had agreed to not impose trade tariffs on U.S. agricultural commodities, including soybeans, and return paid anti-dumping fees on grain sorghum. This, after the President downplayed "the prospect of successful trade talks with China," stating that China has become "very spoiled," according to one news source. My response to the DTN staff when I saw the story was that a deal had likely been made. Just because.

So with all the untruths and misinformation swirling around the soybean market these days, how do we know what's what? It comes down to following simple rules to eliminate the noise.

The first of these is to not get crossways with the trend. Most of you know I spend a great deal of time discussing trend (price direction over time), because it indicates what the flow of money is doing in a particular market. The minor (short-term) trend on daily charts for both old-crop July and new-crop November soybeans are nearing upturns after testing short-term technical price support earlier this week. On the other hand, secondary (intermediate-term) trends on weekly charts have turned down for both old-crop and new-crop, indicating (and confirmed by weekly CFTC Commitments of Traders reports) that investment money is flowing out of the markets. Lastly, the major (long-term) trends of futures and cash remain sideways, though some would argue sideways-to-up is more fitting.

The second rule is just as important: Let the market dictate your actions. Here I'm talking about what we can tell about fundamentals by looking at futures spreads and basis. If we focus on futures spreads, the old-crop July-to-August is still neutral, but trending down (strengthening carry). This would suggest old-crop fundamentals are growing less bullish -- more bearish than before, but certainly not to the tune of 530 mb of domestic ending stocks. However, the weak carry of the new-crop November-to-January futures spread remains bullish, indicating that the 2018-19 ending stocks situation could be much tighter than USDA's "initial" guess of 415 mb.

I'll close this column with another quote attributed to Twain (Mark, not Shania), "Truth is stranger than fiction, but it is because fiction is obliged to stick to possibilities; truth isn't."

Editor's Note: We're sharing this week's Newsom on the Market commentary from DTN Senior Analyst Darin Newsom in our Top Stories segment across all DTN/The Progressive Farmer platforms. Newsom on the Market regularly appears Friday mornings on our DTN subscription products such as MyDTN. To find out more, visit http://www.dtn.com/…

Darin Newsom can be reached at darin.newsom@dtn.com 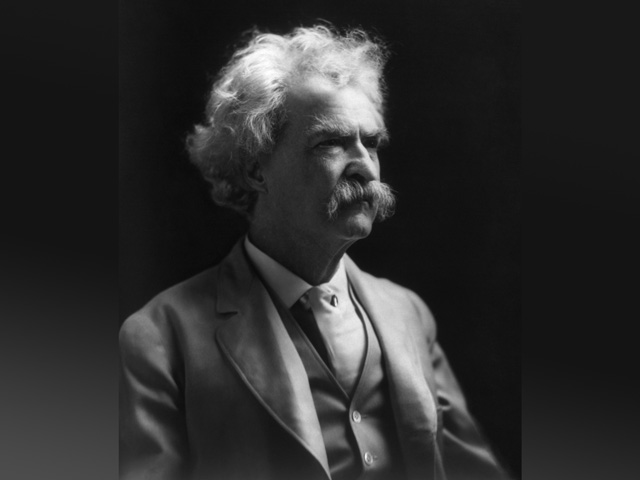