OMAHA (DTN) -- Average Nebraska agriculture land values declined for a fourth-consecutive year, according to preliminary results of a University of Nebraska-Lincoln survey released on Thursday.

The survey of land professionals that included appraisers, farm and ranch managers and agricultural bankers, points to low commodity prices and state property tax issues as the reasons for the continued fall.

UNL found average agricultural land values declined by 3% in the past year, and by 17% since reaching an average high of $3,315 per acre in 2014.

Reported values for tillable grazing land experienced the biggest declines at 6%, the highest of all land classes in the survey. When it comes to tillable grazing land, the losses were most significant in northeast Nebraska, falling an average of 11%. That was followed by central Nebraska at 10%.

VALUES IN OTHER STATES

In November 2017, the Chicago Federal Reserve Bank reported farmland values up or down 1% across that district.

However, values for all types of farmland in the Kansas City Federal Reserve district reportedly declined, as of February, by about 3% from a year ago.

The UNL survey showed dryland and irrigated cropland across Nebraska saw a reported decline in value by 1% to 7%.

Land classes serving the cow-calf industry, including grazing land and hay land, saw declines between 1% and 10% across Nebraska.

"According to survey participants, demand for beef and availability of forages during periods of drought were two of the major drivers for the future value of these land classes," according to a news release from UNL. "Recent increases in exports of beef from Nebraska to China remain critical for the value of cattle raised in the state."

When it comes to rental rates, the survey found cropland rent prices fell by an average of 2% to 5% across the state.

"Survey participants indicated that property taxes are one of the landowner's most critical concerns during rental negotiations," according to the survey results.

The survey results provide a breakout of average farmland values for eight districts in Nebraska.

Final survey results are scheduled to be published in June and will be available here: http://bit.ly/… 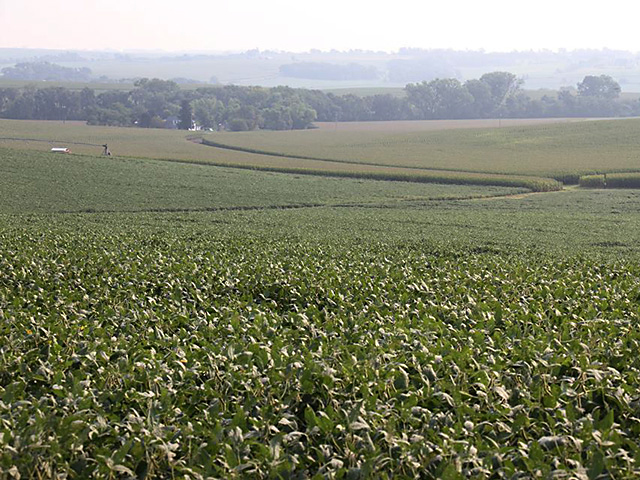