OMAHA (DTN) -- A federal judge on Tuesday sided with farmers in ruling that management decisions made by the U.S. Army Corps of Engineers were responsible for recurring floods that destroyed farm ground along the Missouri River.

In her ruling, Judge Nancy B. Firestone said that in five of the six years in question dating back to 2007, the Corps violated the takings clause in the Fifth Amendment of the U.S. Constitution by not compensating farmers for flood-damaged land. She disallowed flood claims in 2011.

Firestone ruled the Corps deprioritized flood control in 2004. That year, the Corps instituted the Missouri River Recovery Program to accelerate changes to the river to enhance wildlife habitats.

Phase one of the case in U.S. Court of Federal Claims in Washington, D.C., was the trial that just concluded. Phase two will be to determine individual farmer losses and compensation, expected to total near $300 million.

In her 259-page opinion, Firestone said the evidence established the Corps' changes to the river "had the effect of raising the Missouri River's water surface elevations in periods of high flows."

Firestone said in the ruling, "recurrent flooding in the Missouri River basin will continue into the future" and that farm land will continue to see blocked drainage because of expected higher river levels.

The lead plaintiff, Roger Ideker of St. Joseph, Missouri, and others sued the U.S. government for $250 million in the U.S. Court of Federal Claims in Washington, D.C., in 2014, claiming they were due compensation for land unlawfully taken in the flood. Ideker is one of the producers who fully proved his case.

Ideker and hundreds of other basin farmers have been working ever since the floods to return large chunks of land buried in sand back to production while holding out for a successful court case.

In a statement to DTN, Ideker said the ruling shows the federal government's management led to significant changes in the river.

"As a farmer and landowner who has experienced substantial losses from these floods, I'm extremely pleased with this outcome," he said. "It rightfully recognizes the government's responsibility for changing the river and subjecting us to more flooding than ever before."

R. Dan Boulware, lead counsel in the case for the farmers, said the battle has been long for producers who lost many acres of good ground.

"Although we do not concur with the court's conclusions regarding the 2011 flood event," he said in a statement to DTN, "we are very pleased with the court's conclusions regarding the Corps' changes to the river causing flooding, and we are certainly pleased with an outcome that will provide substantial compensation to plaintiffs living along the river who have suffered significant flood damage and losses throughout the past decade. We hope the Corps of Engineers will now be clear that we have a changed river -- one that is flood prone." 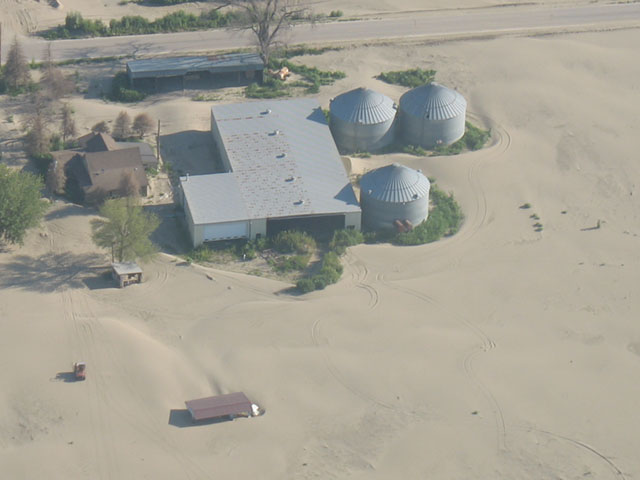