OMAHA (DTN) -- As we near the close, May corn is down 3 1/2 cents, May soybeans are down 22 cents and July K.C. wheat is down 12 3/4 cents. Grains remain lower on the day with the biggest percentage loss seen in May K.C. wheat and May soybeans a close second. May soybean meal is down $7.50, a possible sign that Argentina's crop problems have seen their peak impact on soybean and meal prices. The Dow Jones Industrial Average is up 382 points, benefitting from Friday morning's bullish news of a higher-than-expected increase in February's nonfarm payrolls. Most other commodities are higher.

Posted 11:53 -- May corn is down 3 cents, May soybeans are down 19 1/4 cents and July K.C. wheat is down 14 cents. Uptrends in soybeans, meal and winter wheat continue to take a hit Friday, ahead of the weekend and one day after USDA's latest estimates. Argentina has a chance for light to moderate showers in the seven-day forecast, but Friday's selling looks more like buying fatigue among traders after several weeks of higher prices. Most other commodities are higher, encouraged by Friday's bullish jobs news.

Posted 09:49 -- May corn is down 2 cents, May soybeans are down 16 cents and July K.C. wheat is down 11 cents. What started as commercial selling in soybeans early Friday has now attracted noncommercial selling as well. May soybean oil is down $0.35 at a new contract low. Winter wheat prices are falling back from last Friday's highs as drought in the southwestern Plains may be losing some of its price impact. The March U.S. dollar index is down 0.10, a curiously bearish response to news from the U.S. Labor Department that nonfarm payrolls increased 313,000 in February; much more than expected.


Posted 12:45 -- Trade across the livestock complex has remained volatile throughout the morning. Wide losses and gains have been seen in most markets through the session with the latest moves seen in cattle trade. There is growing support for April live cattle futures to hold $123 per cwt through the end of the week, which could help to spark some underlying support in the rest of the complex. Lean hog futures are mixed in a narrow range as most traders seem to be waiting until next week to step back into the market.

Posted 09:49 -- Livestock futures have backed away from early market shifts in the first hour of trade Friday. Moderate to strong pressure is developing in lean hog futures, as buyers were unable to hold early gains. Cattle futures have moved back from aggressive early losses with mixed trade seen early. 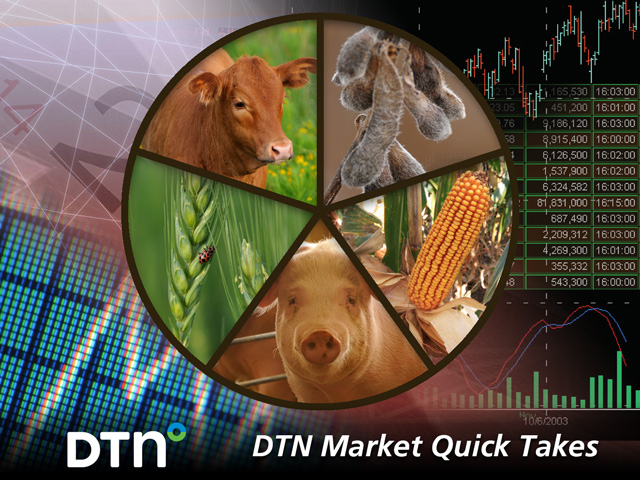