The House included changes to the cotton and dairy programs in the disaster bill to help victims of hurricanes and wildfires it passed in December, but that bill has languished in the Senate.

In a speech to the Crop Insurance Industry Annual Convention, Conaway signaled that he is no longer focused on just convincing the Senate to include the aid in the disaster bill.

Conaway said he had found a way to fix the cotton program in the farm bill, but that "dairymen need help now." He said that Title 1, the commodity title of the farm bill, is "on hold until we see what we get on a must-pass bill."

Asked by DTN if he had any other bill in mind, Conaway said he is not "an elitist" and would take any bill that has to get to President Donald Trump's desk.

Conaway also told reporters he doesn't expect members of the Freedom Caucus to oppose the farm bill as much as they did in 2014 because they want changes to the Supplemental Nutrition Assistance Program (SNAP) that will be included. Those changes, he said, will be focused on policy, not budget.

It has proven impossible to defend straightforward budget cuts in SNAP, Conaway said, but policy changes are different. All the hearings on SNAP, he said, focused on policy, not on spending. The bill would not take the elderly, the disabled or children off SNAP, he said, but would emphasize that people "who should be able to work should work" and that SNAP should "put them back on their own two feet."

The Congressional Budget Office has come close to providing scores on all titles of the farm bill, Conaway said. He repeated previous statements that he hopes to bring the farm bill up in committee in February or March, but that the schedule depends on getting a schedule for floor time in the House -- an issue he described as outside his control.

Noting that a farmer at a listening session had said "don't screw up crop insurance," Conaway said that should be the mantra in the farm bill debate. He said he does not expect any measures in the committee to cut crop insurance but that he expects "the standard traditional fistfights" over crop insurance on the House floor.

He told the industry representatives gathered here to settle any differences before the bill comes up and to refresh their relationships with other groups that have helped defend the program.

Means tests for Title 1 programs are understandable, he said, but there should be no size restrictions on crop insurance. "It is a risk that needs to get managed," he said.

House members who are certain to oppose the bill on final passage should not be able to offer "poison pill" amendments, Conaway said, adding that he plans to talk to the House Rules Committee about that practice.

"The good news" about the farm bill in 2018, Conaway said, is that he does not have to make any mandatory cuts like the $23 billion cut in the 2014 bill. Farm bill spending has actually come down $100 billion since 2014, mostly but not all due to reductions in SNAP as the economy has improved, he noted.

Senate Agriculture Committee Chairman Pat Roberts, R-Kan., would like to bring up a bill in March, but it probably won't be ready, Conaway said.

If both the House and Senate would pass the bill next month, a conference committee would have six months to work out the differences, he said. The choices in reconciling the two bills will not be any different in October than in August or September, he added, so it would be better to finish the bill before Sept. 30 when the current bill expires and provide certainty to all of agriculture.

"I will continue to push on the system to get this done on time," he said.

Conaway said his overall focus on the bill will be remembering that the 20% of Americans with the highest incomes spend more on food than the lowest 20% make in income. Most people live paycheck to paycheck, he noted.

The recently enacted tax reform bill will put "a little bit more money" in paychecks, he said, but his lens on the farm bill will be "What does it do to the cost of food?"

The Senate should change its rules to allow appropriations bills to pass with only 51 votes, but otherwise should maintain the 60-vote rule to end debate because that helps Republicans defend social issues such as gun rights when the Democrats control the Senate, he said.

Conaway said he has a fine relationship with Agriculture Secretary Sonny Perdue, but he can't say the same about Office of Management and Budget Director Mick Mulvaney, who is often a critic of farm programs. Mulvaney "is a good guy, but he just has a different viewpoint than I do and doesn't appreciate production agriculture," Conaway said. 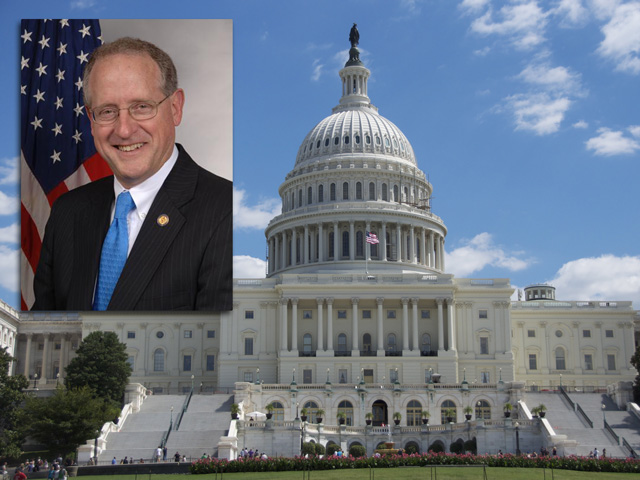