OMAHA (DTN) -- Dicamba-related off-target crop damage complaints will be consolidated in the U.S. District Court for the Eastern District of Missouri in St. Louis, according to an order issued Thursday by the U.S. Judicial Panel on Multidistrict Litigation (MDL).

Multiple lawsuits have been filed by farmers alleging off-target dicamba damage to crops in at least 24 states from dicamba-based products manufactured by Monsanto, BASF and DuPont. Lawsuits have sought the stoppage of sales of dicamba products under the names Xtend, Engenia, FeXapan and XtendiMax, and have also sought damages for crop losses.

In the order on Thursday, the panel said, "On the basis of the papers filed and the hearing session held, we find that these actions involve common questions of fact, and that centralization in the Eastern District of Missouri will serve the convenience of the parties and witnesses and promote the just and efficient conduct of this litigation.

"The actions share factual questions arising from allegations concerning the development, testing, and marketing of Monsanto's dicamba-resistant Xtend seeds and three dicamba herbicides -- XtendiMax, Engenia and FeXapan -- as well as allegations of injury from the use of those herbicides, either alone or in conjunction with the Xtend seeds."

The seven-judge panel heard oral arguments on Jan. 25 in Miami, Florida, on a motion by attorneys representing farmers in Arkansas, Illinois, Kansas and Missouri to move all the cases to one court.

According to the order, the panel considered those in opposition to centralizing the cases. Some of the reasons it was opposed included that each case filed in different courts across the country, was said to deal with unique issues.

"But, the existence of such issues, which is relatively commonplace in multi-district cases, does not negate the common ones, which here are sufficiently numerous, substantial, and complex to warrant creation of an MDL," the panel said.

"Centralization will eliminate duplicative discovery, the possibility of inconsistent rulings on class certification," the order said. 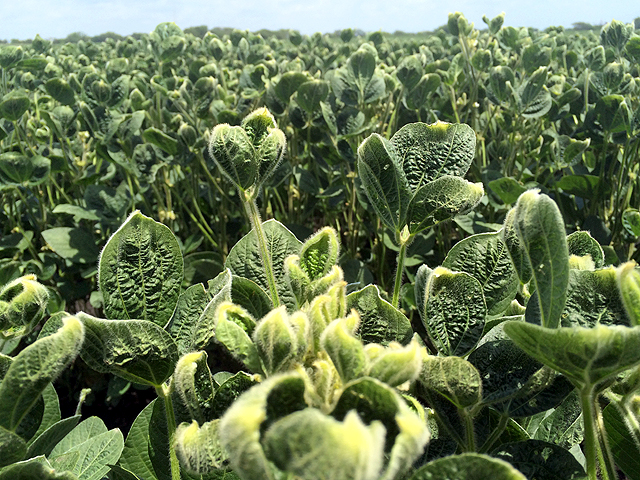